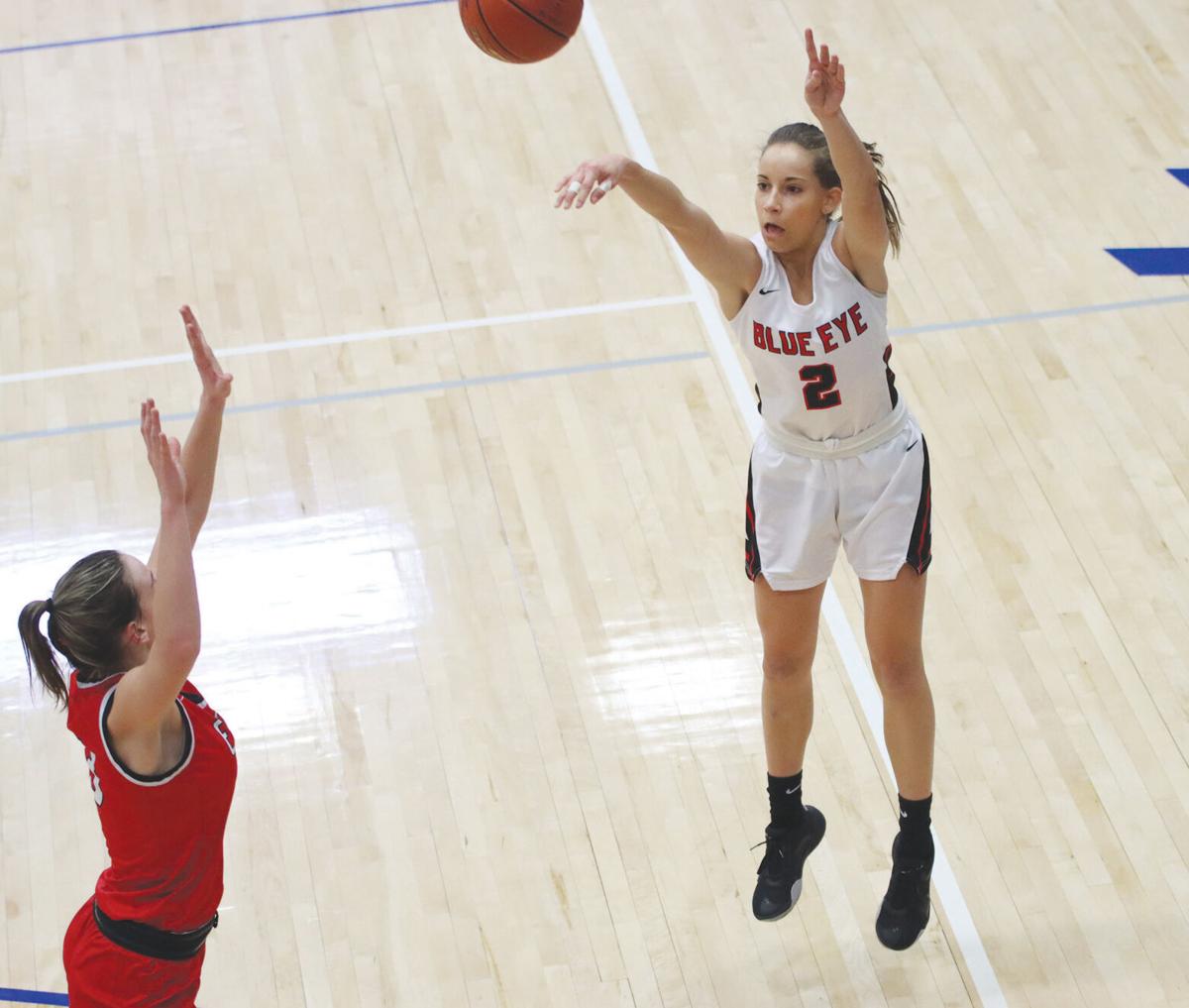 Junior Riley Arnold shoots a 3-pointer with space from her defender. Arnold’s ability to shoot was taken away by most teams, but she had more of a chance to score against El Dorado Springs. She ended with 16 points. 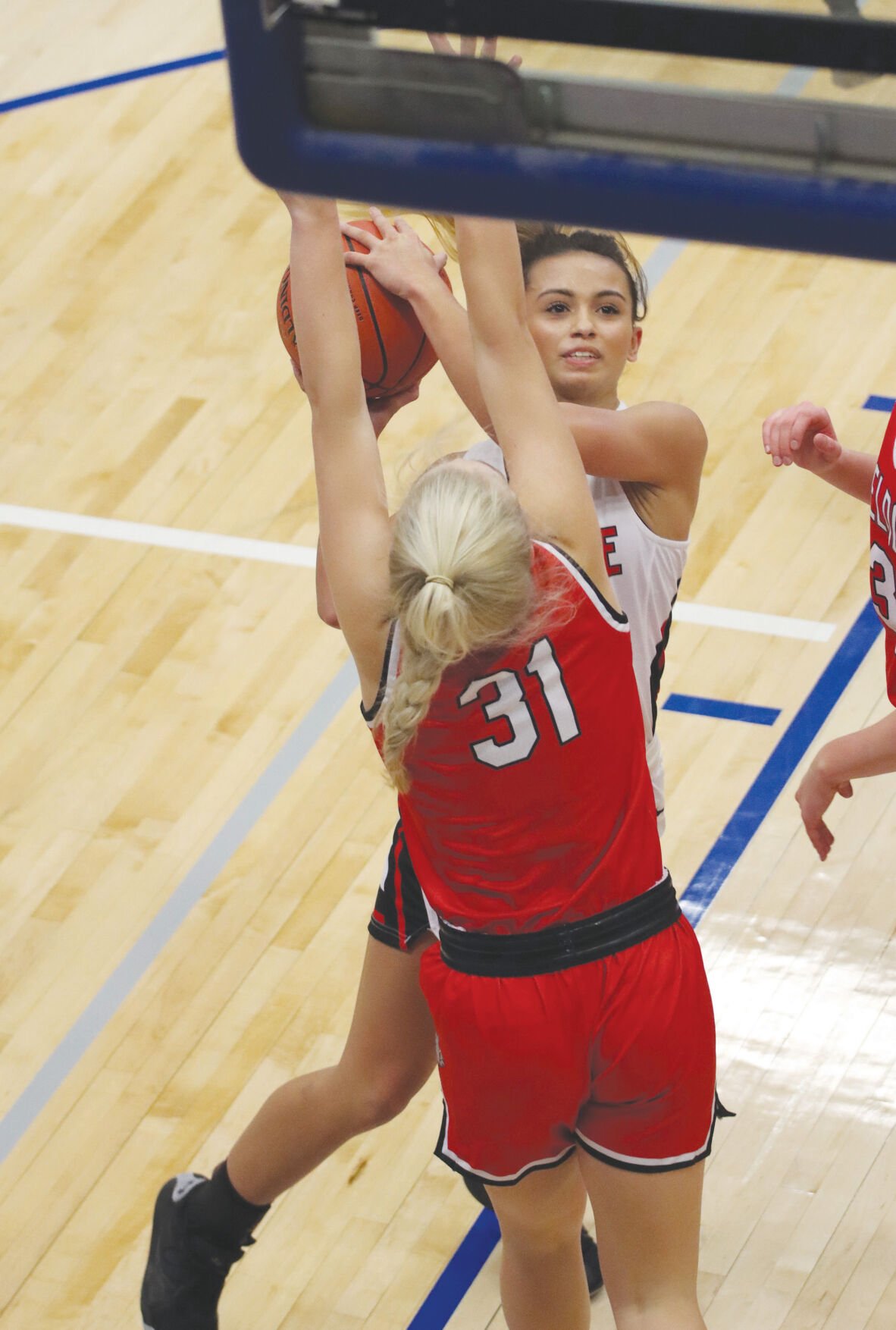 Junior Riley Arnold shoots a 3-pointer with space from her defender. Arnold’s ability to shoot was taken away by most teams, but she had more of a chance to score against El Dorado Springs. She ended with 16 points.

SPRINGFIELD, Mo. — It was a loaded week for the Blue Eye Lady Bulldogs.

They faced Class 6 Parkview, Class 6 Nixa, Class 6 Carthage and Class 4 El Dorado Springs in the Pink & White Lady Basketball Classic in a span of four days — and they only lost once.

The Blue Eye girls were one of the smallest schools in the tournament for either division, and they still managed to earn fifth place.

Nixa was the Lady Bulldogs’ only loss, which was by 10. Head coach Ken Elfrink said after the game the first quarter deficit allowed Nixa to hold on to lead for the entire game. Blue Eye got close a few times, but Nixa was able to respond and keep the lead.

Blue Eye almost lost to El Dorado Springs in the fifth place match on New Year’s Eve but pulled off the win in overtime.

The competition was the highest it’s been for the Lady Bulldogs this season. They’ve had competitive games that ended in losses, but this was the first time Blue Eye played teams with incredibly deep benches. Blue Eye typically rotates between seven different players.

The challenges were met, and Elfrink said his team came out better because of its experience in the tournament. The girls only had a few days off of games and start the Sparta Lady Classic on Jan. 7 against Pierce City.