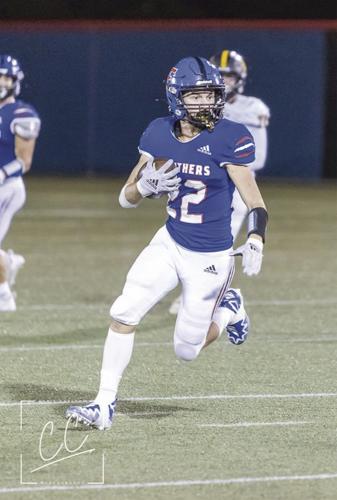 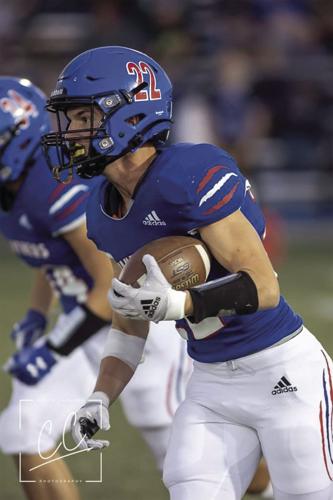 Zack Strahan, referred to as, “Zack Attack” by teammates. 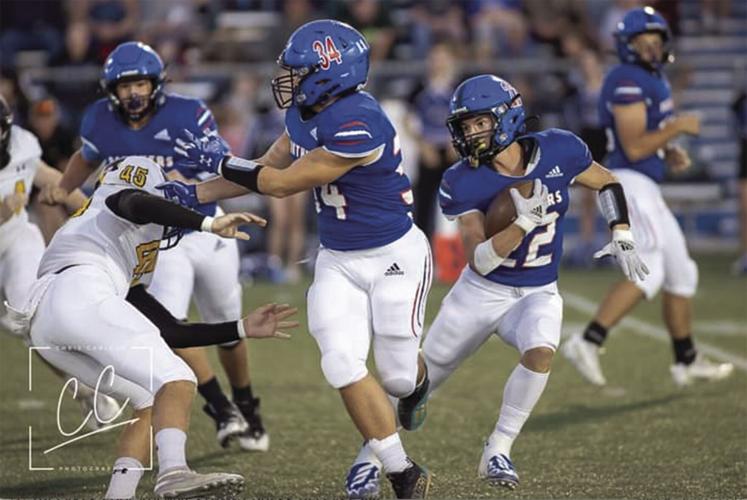 Zack Strahan, referred to as, “Zack Attack” by teammates.

Forsyth Panthers had a history making football season and their success, in part, was due to the talents of a player fans and students alike nicknamed Zack Attack.

Zack Strahan, a Senior from Kirbyville, showed skills on the football field helping his team become the Mid-Lake Champions this year.

Strahan only started playing football once he entered high school.

“I have been going to Forsyth for four years and started playing football my freshman year,” Strahan told Branson Tri-Lakes News. “Even though it has been short, I have thoroughly enjoyed my time as a football player. I have had the privilege of playing with some great players and coaches over the years.”

Strahan said he enjoyed competing this season because of his teammates.

“This team has meant the world to me this year. Prior to the season, all we heard was that we won’t do much this year, and we won’t be very good after losing basically our whole starting crew and a large senior class last year. This was discouraging but we knew there was a lot of work that needed to be done to prove people wrong,” Strahan said. “The 2022 team was the hardest working, nose-to-the-grindstone team I’ve ever been a part of. It was also one of the smallest high school teams I’ve ever seen which brought many challenges we had to overcome in itself.”

“The only people that thought we could win were in our community,” Strahan said. “Aside from all the negative talk and less-than-ideal situations, we made school history. All odds were against us going into the conference championship game. We were going into the game extremely confident with a huge win over Fair Grove for the first time in school history. This Strafford team was incredible and we needed to play extremely well to beat them. We did. It was the most well-rounded game we played so far and we did exactly what we needed to do to win.”

The championship game is an experience Strahan said he will always remember.

“I cannot even begin to explain the feeling after the game. Everything we had worked for this year, and even the past three years had finally come to us. Being conference champs can never be taken away from us and will be something to never forget.”

Strahan received a special honor this season, which he said he is extremely proud of.

“Individually, my best game this year was at Buffalo and I was named Chevy Dealers of the Ozarks player of the week afterward,” Strahan said.

Despite his talents on the gridiron, Strahan does not see football in his future.

“My future plans do not include football, but I will be going to C of O to play baseball, which I am very thrilled about,” Strahan said. “Forsyth football will always be part of my life and has taught me so much about the game, but also about life itself.”

Strahan said he will miss football, especially the comradery of his Panther brothers and the leadership of his coaches.

“My coaches have led me to be a good player and man, and my teammates are like brothers to me,” Strahan said. “I am very grateful to our community for supporting us immensely this year and creating an amazing environment to play football in. I will miss football and everyone I was around during these past few years.”

Strahan’s mom, Amy Strahan, said she is extremely proud of her son and the whole Panthers team.

“Zack is very self motivated and driven. He is an athlete, who also loves to sing at church and play guitar,” Amy said. “He sets goals for himself and works hard to get there. In football you can never just work for yourself, it takes everyone, holding the line, making blocks, throwing the ball, catching the ball and playing defense for any success to happen on the field. So, so proud of the Panthers for doing their job to make this season unforgettable! And thanks to the community for being behind them.”