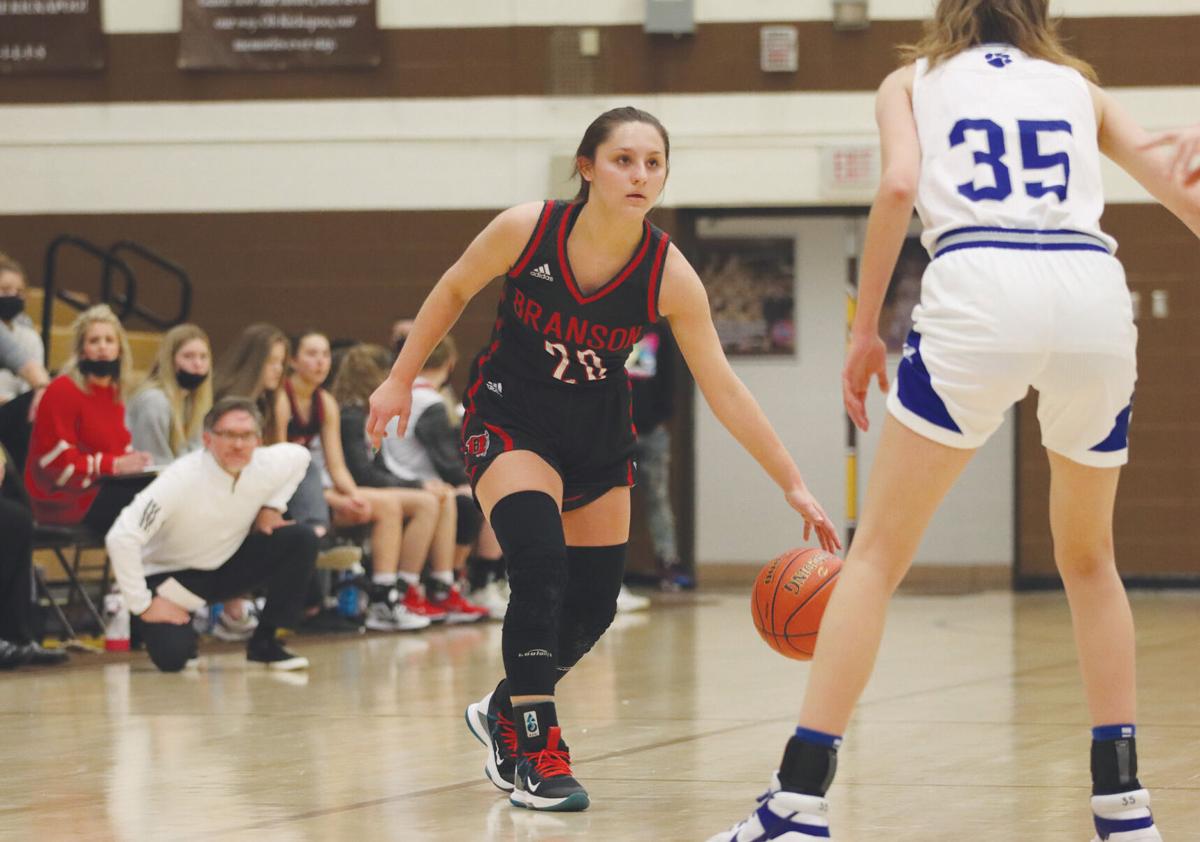 Junior Rachel Riveros dribbles the ball close to her while looking for an open lane around her defender. Riveros is one of the leaders for the Branson Lady Pirates this season. 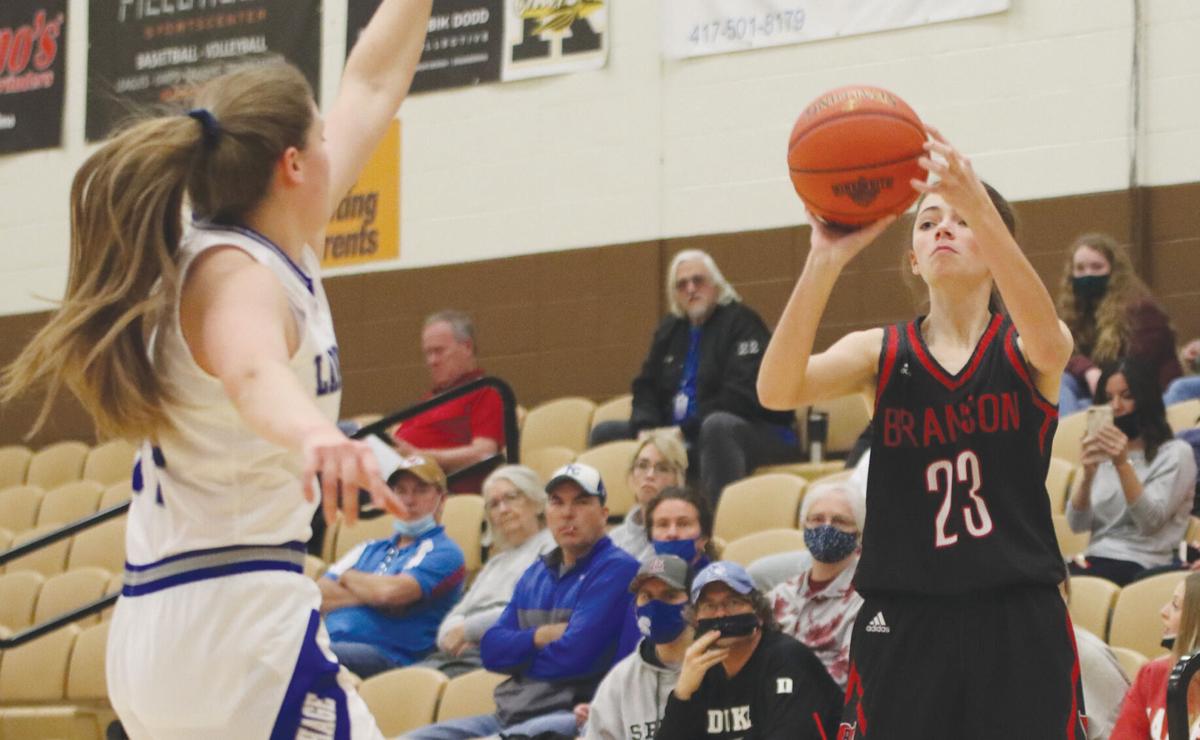 Freshman Maci Rogers shoots a 3-pointer while a Carthage defender steps to defend her.

Junior Rachel Riveros dribbles the ball close to her while looking for an open lane around her defender. Riveros is one of the leaders for the Branson Lady Pirates this season.

Freshman Maci Rogers shoots a 3-pointer while a Carthage defender steps to defend her.

SPRINGFIELD, Mo. — The Branson girls added two more losses to their record over winter break to continue a frustrating season.

Branson is 1-7 after losing 51-37 to Carthage in the opening round and 39-26 to Buffalo in the first game of the consolation bracket in the Pink & White Lady Basketball Classic. Branson’s only win this season was over Monett on Dec. 10.

Head coach Kip Bough said at the beginning of the season he knew this season would come with plenty of struggles. The Lady Pirates have no seniors, and several starting juniors from last season are still out with injuries.

Sophomore Ellie Hoenie and junior Rachel Riveros have been his team leaders this season. Bough coaches more through the game rather than waiting for timeouts as well. He said he knew he was going to have to throw several young players “into the fire” but he thinks it will benefit his team in future seasons.

The Lady Pirates will take a week off and host Marshfield on Jan. 7. Marshfield is currently 6-2.