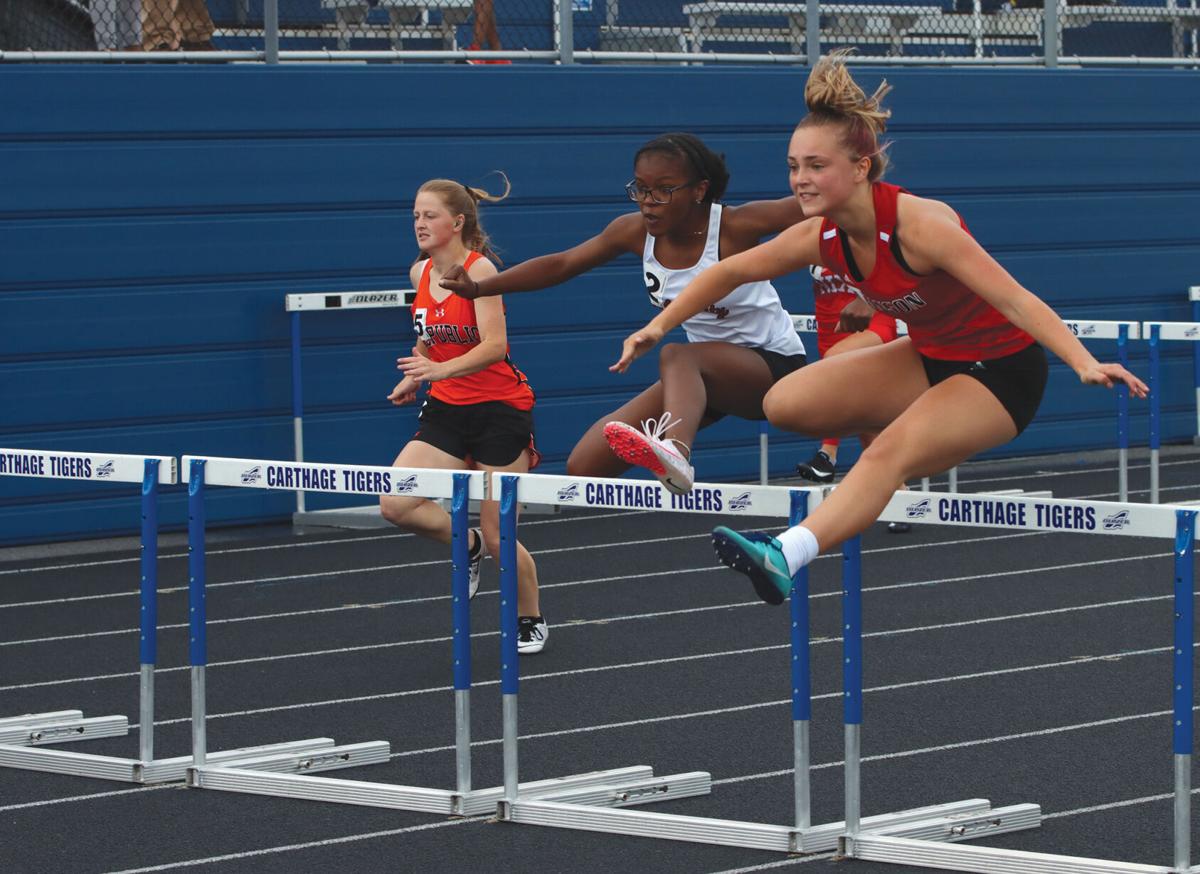 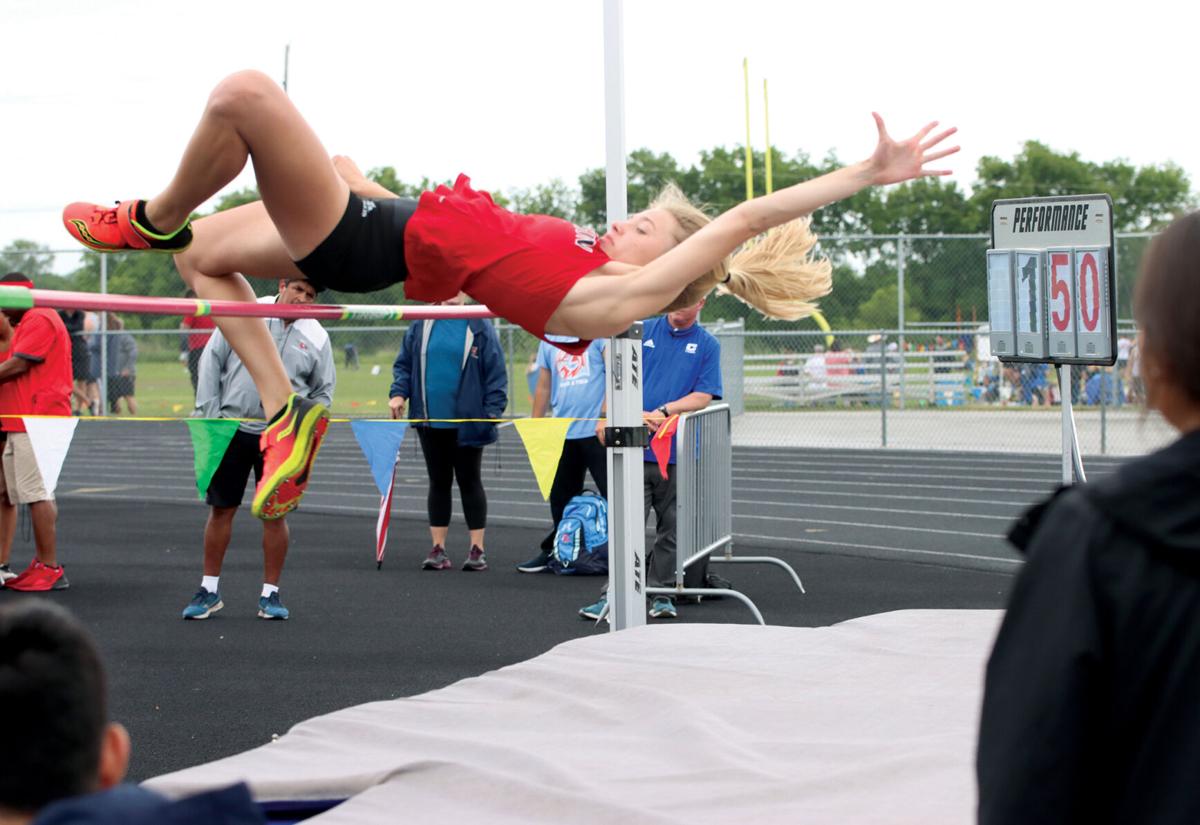 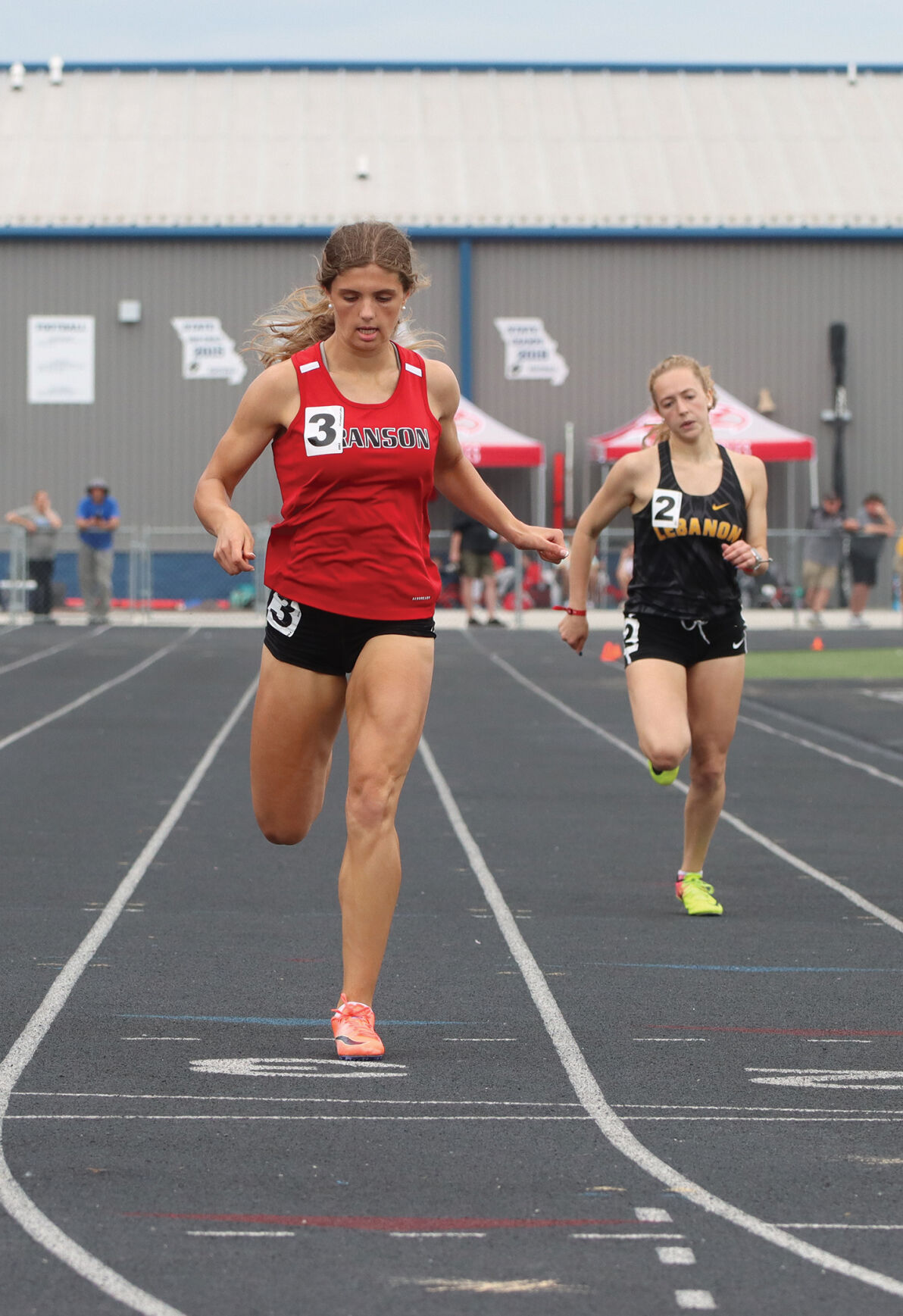 Cali Essick crosses the finish line in the 200-meter dash. 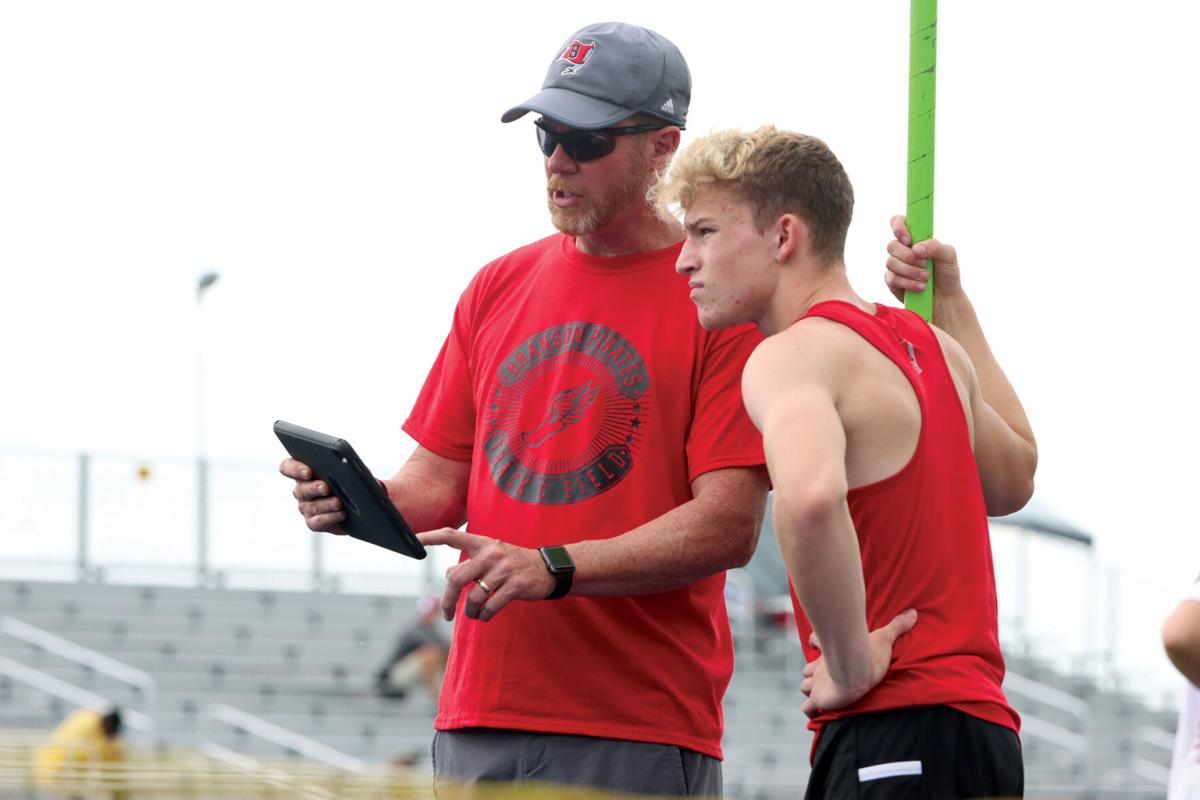 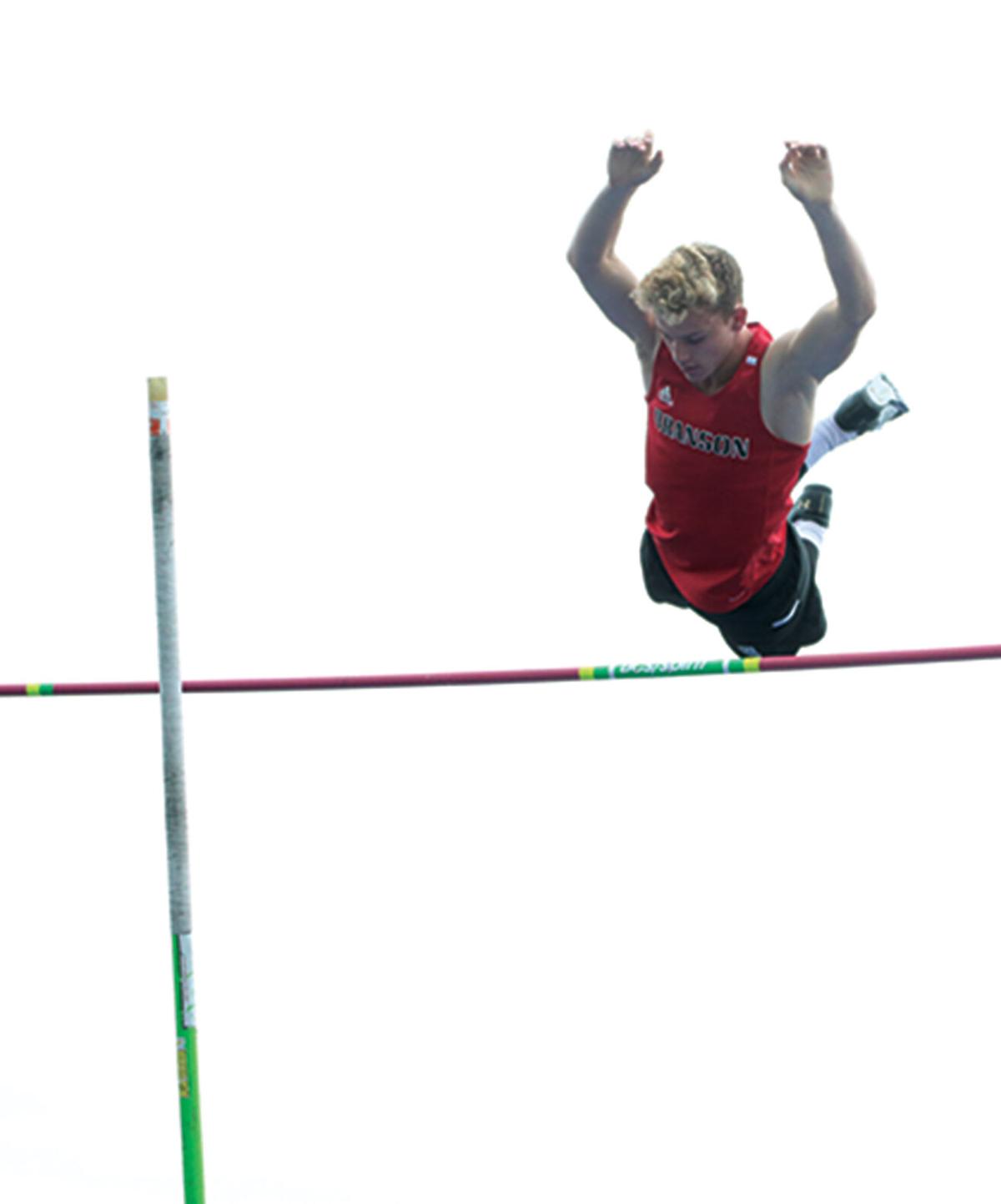 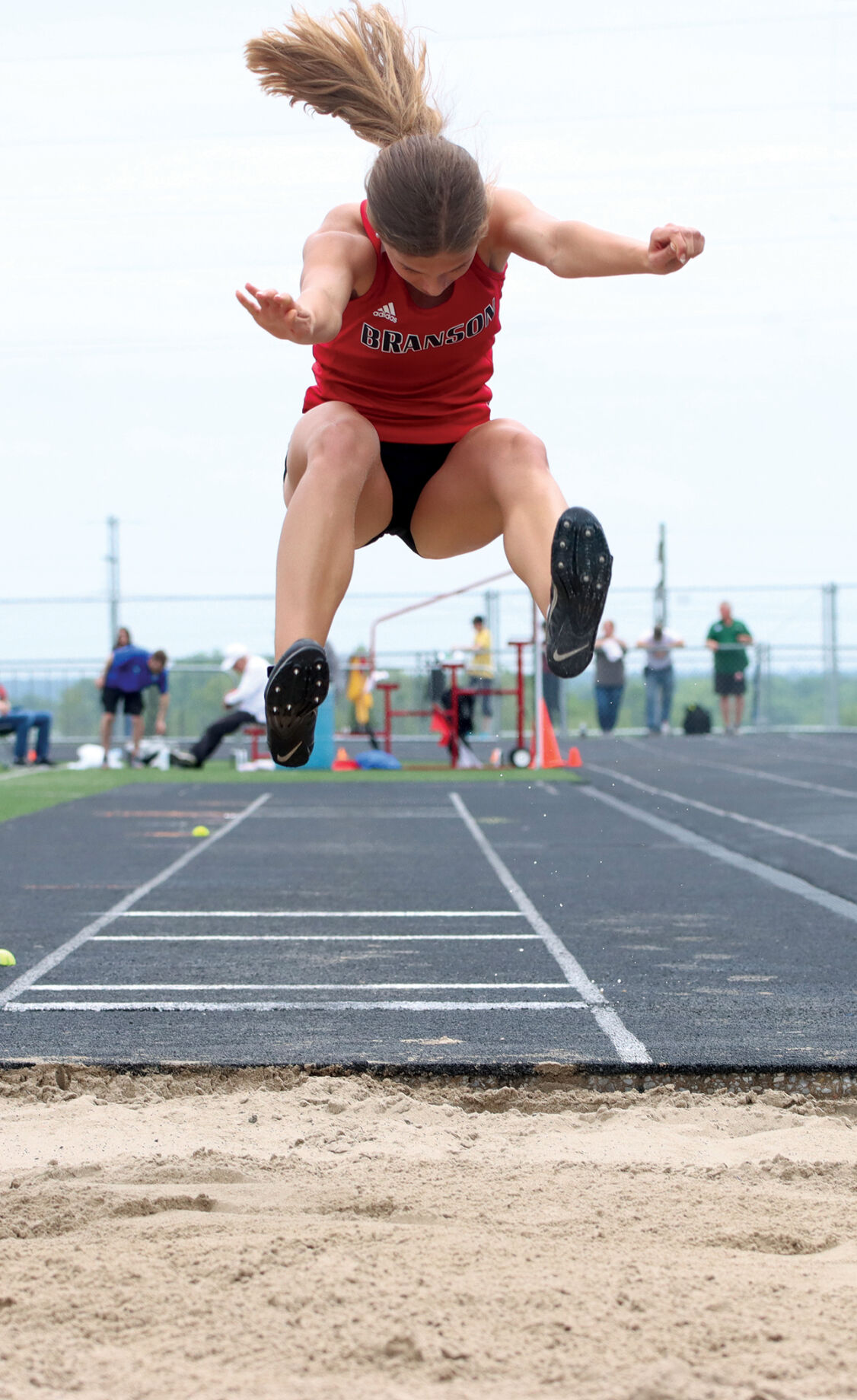 Cali Essick prepares to land in the long jump. 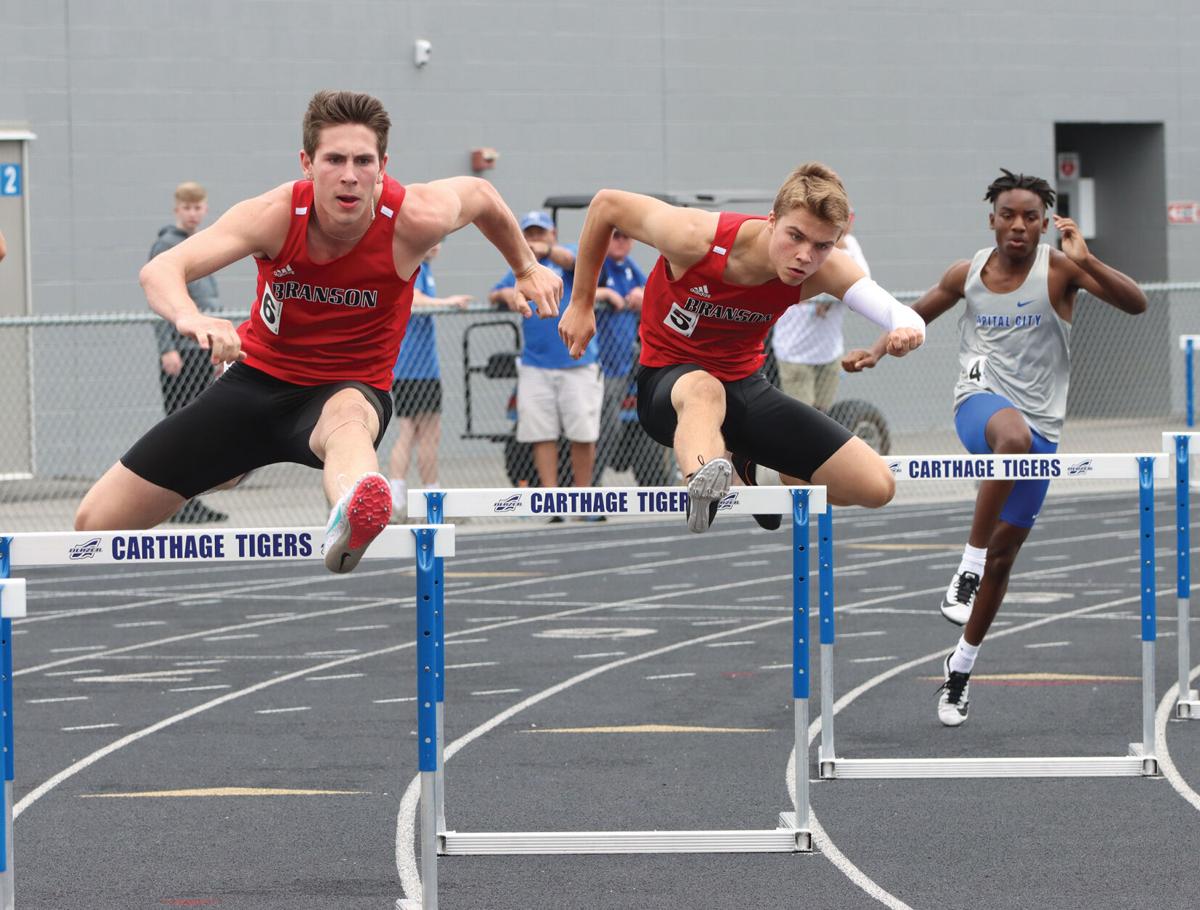 Payton McCormick and Colsen Conway round the curve in the 300-meter hurdles.

Cali Essick crosses the finish line in the 200-meter dash.

Cali Essick prepares to land in the long jump.

Payton McCormick and Colsen Conway round the curve in the 300-meter hurdles.

CARTHAGE, Mo. — Six athletes are moving on to the MSHSAA Class 5 State Track and Field Meet on Thursday, May 27, after their performances in the Sectional 3 meet on Saturday.

“It was a great day,” head coach Kevin Blackwell said. “We got a lot of kids through — some of them we didn’t expect — so we are very, very pleased.”

Junior Cali Essick continued her season of success, qualifying in all three of her events. She placed first in triple jump with a leap of 37 feet, 3.25 inches. She finished second in long jump and third in the 200-meter dash.

Senior Payton McCormick also qualified in multiple events, placing second in the 110-meter hurdles and 300-meter hurdles. Fellow hurdler, junior Colsen Conway, will also be making the trip to state after beating McCormick in the 300 hurdles for first place in 39.69 seconds.

The final three qualifiers were in field events.

Schweizer headlines past and present Tigers at track and field trials

“It’s so fun to watch kids take it to that next level — that’s what they have to do here to get through to the next level, and they did that,” Blackwell said.

Branson had several other athletes compete at sectionals that didn’t make it to the state competition, but Blackwell said that every one that competed at sectionals hit a personal record.

“Whether its a PR or first place, you want them to have success, and we had that,” Blackwell said.

The Pirates will compete in the state meet starting at 11 a.m. with girls high jump and boys pole vault at Adkins Stadium at Jefferson City High School.