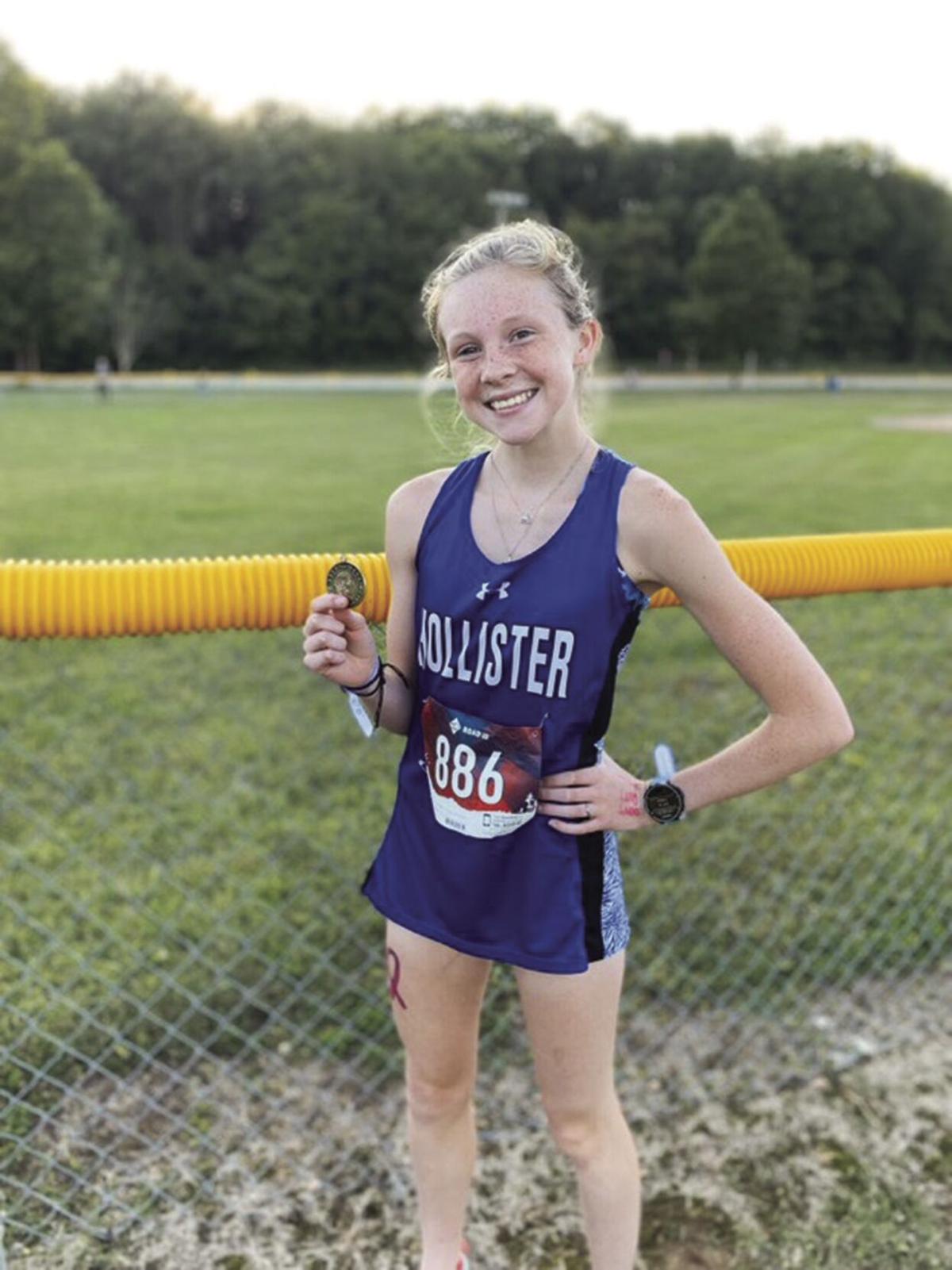 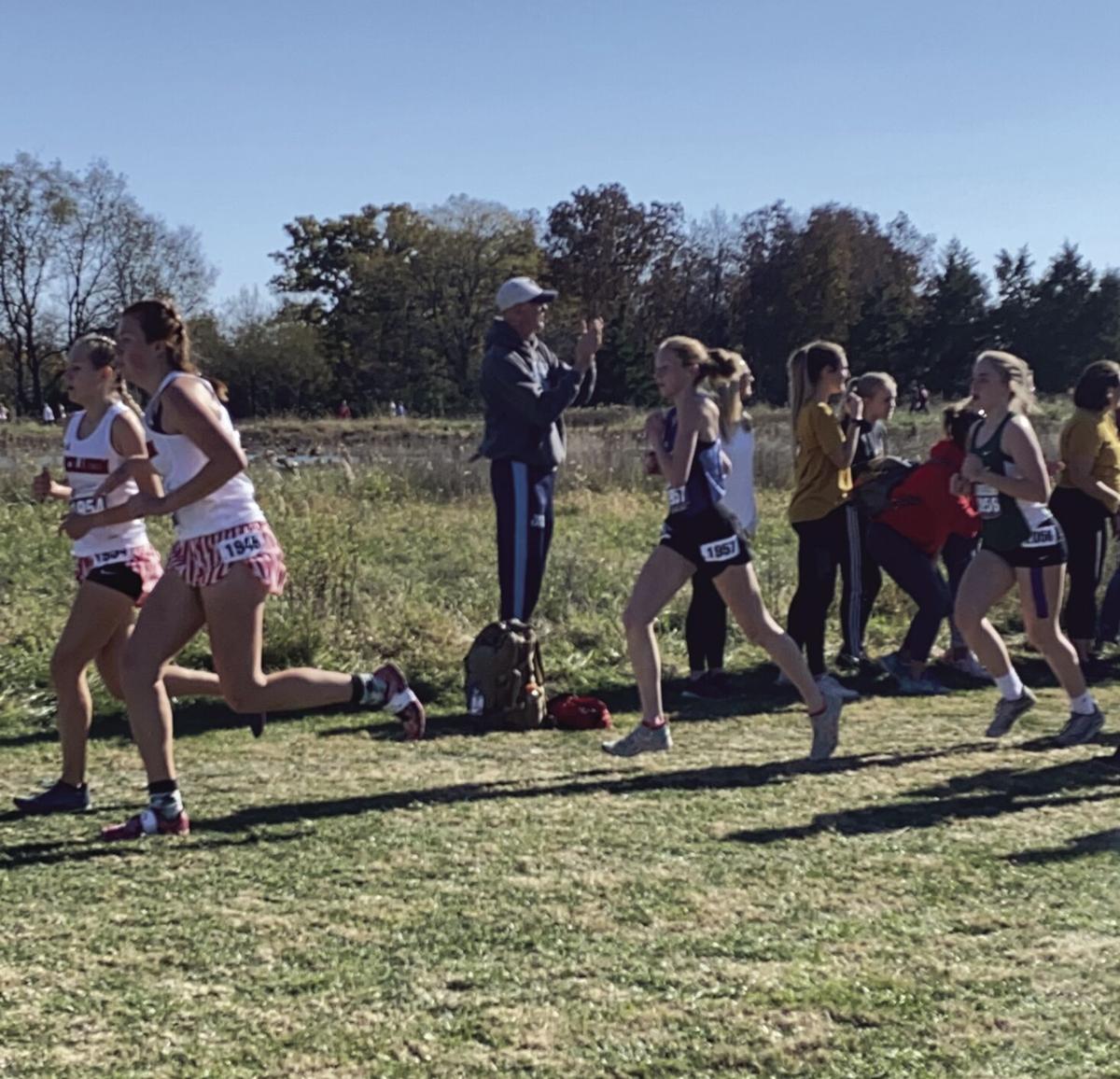 Kat Schaefer has found a passion for running. 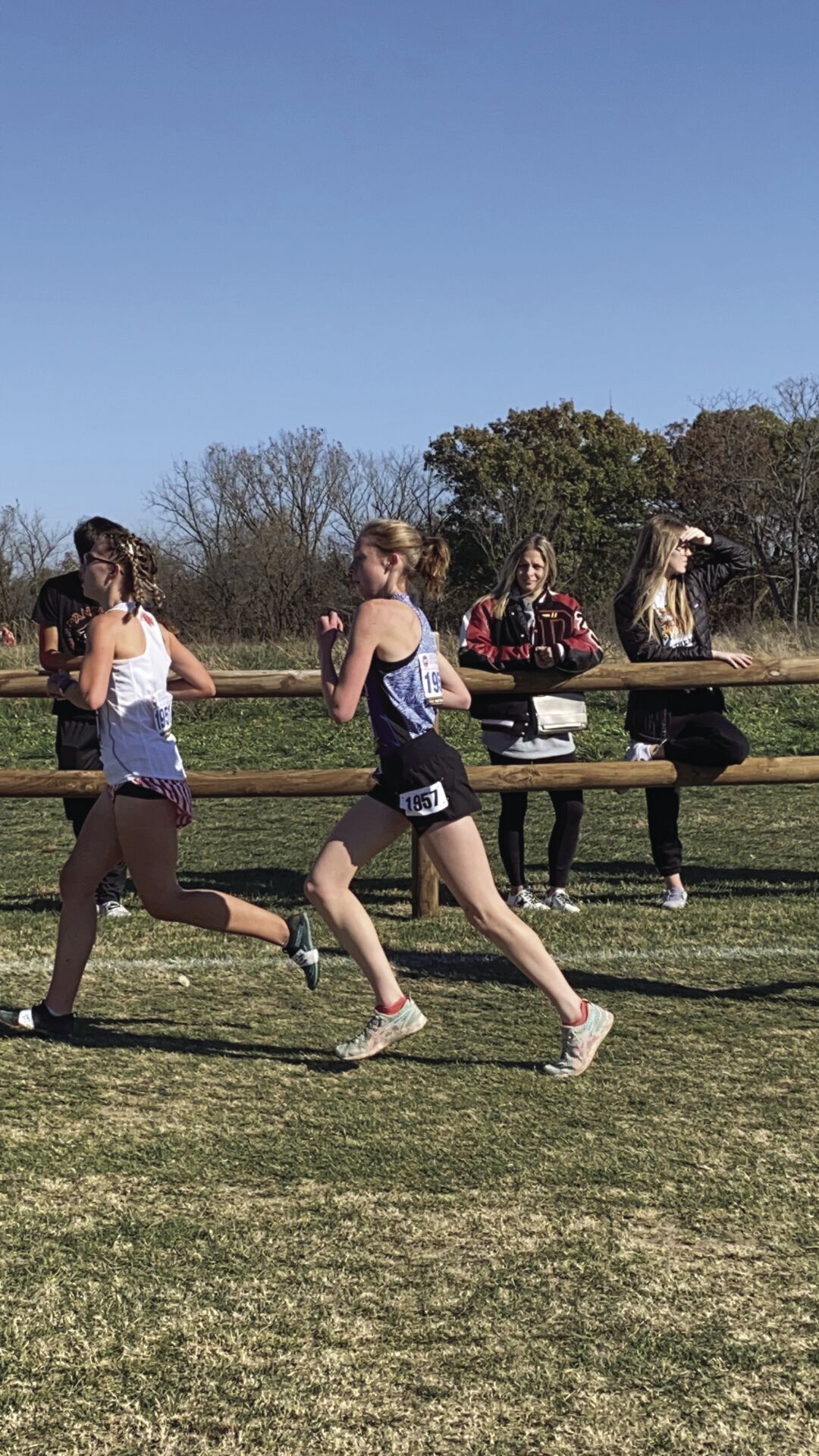 Hollister Cross Country team was proud to be able to send sophomore Kat Schaefer to states. 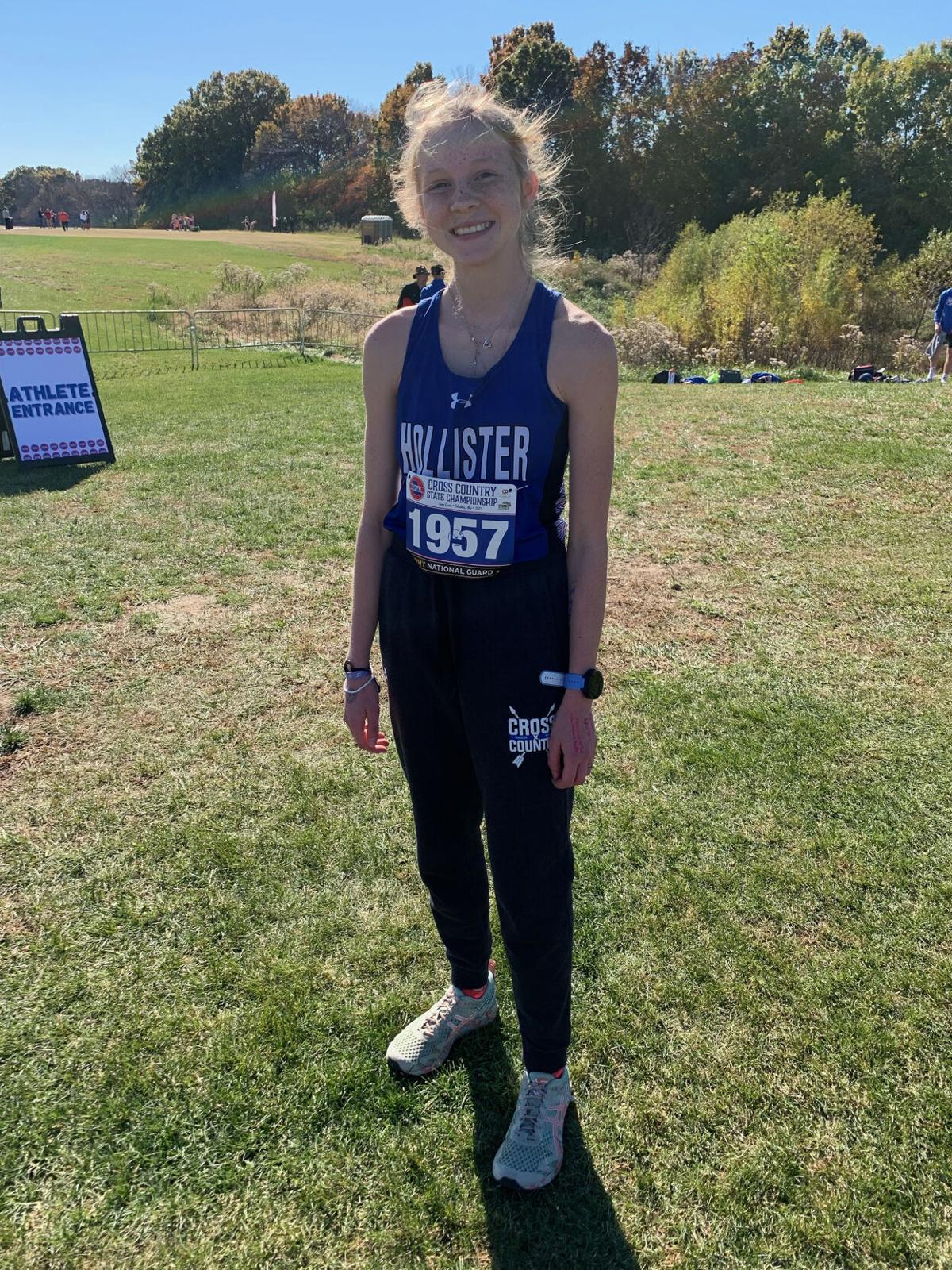 Kat Schaefer was unable to compete during her freshman year due to a spinal fusion surgery.

Kat Schaefer has found a passion for running.

Hollister Cross Country team was proud to be able to send sophomore Kat Schaefer to states.

Kat Schaefer was unable to compete during her freshman year due to a spinal fusion surgery.

Hollister High School sophomore Kat Shaefer made her first trip to the MSHSAA State Cross Country Championship, after proving her running skills for the Tigers this season.

“Our cross country team learned a lot this year,” Wenger said. “We didn’t have the most success we’ve ever had but we learned a lot about ourselves as runners. We are excited to add a couple more runners next year and see what we can do as a team. Our biggest achievement this year was sending Kat Schaefer to state!”

“Even after my first season ended, I continued running on my own time during the summers. However, I was unable to run Cross Country in my freshman year of high school due to having a spinal fusion surgery that kept me out of running for quite some time,” Schaefer said. “I was devastated that I wouldn’t be able to run in my 9th-grade year, but as soon as I was able I started running again and tried my best to use my disappointment as fuel.”

Shaefer said her love for running has grown since her injury.

“By the time (my) sophomore year came around and I was getting ready for my first high school Cross Country practice, I was so excited and nervous that I ended up stretching and warming up multiple times before even arriving at the school,” Shaefer said. “When I started running for Hollister Cross Country officially, I had realized that my love for running had grown into a full-on addiction. All I’ve been able to think about is running and trying to improve since day one of practice.”

Wenger described Shaefer as a tremendous runner, who is eager to learn what it takes to become better.

“Kat is one of the most coachable kids I’ve ever had. She listens to every word you say and holds onto it, knowing it’s going to help her in some way,” Wenger said. “Kat grew tremendously as a runner this season.  She learned a lot about how our energy systems work and how we can use energy systems to our advantage. She ran a personal best time of 21:29 but she has her eyes set on breaking into the 20s early next season. I’m super proud of Kat’s willingness to trust the system and understand it takes time to be your best.”

Shaefer said she believes her team helped her reach her goals.

“I’ve never felt more at home in any other sport or on any other team than I have this season of Cross Country at Hollister. I firmly believe that 2021 was a strong season for me and my team; we all grew so much not only as runners but also as people in the short time we had to run together,” Schaefer said. “I personally went from being a very passive and unconfident runner to feeling completely at home on the course. As the season went on, my teammates and I continued to reach goals that seemed far-fetched at the beginning of the season.

“While we all are different runners and have different goals, I absolutely love how supportive and competitive my teammates are. When I say my favorite part of Cross Country is the team, I mean that my favorite part is cheering them on after or before my own race and seeing them cheer me on as I’m struggling to get up a tough hill or booking it to the finish. I absolutely love how invested we all are in each other’s success.”

Wenger said the team had dedication and a never give-up attitude.

“I’m very proud of the team’s ability to stay resilient even when they didn’t run their best; they never gave up,” Wenger said.

Shaefer said she was very proud of her accomplishment and how she has overcome the injury which caused her a year of running for her school.

“The thing that I am most proud of (with) Cross Country is making it to State,” Shaefer said. “I think that I am even happier to be able to say that I made it there despite the odds of a girl with 14-inch rods (give or take) in her back.”

Shaefer will be running in Track this spring for Hollister.

“Kat is already excited for the track season this spring and to continue to build off her success last year,” Wenger said. “Track and cross country are becoming more and more important to her and it shows in her dedication to the sports. Combine that with her ability to be coached and always positive attitude, and there is nothing that will be able to stop her!”

Shaefer said she has her sights on two very specific goals for the next two years.

“My primary goal is to continue to make it to State in my next two years of high school,” Shaefer said. “However, I am also looking to try and run in the 20s to 19s by the end of my senior year.”

“I’d like to add a thank you to Alexis Fischer for always being my running buddy and for making every practice a blast all season. She’s a senior this year and I am greatly honored to have gotten to run with her. She’s one of the hardest workers I know and I’m going to miss her terribly next year while she’s kicking butt in college,” Schaefer said. “I’d also really like to brag on Coach Wenger for putting up with our antics all season and for never giving up on trying to make us all the best runners we can be. I’ve had a lot of coaches in my athletic career and he, by far, has been the best one I’ve ever had.”