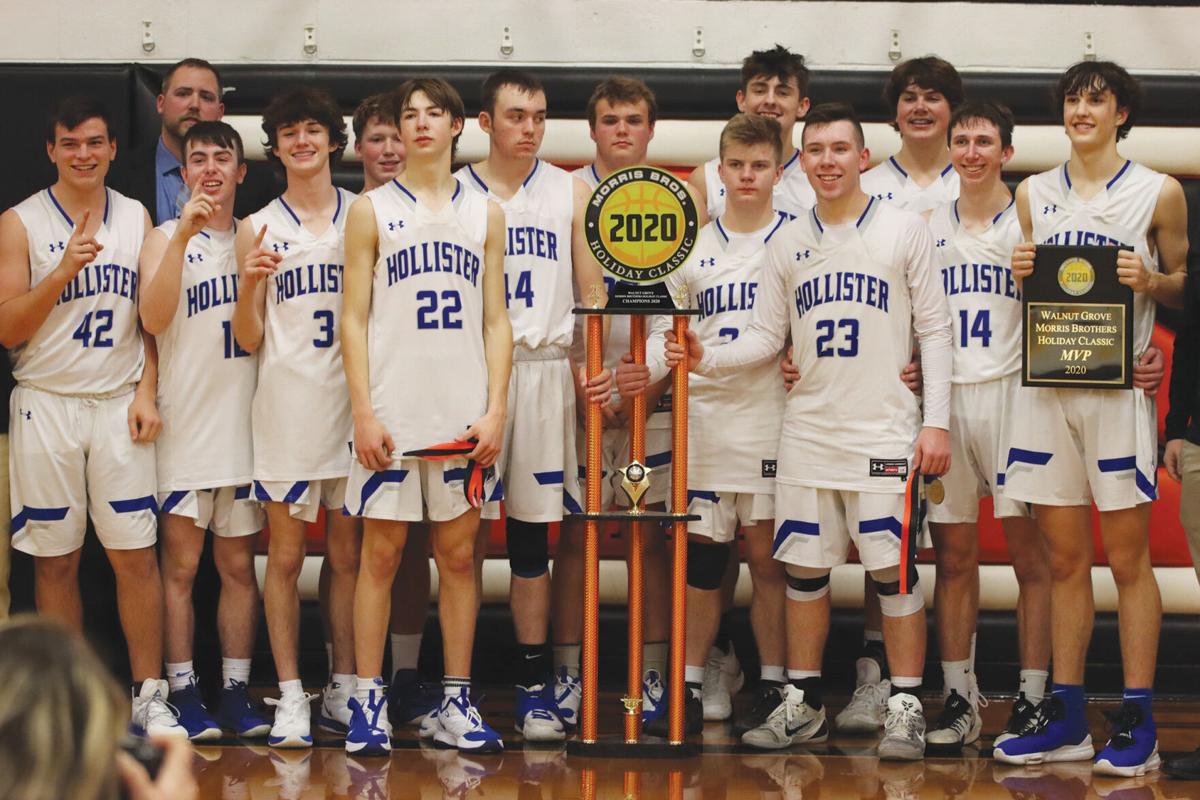 The Hollister Tigers pose with their championship trophy after winning the Walnut Grove Holiday Classic 52-50 over Forsyth. 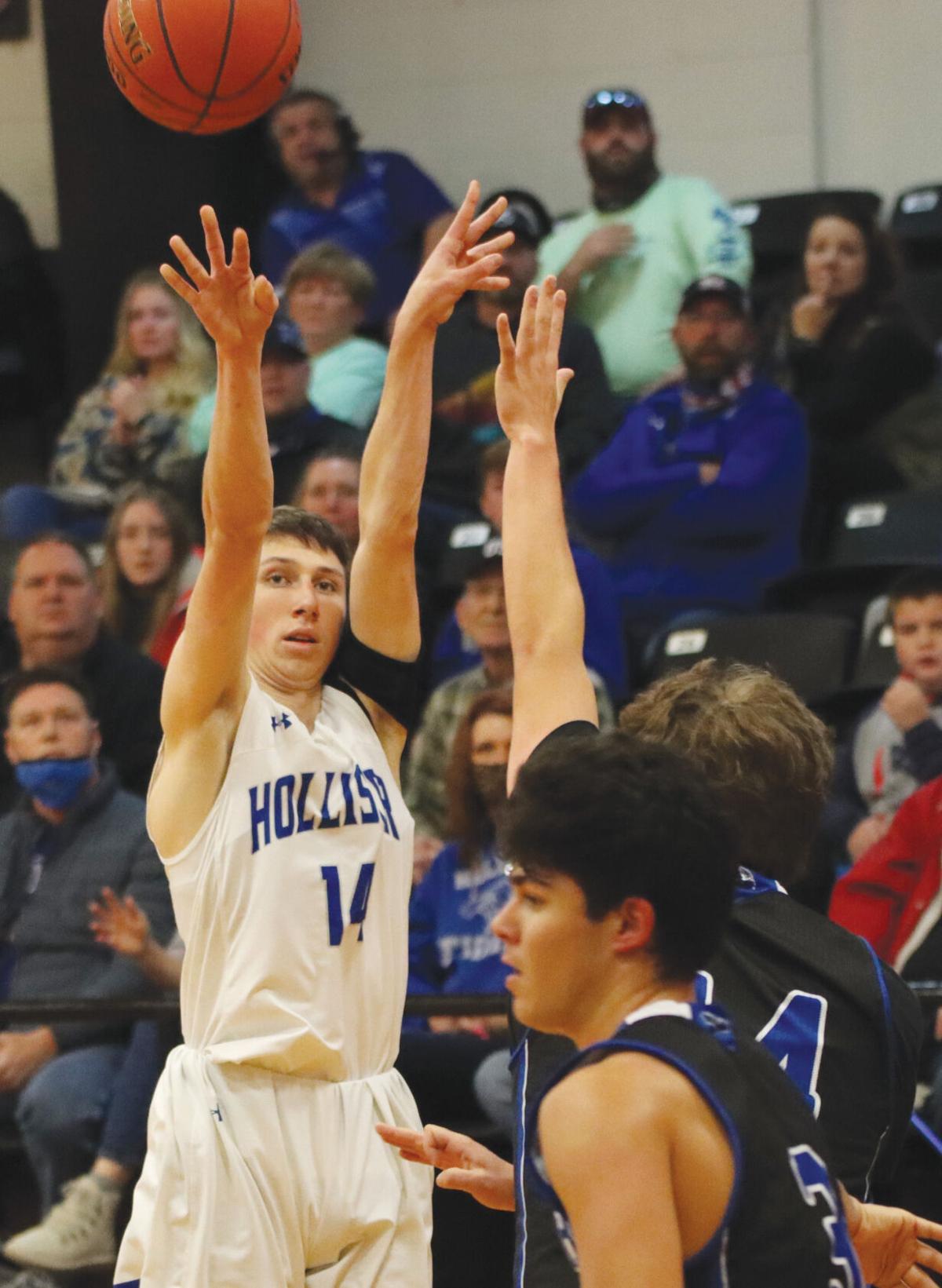 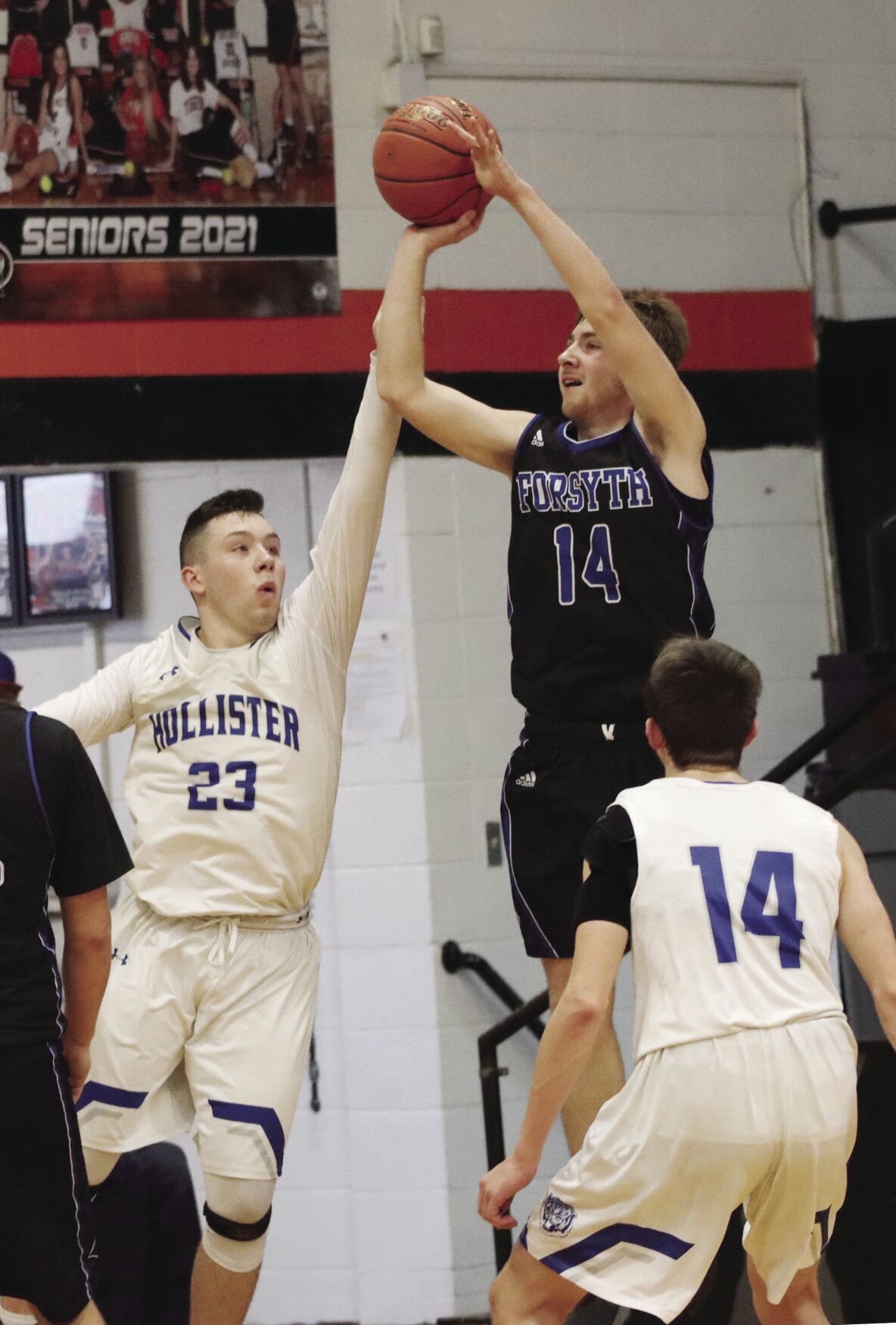 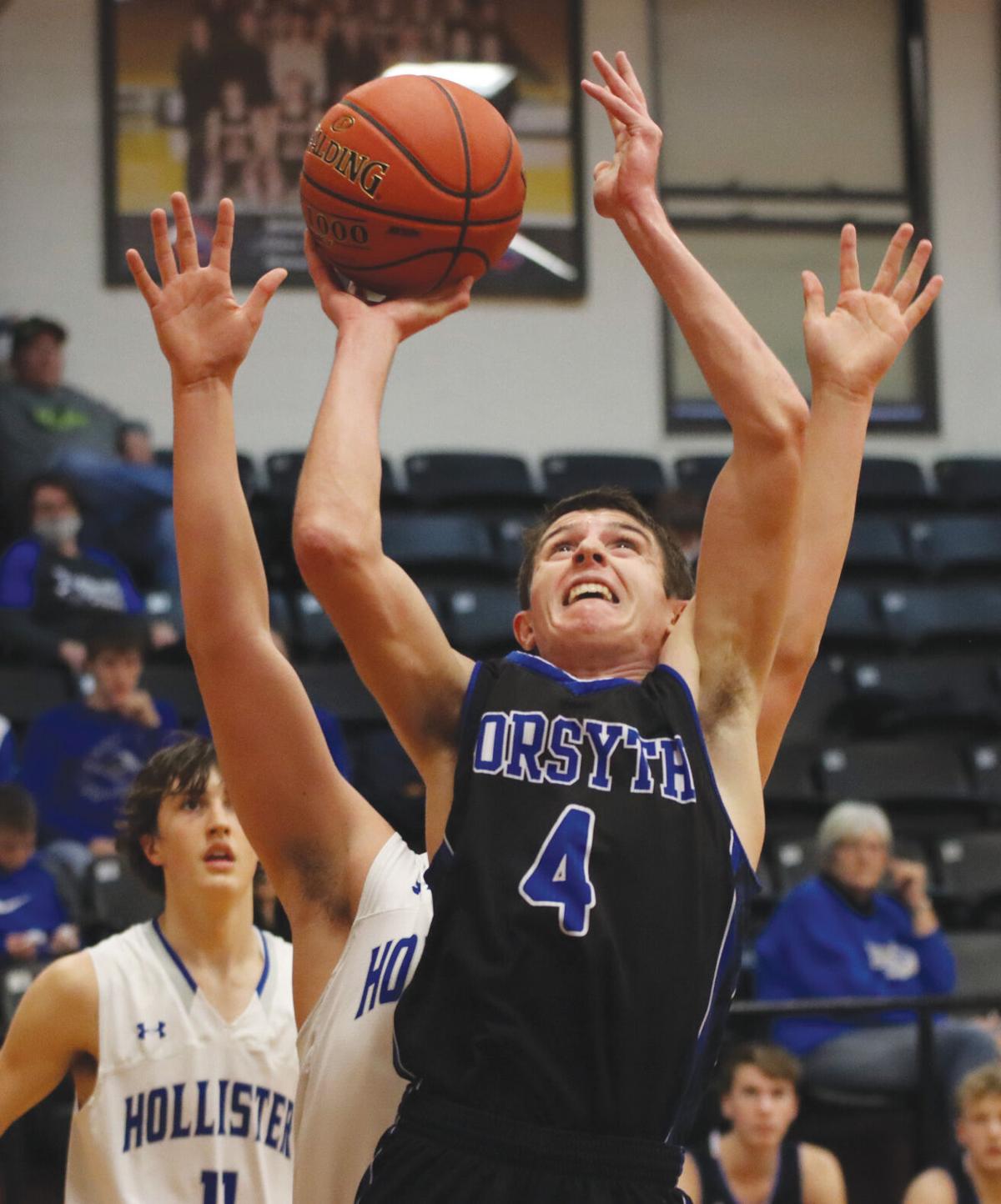 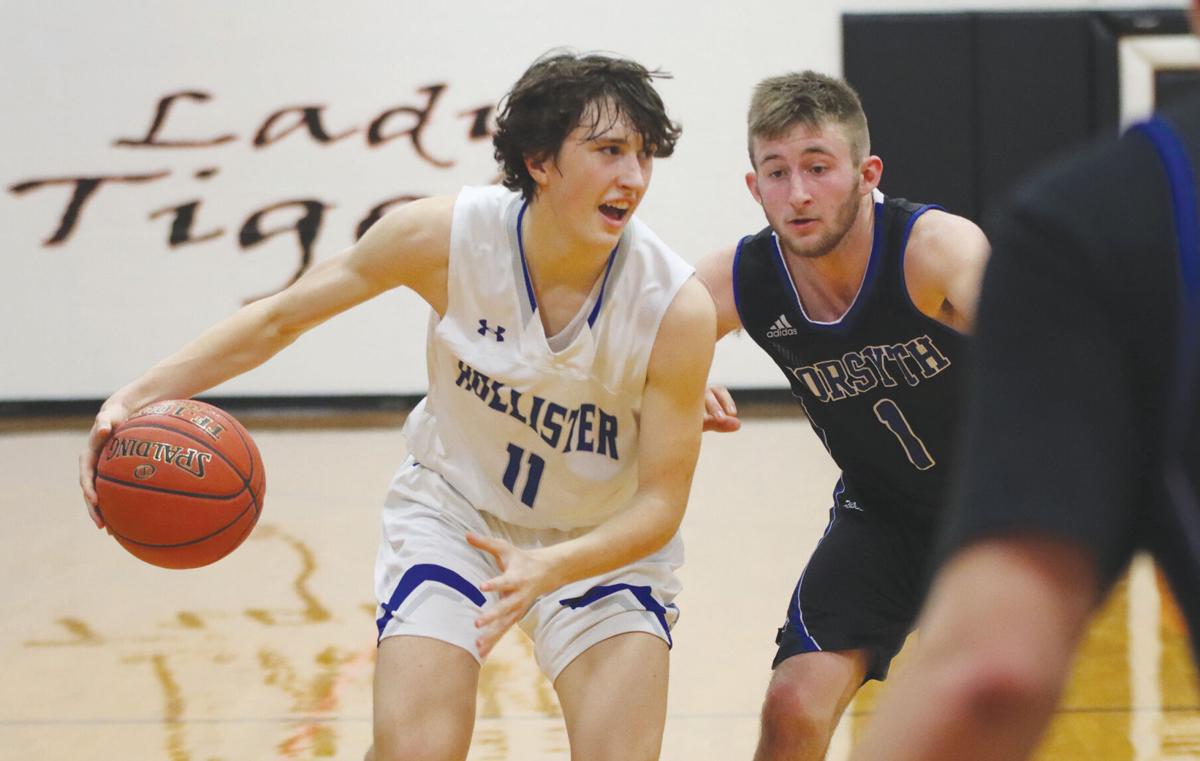 The Hollister Tigers pose with their championship trophy after winning the Walnut Grove Holiday Classic 52-50 over Forsyth.

There was no contempt between the two teams before the start of the game. As both teams warmed up, head coaches Pete Leonard of Hollister and Eric Rogers of Forsyth were chatting and laughing while their teams warmed up. All of the coaches and players were familiar with each other, and everyone knew it was going to be a fight to the end.

“It doesn’t matter what the records are or who you got, it’s always gonna be a barn burner,” Leonard said after the game.

And that it was. Hollister won 52-50 in overtime to take the tournament title.

This was the 23rd time the two had faced each other since 2007, according to the Missouri State High School Activities Association website. Since 2014, all but one game has been within 10 points. Leonard’s description of a “barn burner” was as accurate as it gets.

This game was no different than any other matchup between the Panthers and Tigers.

Each school took its own approach to the game, not really adjusting their style to match their opponent. Both played quickly, but Hollister found a way to keep a high pace while running time off the clock on offense. The Tigers have played a weave all season, and it’s worked on pretty much every team. It had its moments against Forsyth, but the Panthers worked harder at defending it than other teams.

After the first eight minutes, the excitement in the small gym of Walnut Grove High School filled the air. Both teams were playing aggressively, which led to plenty of hollering from fans.

In the second quarter, Hollister weave allowed it to control the game and eventually take a nine-point lead, which forced Rogers to take a timeout. Whatever strategy Rogers put in place worked, and his team outscored the Tigers 7-5 in the final four minutes of the first half.

Frost on the radio: Red-White Spring Game planned for May 1; Huskers looking for 'right guy' to coach special teams

Hollister took a 27-20 lead into the locker room.

The momentum shifted to Forsyth in the third quarter, though. Senior Gavin Lux had the honor of tying the game at 37 with 2:39 left in the quarter. Forsyth eventually took the lead — its first since starting the game off with a score — and the Panthers led 40-37 at the end of three.

The final quarter proved either team could win. Hollister senior Cole Jones tied the game up at 45 with just under three minutes to go.

The final three minutes were a scramble for both teams, each hoping to put up the game winning shot. Turnover after turnover happened, neither team scored, and time expired with 45s on both sides of the scoreboard.

After a short break, both teams stepped back onto the court for a four-minute overtime. It continued as a back-and-forth until the very end. Hollister managed the win after junior Josh Barlow sank 1-and-1 free throws.

“It was gonna be who hit the most shots and who was most disciplined, and today I thought that was us,” Leonard said.

The overall record between the schools moved to 12-9 in favor of Hollister, but Forsyth still has plenty of opportunities in the future to even the scoreboard. In fact, the two will face each other again on Jan. 19 at Hollister.

The Panthers will have to continue to improve their defense of Barlow and Jones, who scored seven and 21, respectively. Sophomore Garrett Snyder also poses a threat on the outside — he scored 13. The Tigers, on the other hand, will have to keep Forsyth seniors Buck Sanders, Hunter Creson and Gavin Lux from scoring because the three combined for 38 of Forsyth’s 50 points.