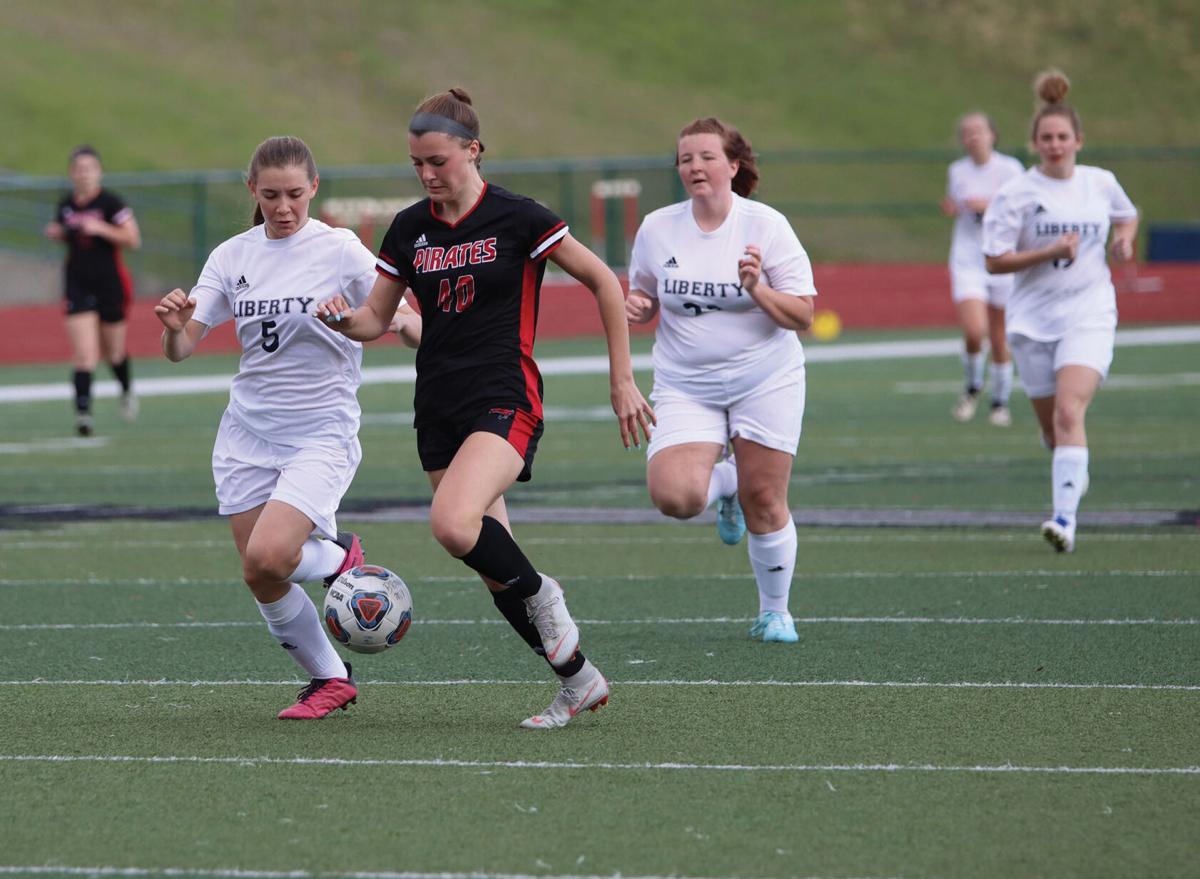 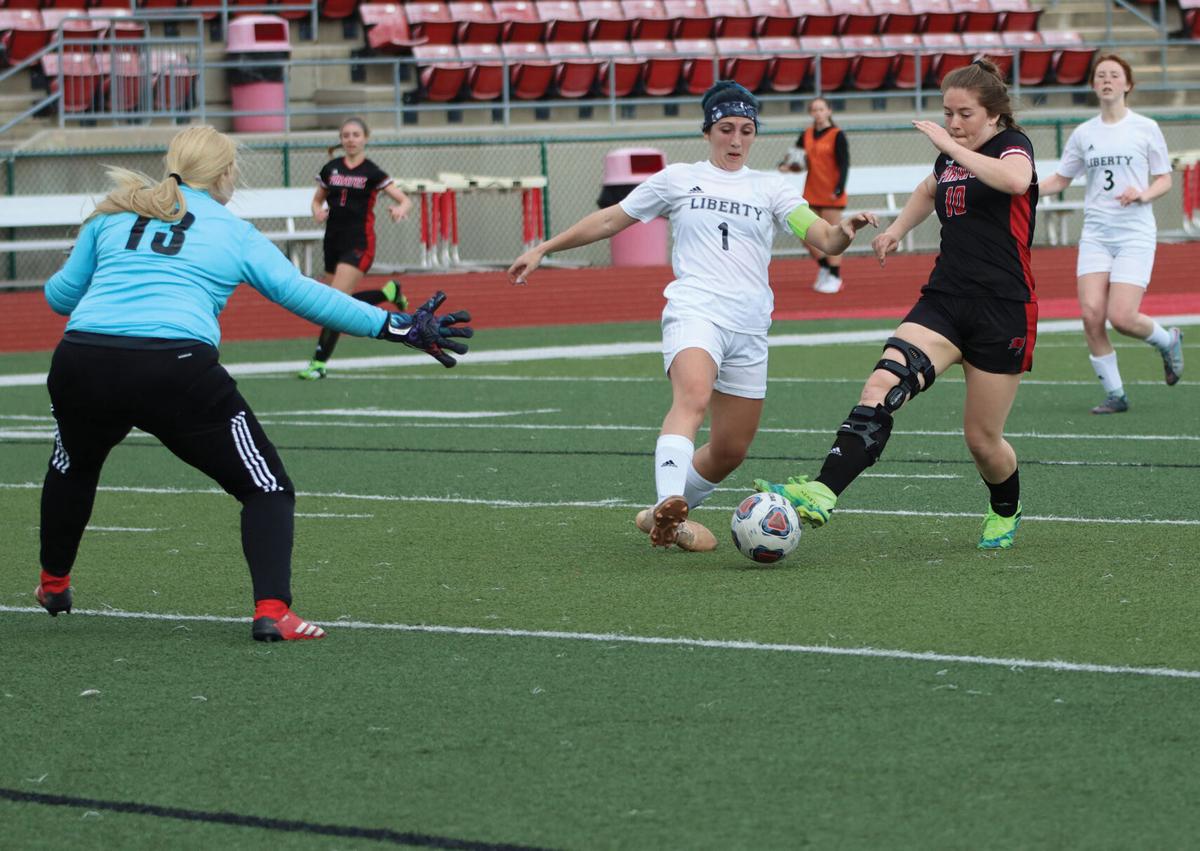 Junior Chloe Grimm touches the ball around her Liberty defender to take a shot on March 23.

Junior Chloe Grimm touches the ball around her Liberty defender to take a shot on March 23.

The Branson girls soccer team moved to 4-0 on Tuesday night.

Grimm is listed as a forward on the roster, while Houston and Alms are both midfielders.

But the Lady Pirates have more than those three to thank for their success on Tuesday.

In the match, possession leaned heavily toward Branson.

Even in the first half, when Branson was going into strong winds, the Lady Pirates were able to control the ball and keep it on Liberty’s defensive half.

Grateful to be back, Arizona’s Christian Young has sunk his teeth into the ‘Viper’ role

With a wealth of experience back, what are Wyoming's spring objectives?

Her speed and ball skills allowed her to get multiple crosses off that gave her teammates — junior Natalya Bradley and Grimm — chances to shoot on goal.

Grimm’s speed and toughness at the top of the offense also allows for long balls to the corners for her to pick up.

Grimm is recovering from an ACL tear, but she was still one of the fastest players on the field.

The Lady Pirates continue their season next week against Central (Springfield) on at 5 p.m. on Tuesday, March 30 at home.