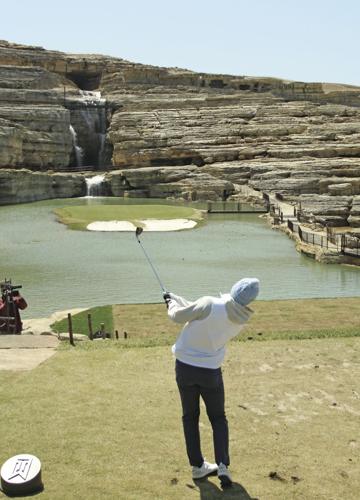 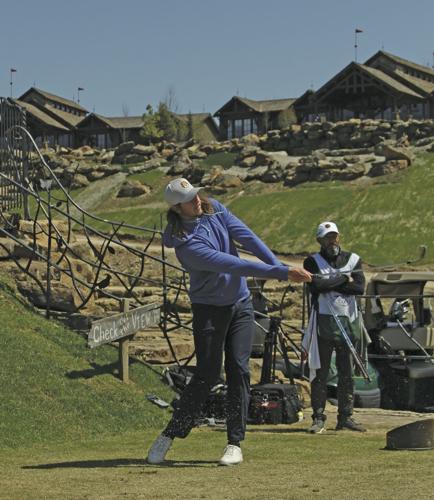 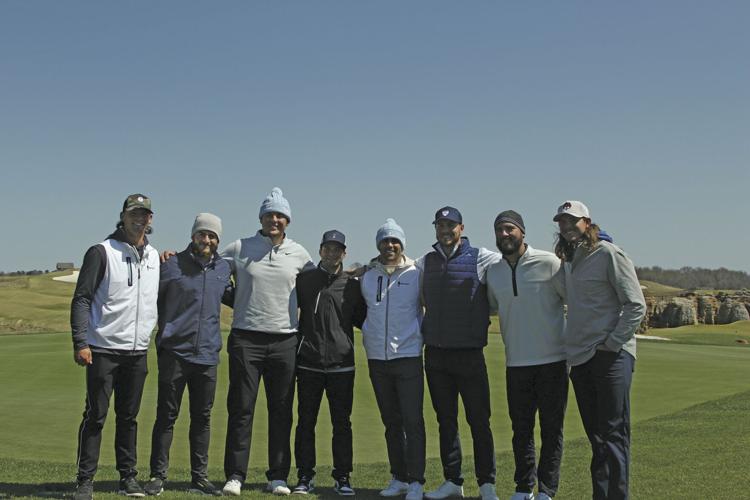 “It’s one of the highlights of our year,” Merrifield said. “We always look forward to our day off to come to Big Cedar and it’s hard to describe how special the time away from the field is.”

Merrifield started the tradition when he visited the courses four years ago with his dad.

“Four years ago when Merrifield reached out and wanted to have a getaway with his dad, one other player came out and had a good time so every year we welcome them back and it’s grown since then,” Matt McQueary, Director of Golf Sale and Marketing at Big Cedar Lodge said.

The Royals were treated to Payne’s Valley newest addition, the 19th hole which opened in September 2021. The hole easily features the most scenic view of the course with a waterfall and giant limestone carved into the mountain side as the backdrop for the putting green and a beautiful waterway separating the tee box from the putting green. “Every time I come back it seems like they’ve done something different and new, and they were talking to us about the waterfalls and driving range,” Merrifield said. “It's crazy to see this place continue to grow. It’s going to be one of, if not the, top getaway in the country.”

The beauty of the course can make its challenge deceiving. Players who hit a hole-in-one receive their choice of prize between $1000 or a signed flag from Tiger Woods. While none of the Royals won one of Tiger Woods’ flags, they still got a glimpse of Woods just by playing the course. Woods and his design team, TGR, designed the course from the layout, difficulty and water features.

The Royals share more than just a day of relaxation for themselves, their visit along with other celebrity visitors helps the Ozarks gain visibility.

“Being in the Ozarks is more of a remote part of the country we aren’t star struck, but with these golf courses opening we have had a lot more of these athletes and more well known people reach out about playing the courses and we want to have them out here because they have such a big audience and following,” McQueary said.  “It's great for them to tell the story of the Ozarks through their mediums and channels.”

The Royals share an important message for all athletes by spending one of their five off days of the season enjoying down time.

“With baseball you're going 162 games [a season] every single day, and it can be more mentally grueling than physically grueling so it's important to find that break and time away from the game to get some sanity and just reset and make sure your desire to play baseball grows” Merrifield said.