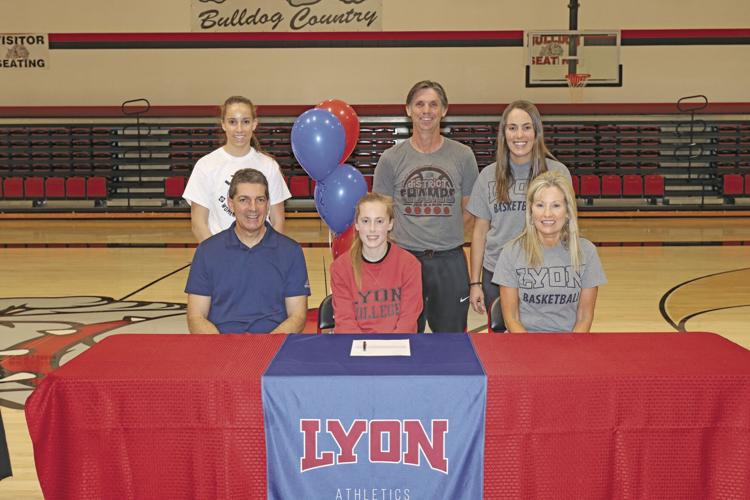 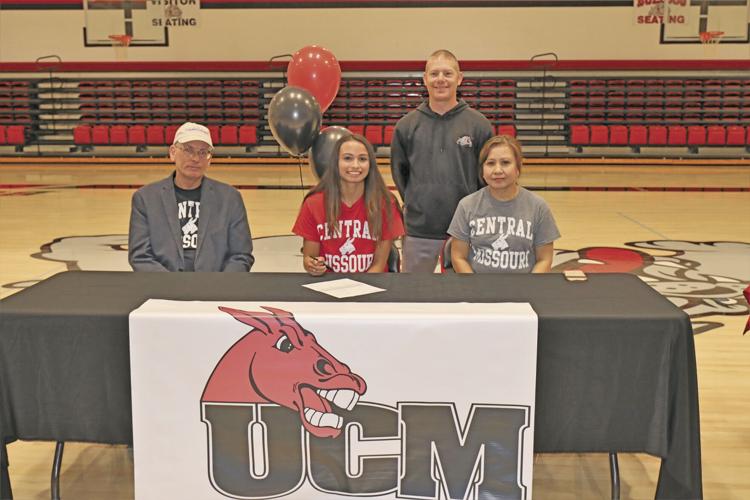 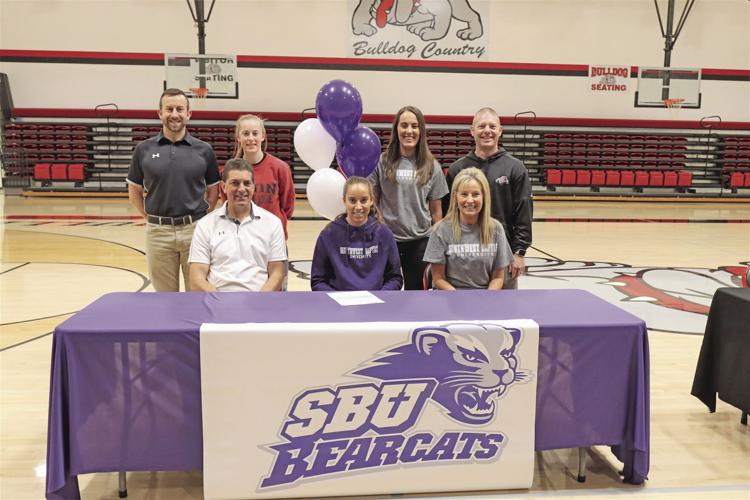 College signing ceremonies are a momentous celebration in an athlete’s success journey. On Thursday, April 14, the feeling was bitter sweet in the Blue Eye High School Gymnasium as three seniors officially signed their National Letter of Intent to play college athletics. Each athlete will go on to colleges with a history of program excellence, but their legacy at Blue Eye will be hard to replace.

While Avery had decided to play basketball next year, she is multi-talented and contributed for the bulldogs, running varsity for their cross country and track teams and played four years on the varsity volleyball team. In cross country, Avery is a two time state runner up and received All-State, All-Conference and All-Region accolades.

Kyla Warren will attend the University of Central Missouri in Warrensburg, Missouri to run track. Kyla holds the school records in the 100 meter dash (12.43), 200 meter dash (25.85), and long jump (4.85 meters). Kyla was a member of the state championship track team in 2019.

Riley Arnold will attend Southwest Baptist University in Bolivar, Missouri to run cross country and track in the fall of 2022. Riley is a four-time state champion in cross country. She is one of only five girls in the state of Missouri to ever win four individual State Championships. Riley holds the school record for the 5K with a time of 18.18.

Riley was also outstanding on the basketball court as a starter all four years and a member of the Final Four team for three consecutive years. Riley received Class 2 All-State honors, SWCL Player of the Year, First-Team All-SWCL, Class 2 District 11 Player of the Year and the 2022 Second Team All O-Zone. Last season Riley made 106 3-pointers.