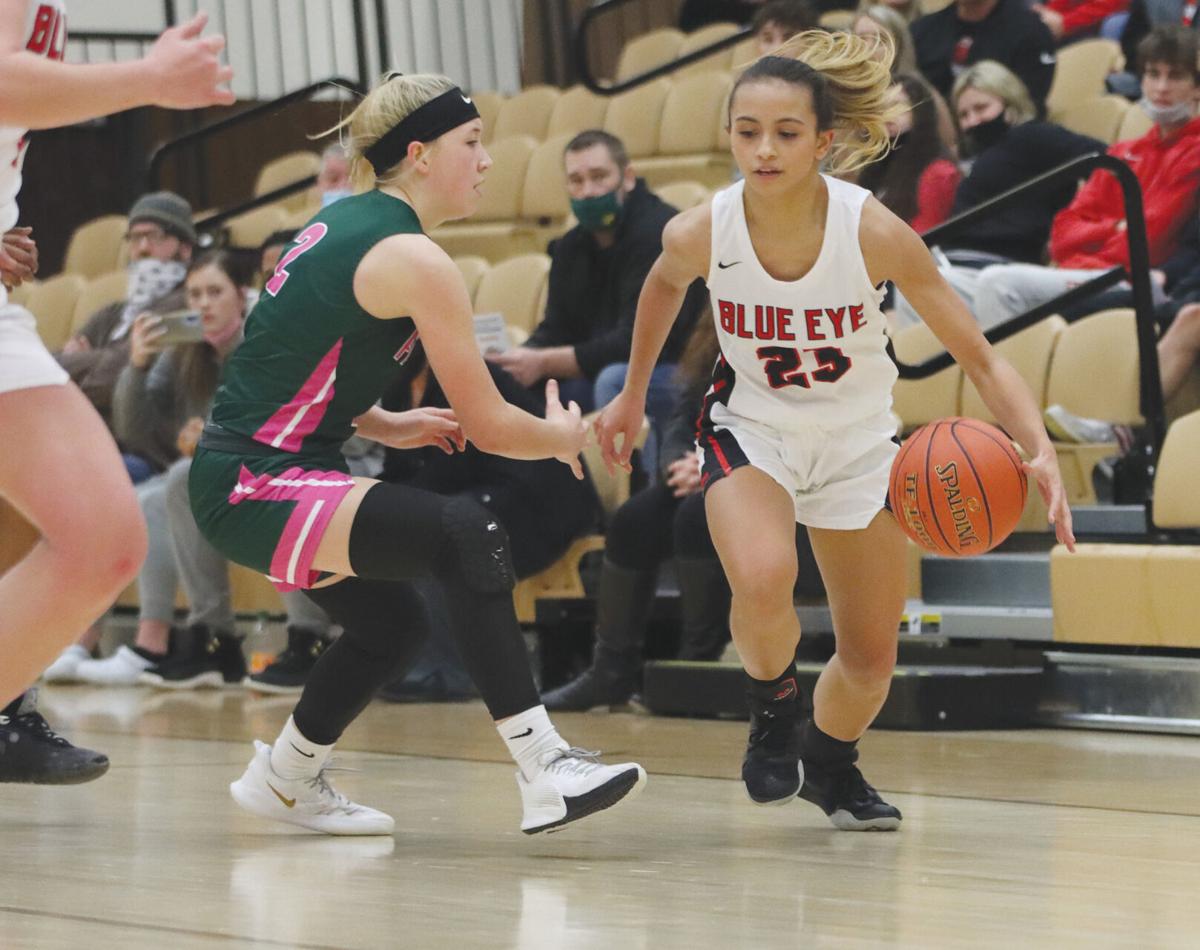 Junior Kyla Warren dribbles past her Parkview defender toward the lane. 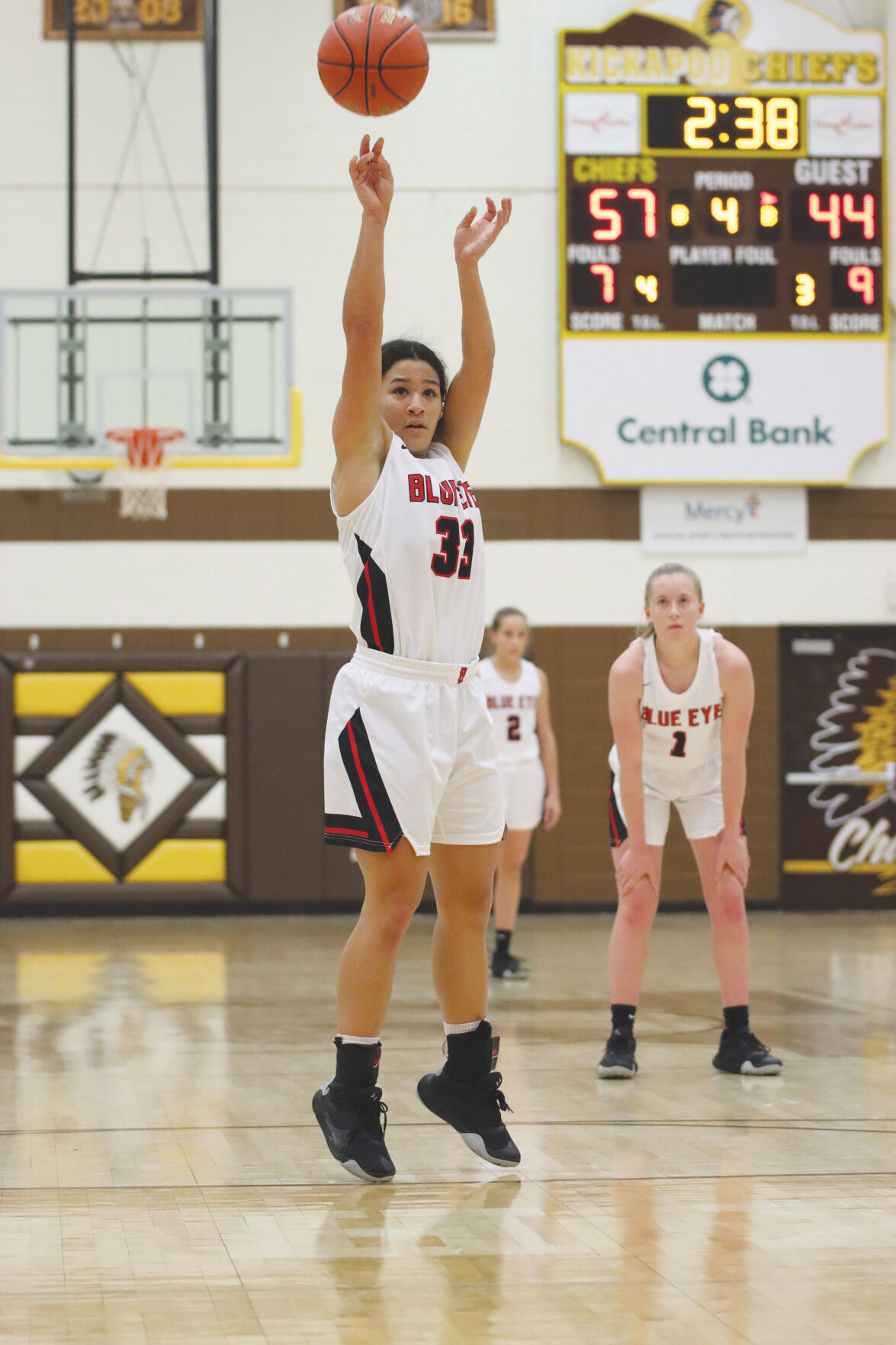 Winning 57-44 near the end of the game, sophomore Makayla Johnson sinks a free throw.

Junior Kyla Warren dribbles past her Parkview defender toward the lane.

Winning 57-44 near the end of the game, sophomore Makayla Johnson sinks a free throw.

Blue Eye’s game started slow but improved by the end of the game.

At the beginning of the game, Parkview scored first and Lady Bulldog head coach Ken Elfrink immediately took a timeout. Blue Eye’s defense was less than perfect. In the first half, Parkview had eight offensive rebounds while Blue Eye had eight total.

“We knew coming in Parkview was going to be pretty athletic,” Elfrink said. “There were things early on that we had talked about that we didn’t execute and that allowed them to get some easy ones.”

Ball movement was also sloppy for most of the first half. Junior Avery Arnold was the saving grace on offense, though, scoring 10 of the Lady Bulldogs’ 27 in the first half.

The second half told a better tale of Blue Eye’s abilities. Parkview tied it at 27 before Blue Eye jumped out to a 38-29 lead. In both halves, there were a lot of whistles — for fouls and other calls — so it was difficult for either team to find a rhythm.

Blue Eye entered the second half with three players with two fouls. Junior Kyla Warren was one of those, but she managed to have a better second half overall.

“I think Kyla came up in the second half and did a real good job of getting boards — and a lot of other things,” Elfrink said.

The Lady Bulldogs took a 44-38 lead into the fourth quarter and kept the lead for the rest of the game.

The fourth quarter was the best of the day for Blue Eye, with ball movement and rebounding improving.

“Whenever we can rebound and get stops, and get out and run the floor, then we can play our game,” Elfrink said.

The Blue Eye girls were 5-3 before playing Nixa on Tuesday afternoon.