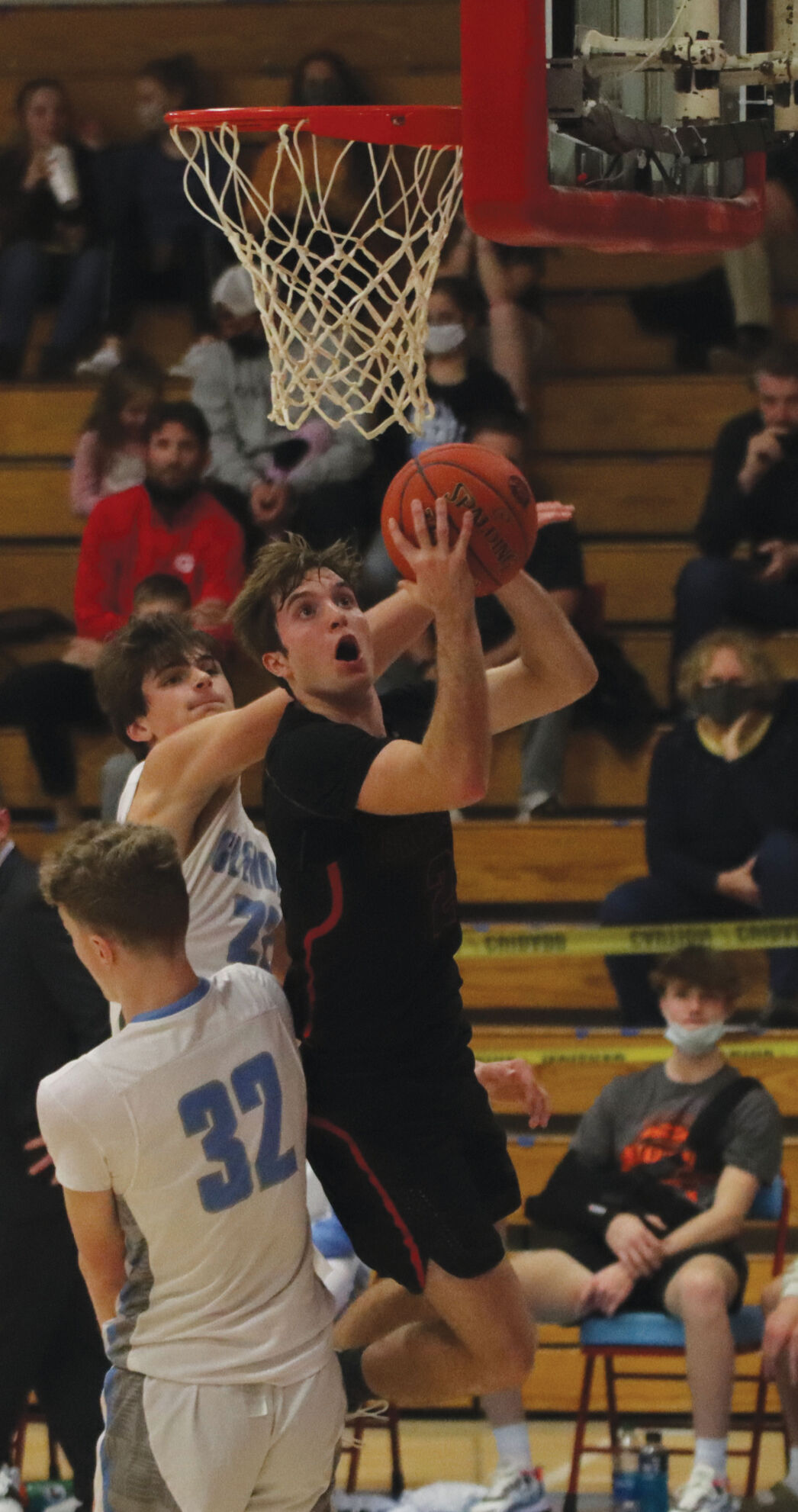 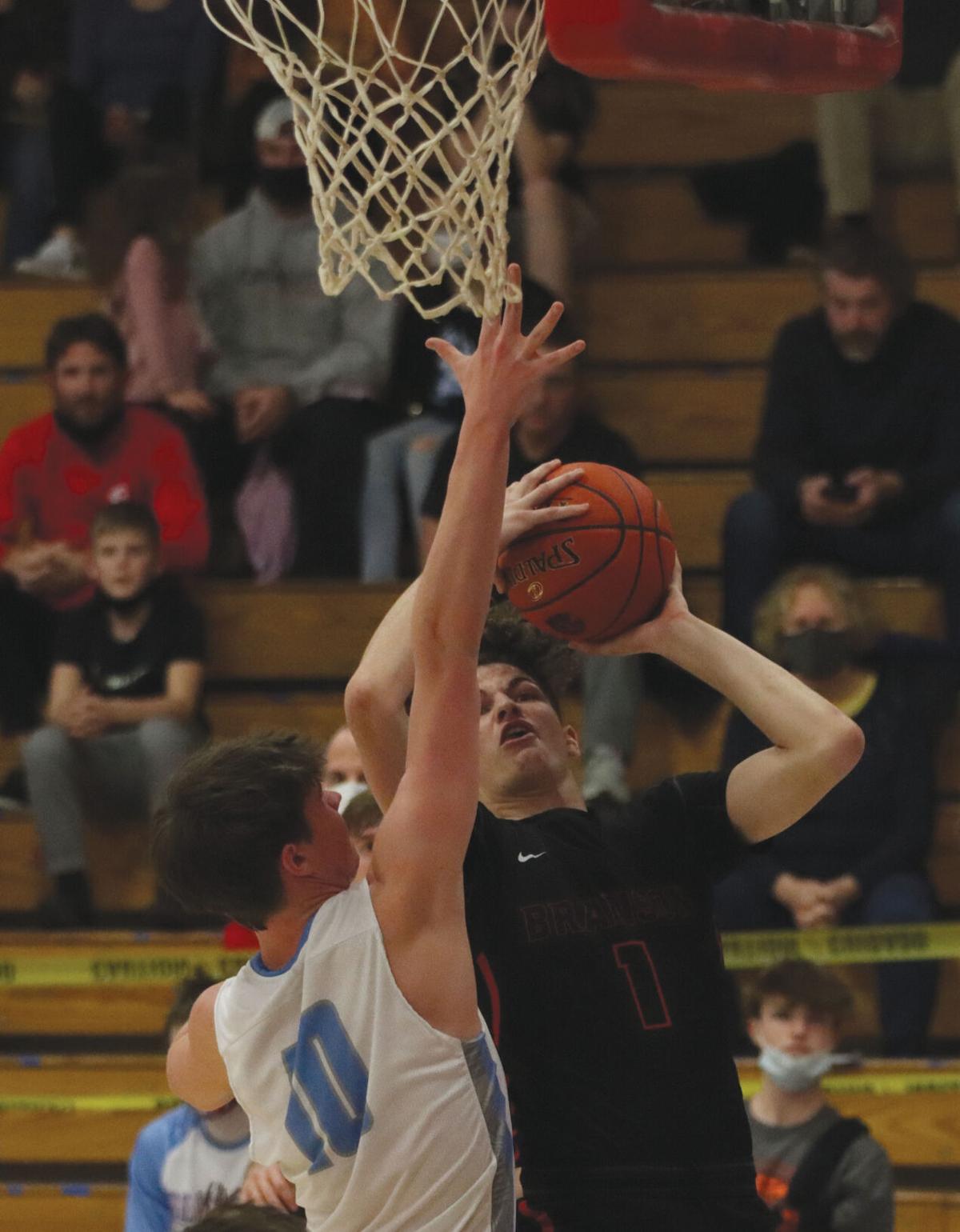 Senior Colby Cogdill shoots a layup that is eventually blocked against Glendale. 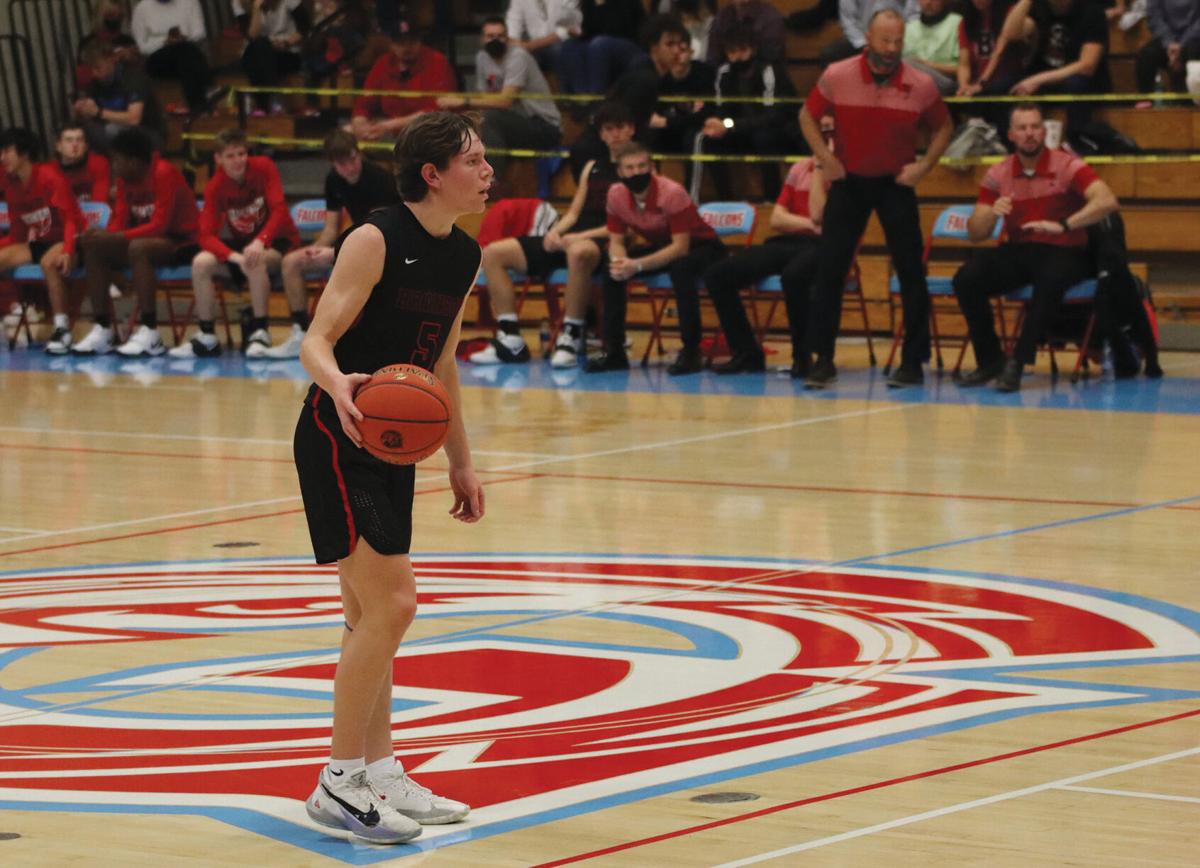 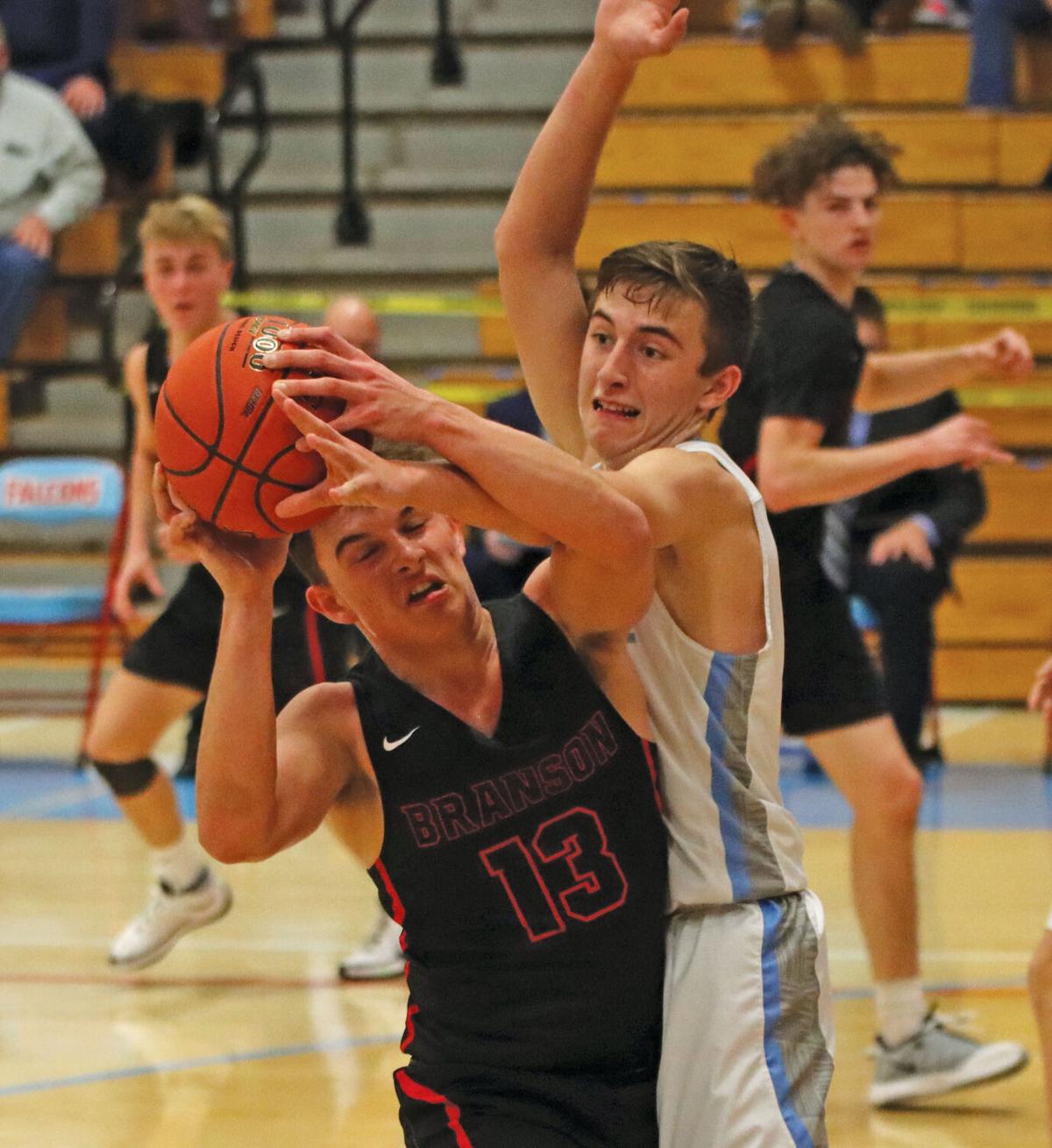 Junior Colton Cooper tries to keep the ball away from a Glendale defender reaching in to steal it.

Senior Colby Cogdill shoots a layup that is eventually blocked against Glendale.

Junior Colton Cooper tries to keep the ball away from a Glendale defender reaching in to steal it.

SPRINGFIELD, Mo. — The Branson Pirates defeated Glendale 76-71 on the road earlier this week to move back to a .500 record.

This is the fifth time the Pirates have won to move from a losing record to .500.

At the start of the game, control was pretty evenly split between Glendale and Branson. The game was high-paced, and both teams were aggressive in their attempts to get to the basket. Branson struggled to score at first, allowing Glendale to jump out to a 7-1 lead.

Head coach Mike Linehan called a timeout, regrouped with his players, and from then on, Branson had plenty of control. They jumped out and took the lead. They held onto it for the rest of the first half, causing plenty of frustration for Glendale.

Glendale called three timeouts on separate occasions in the first half after Branson made contested shots. The frustration was apparent from the bench, but Branson continued to hold the momentum while Glendale struggled to put up shots.

Branson kept up a quick pace and sank shots, even contested ones down under the basket.

Life in the Red: Vedral will have (at least) one more season at Rutgers

At halftime, Branson led by 10 and held the lead until the end of the game.

It wasn’t the Pirates’ prettiest game. They still had their struggles — at one point, they were up 17 in the third quarter and Glendale worked its way back in. But, the win signified that Branson can rely on its leaders to score when needed.

Passing, which the Pirates struggled with in their first game of the Blue & Gold Tournament against Skyline, was much more impressive against Glendale. Ball movement was quicker, which allowed for more shot opportunities overall.

It helped that junior Kyle Scharbrough was on fire all night against Glendale. He had at least half of the Pirates’ points for most of the night. He ended just short of half with 34 points, which still led all scorers for the evening.

Fellow junior Ethan Jones also scored in the double-digits with 16 points. Jones and Scharbrough were two that Linehan mentioned prior to the season that would step up into bigger roles during this year.

The Pirates had the rest of the week off and will host Ozark on Tuesday, Jan. 12. They will stay at home on Friday, Jan. 15, to host Joplin. Both games are Central Ozark Conference games.