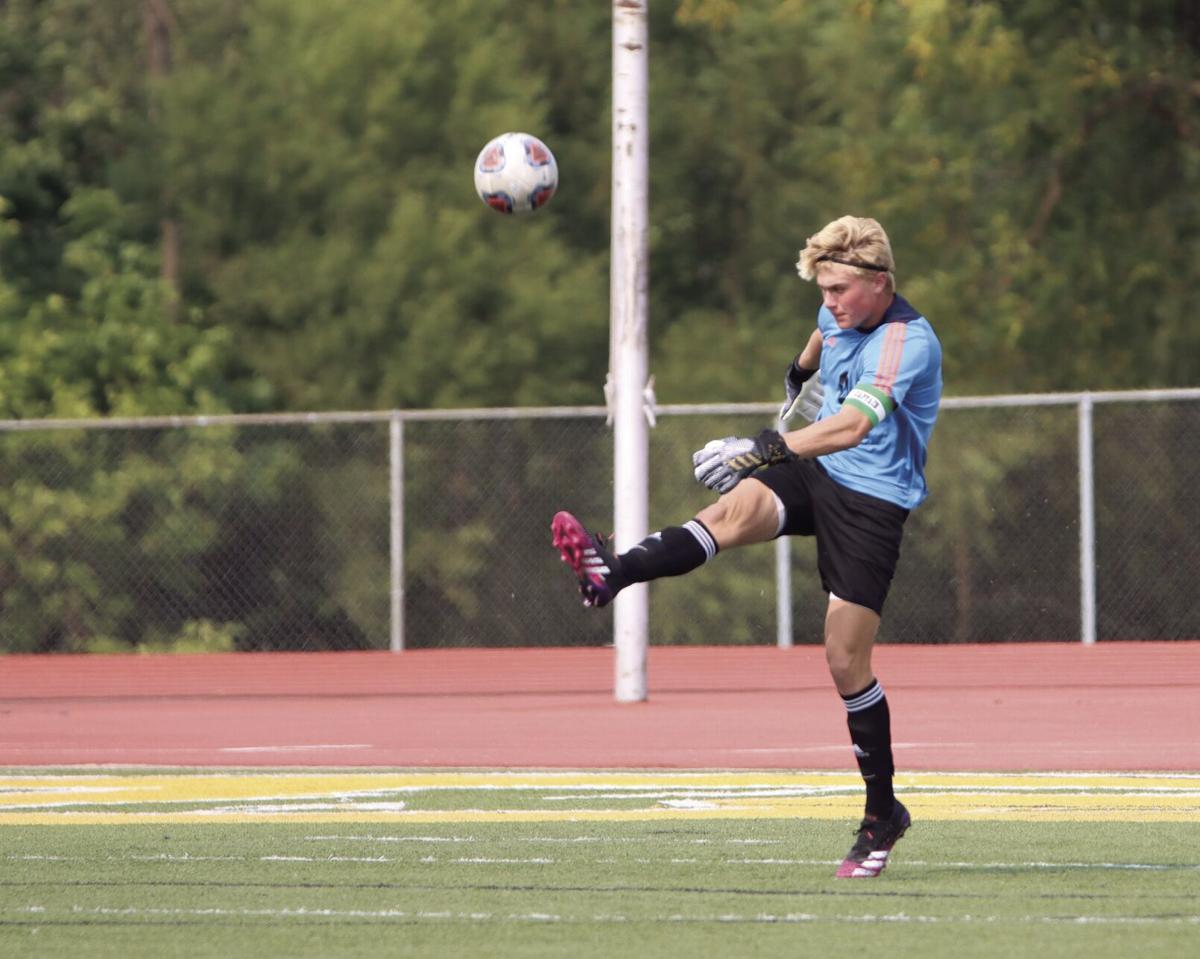 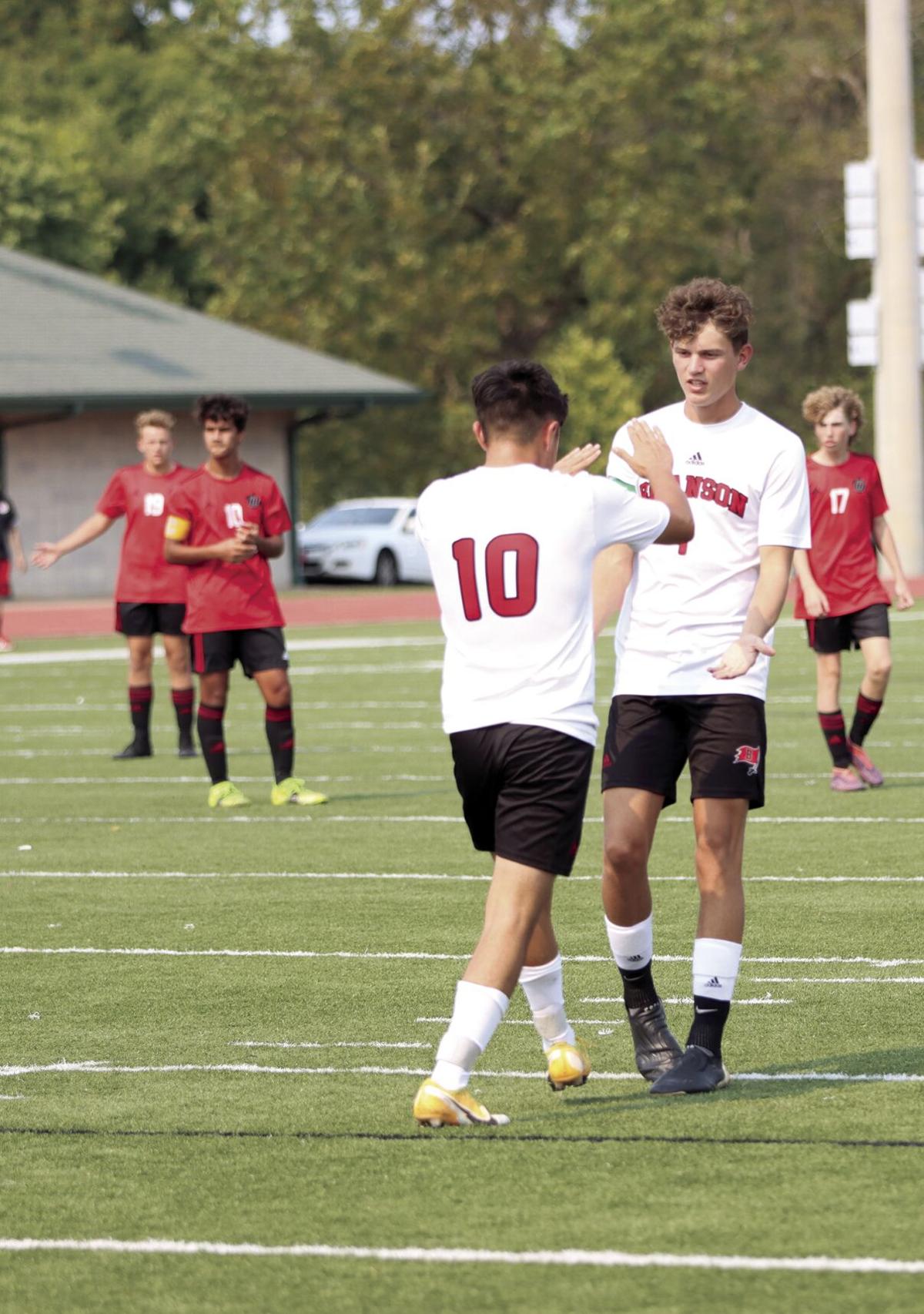 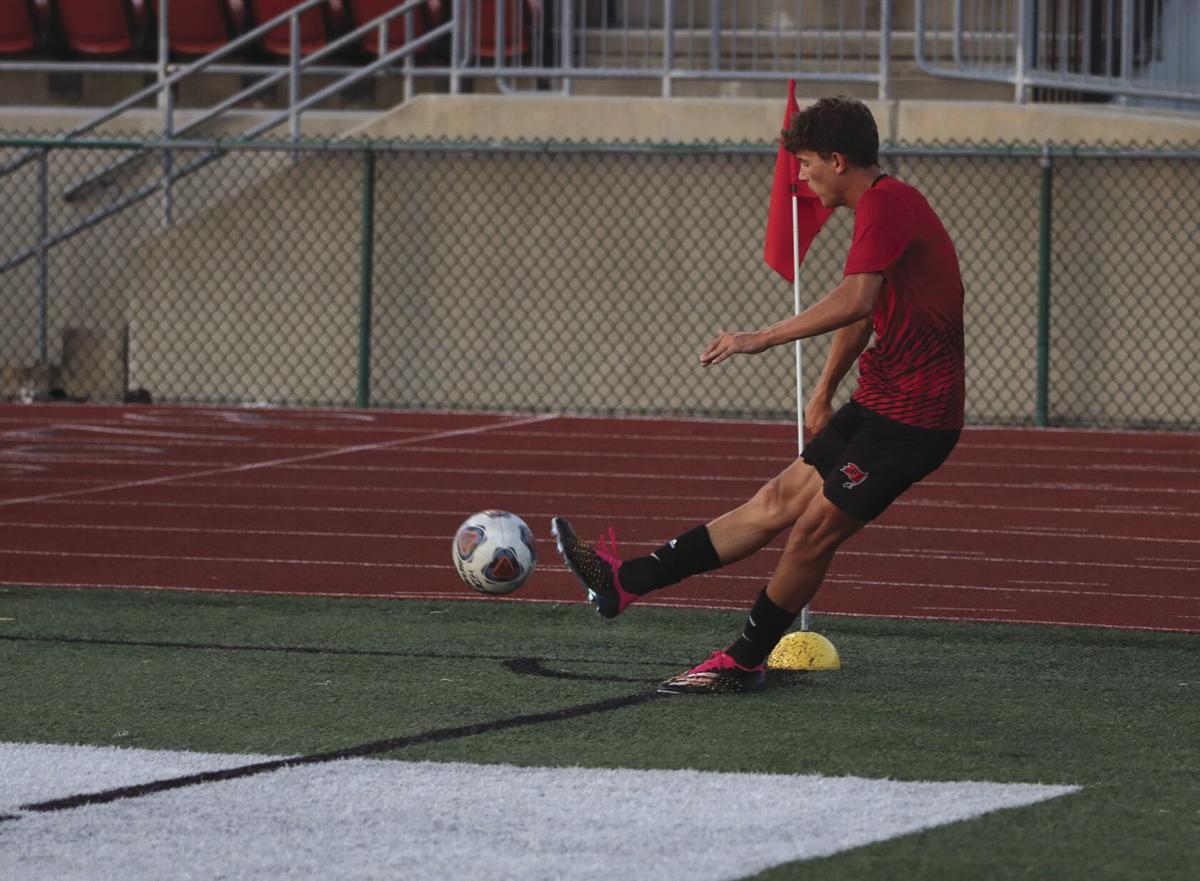 Less than a minute into the second half, Branson senior Carlton Epps scored unassisted to make it a 3-0 game.

Less than a minute into the second half, Branson senior Carlton Epps scored unassisted to make it a 3-0 game.

The Pirates headed into the game in a four way tie for the conference lead, with only one game remaining.

According to head coach David Brenner, the final night of COC play and a conference championship was on the line.

“How do you approach a championship game? The pirates did what they have done all season, work hard, believe in each other, and play their brand of soccer,” Brenner said in an email. “The Wildcats came out fast and hungry but the defense held up and frustrated the Neosho attackers.”

“True to the effort, Brayan Barboza gathered a through ball from Carlton Epps on a quick counter attack and beat the Neosho keeper to open the scoring 22 minutes into the first half,” Brenner siad. “Epps beat two defenders 3 minutes later but was taken down before he could shoot. Epps calmly stared down the ensuing PK and gave the Pirates a ead into halftime.”

Arizona football insider: 15 insights and tidbits about the new-look Wildcats

Brenner said Neosho tried to spread the Pirates out in the opening of the 2nd half.

“Neosho tried but Epps pounced on a sloppy pass and after three quick dribbles made the lead 3-0,” Brenner said. “Neosho was not going quietly though and the Wildcats earned a penalty of their own 11 minutes in to the half. But Pilot Ascone was up to the task and saved the attempt to preserve the lead.”

Brenner said Barboza drew another penalty 21 minutes in and Epps finished his hat trick for a 4-0 lead.

“Neosho was able to score one when Ascone had to come off the field because of a yellow card, freshman Steven Nguyen had to step in and although he saved one shot Neosho’s pressure beat him with ten minutes left,” Brenner said. “Ascone returned to the match and the Pirates were able to close out the night with a 4-1 victory. The Pirates are 17-5 (7-2 COC) and have a share of the COC title. What a night!”

The JV pirates were also able to secure a win 2-1 in their final match of the season.

The Pirates will be playing in District play Saturday Oct. 30 at 4 p.m. vs Lebanon. Districts will be held at Glendale HS in Springfield.