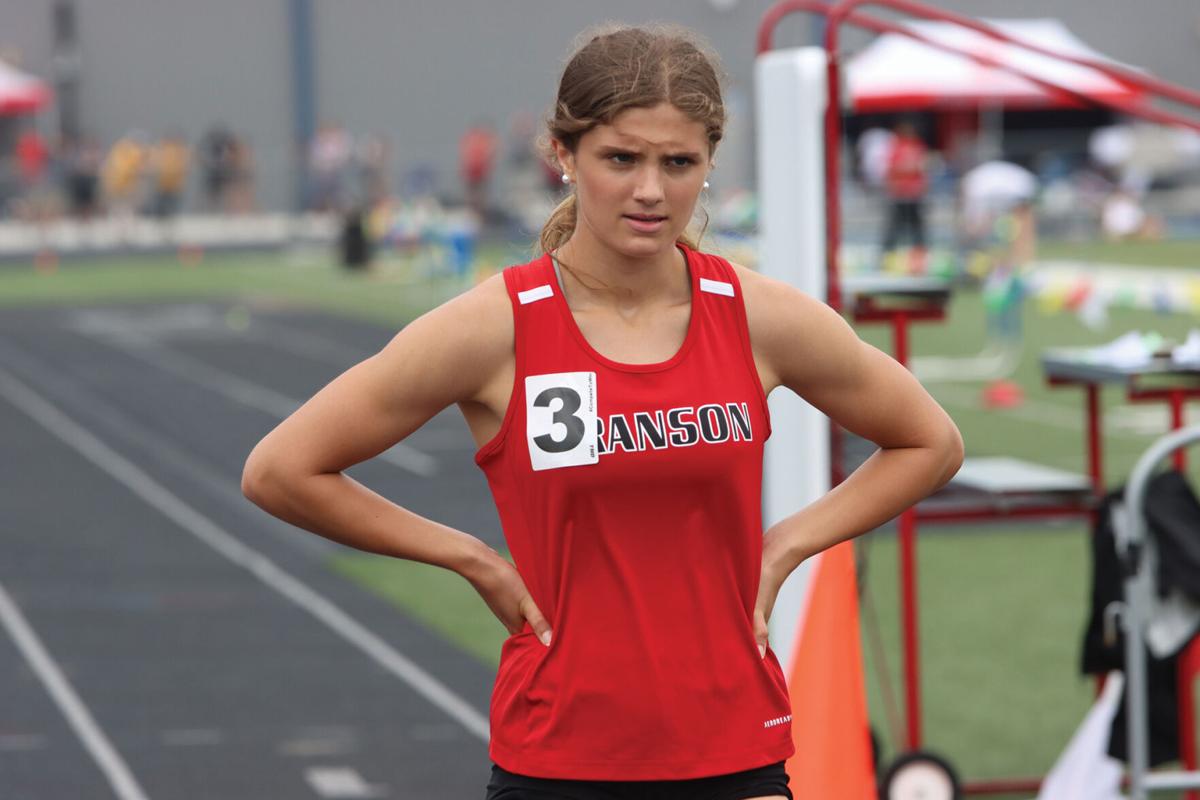 Cali Essick waits in her lane after placing third in the 200-meter dash at the Class 5 Sectional 3 Meet on May 22. 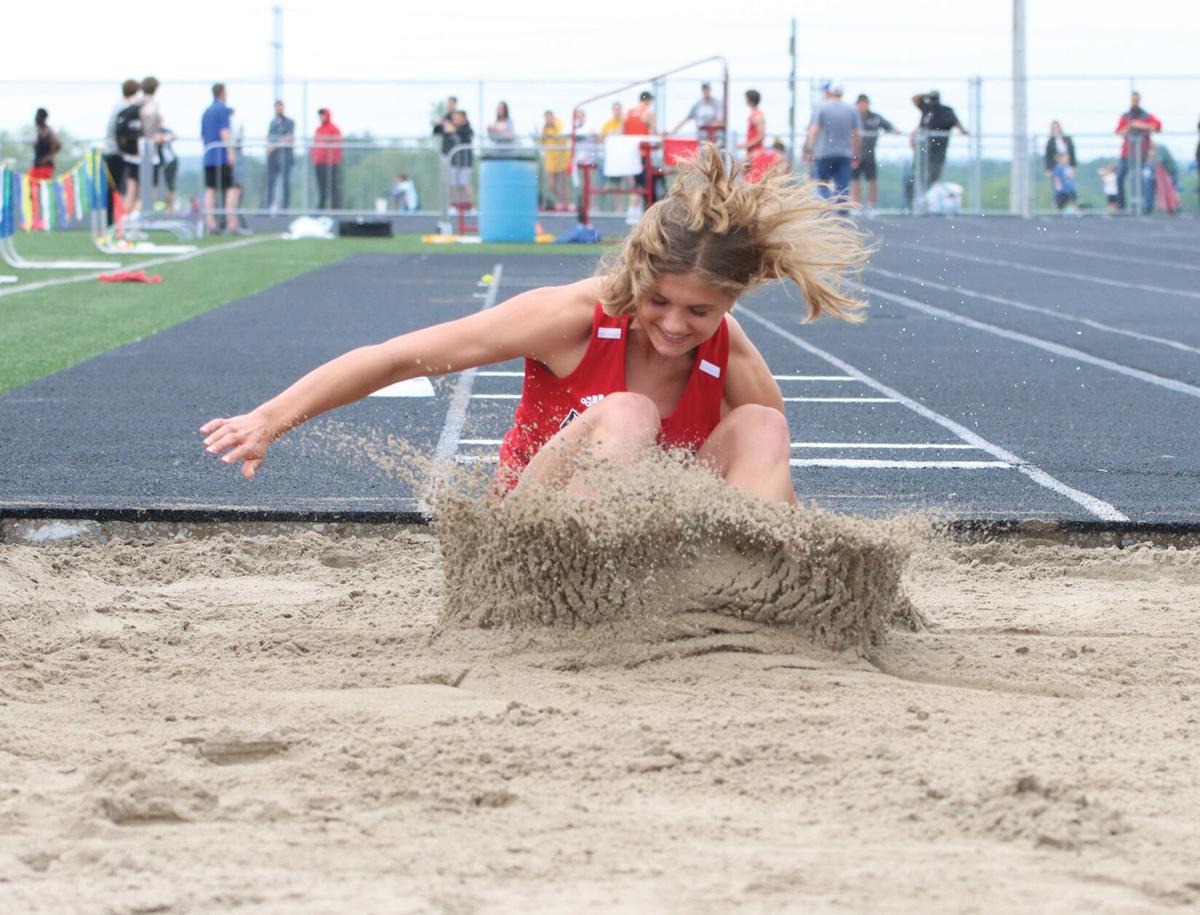 Branson junior Cali Essick lands in the sand pit after leaping more than 37 feet in the triple jump at the Class 5 Sectional 3 Meet on May 22. She finished first in the event, second in long jump and third in the 200-meter dash.

Cali Essick waits in her lane after placing third in the 200-meter dash at the Class 5 Sectional 3 Meet on May 22.

Branson junior Cali Essick lands in the sand pit after leaping more than 37 feet in the triple jump at the Class 5 Sectional 3 Meet on May 22. She finished first in the event, second in long jump and third in the 200-meter dash.

CARTHAGE, Mo. — Track was always something Cali Essick loved. Her dad ran track growing up, so she just fell into the sport.

She started running when she was young and long jump started when she was 10. It quickly became her favorite event.

“Once I started long jump, that became like my best event,” Essick said.

And she’s good at it. Essick has a personal record of 19 feet, 3 inches, which was good enough for No. 1 in the national at age 16. She hasn’t jumped her personal record yet this spring, but after completing a 19-2.75 for second place at the Class 5 Sectional 3 Meet last Saturday, she’s hoping to beat that at state.

“I loved competing at Camdenton when I hit my PR,” Essick said. “The vibes there were so good, and it was so pretty. It was just a good day all around.”

Long jump isn’t the only event Essick has had success in. It is her favorite, and she even has a gold medal from the AAU Junior Olympics Games in 2020. She jumped 18 feet, 2 1/2 inches — 7 1/4 inches longer than second place. But she’s also competed in the 100-meter dash, 200-meter dash, and most recently, triple jump.

While the other events started well before high school, Essick, now a junior, picked up triple jump about five weeks before the state tournament.

Her first competitive jump was at the Hollister Invitational on April 23. She jumped 35 feet, 6 ¾ inches and placed first. She has since stepped up her jumps, most recently landing at 37-3 ¼, which earned her first place and a state bid.

“I really liked it — I mean, it’s jumping and that’s what I enjoy — so it just clicked,” Essick said.

Essick’s been a competitive athlete for Branson since she arrived at the high school. She broke school records in the 100 and long jump. She didn’t get to have a sophomore high school season, but she was still competing when she could through the pandemic.

When her junior year rolled around, she continued her success. She now holds four school records.

“She’s broken the long jump record four times this season. Four times,” Branson head coach Kevin Blackwell said. “She is the hardest working kid around. She doesn’t just work during track season but all year long to get to where she’s at. She’s just awesome.”

At the beginning of the season, Blackwell and the other coaches joked they couldn’t even remember all the great things Cali had done since joining their high school team.

And she’s proven that since. Essick has more medals than any Branson athlete this season, and she hopes to get three more next week.

“I only did two jumps in triple because I just wanted to rest my legs and wait for next week,” Essick said. “Hopefully I can PR and do my best next week.”

Essick and five of her teammates will head to Jefferson City for the MSHSAA Class 5 State Track and Field Meet. They will compete on Thursday, May 27. Essick’s day will be a relatively short one. She starts at 1 p.m. with triple jump, long jump at 3 p.m. and ends her day with the 200-meter dash at 5 p.m.

“Our kids competed hard, and they stepped up,” Blackwell said.