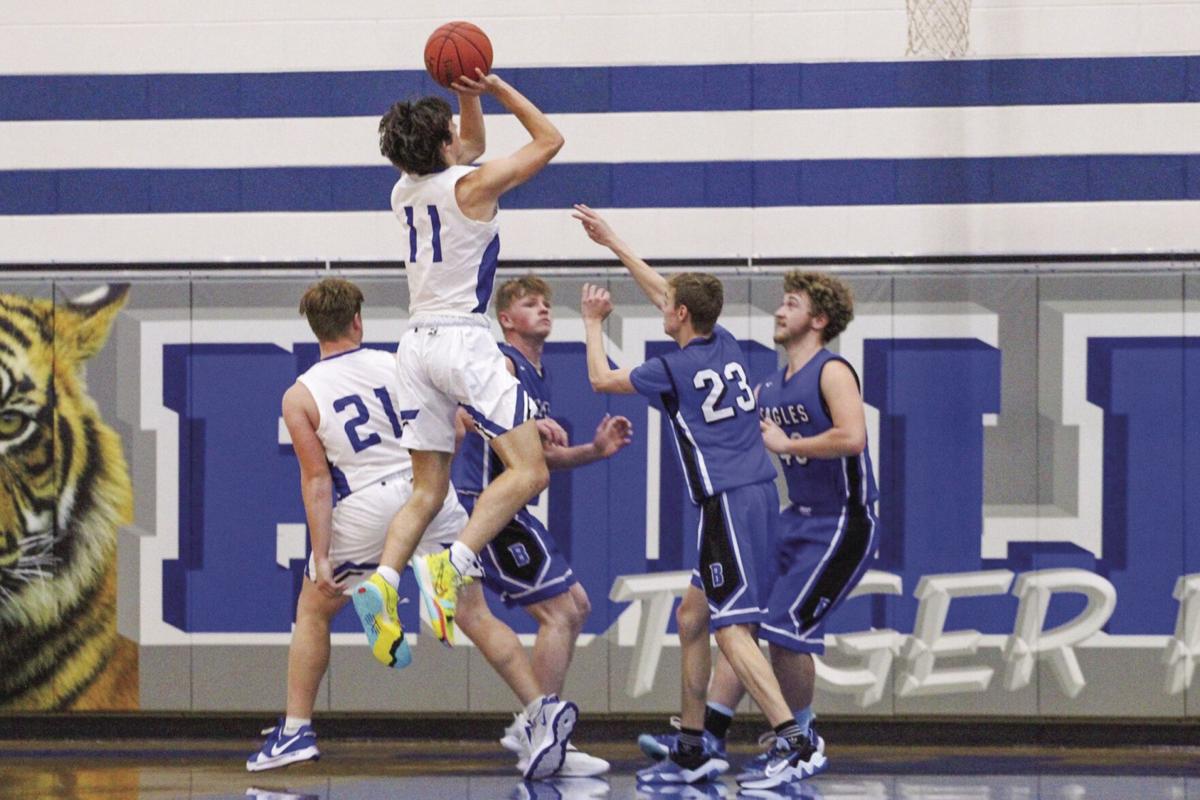 Senior Josh Barlow led the Tigers by scoring an impressive 31 points during the season opener. 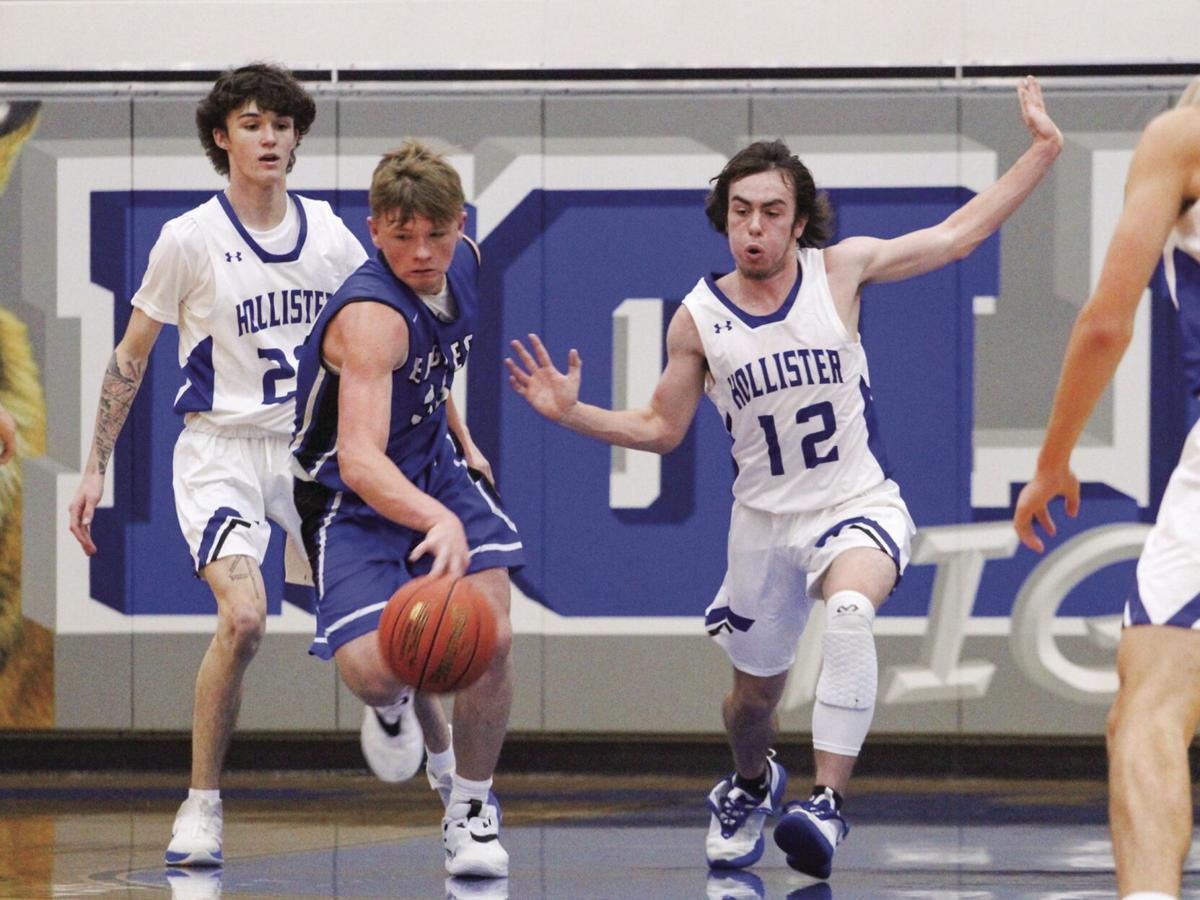 The Hollister Tigers start their season off strong. 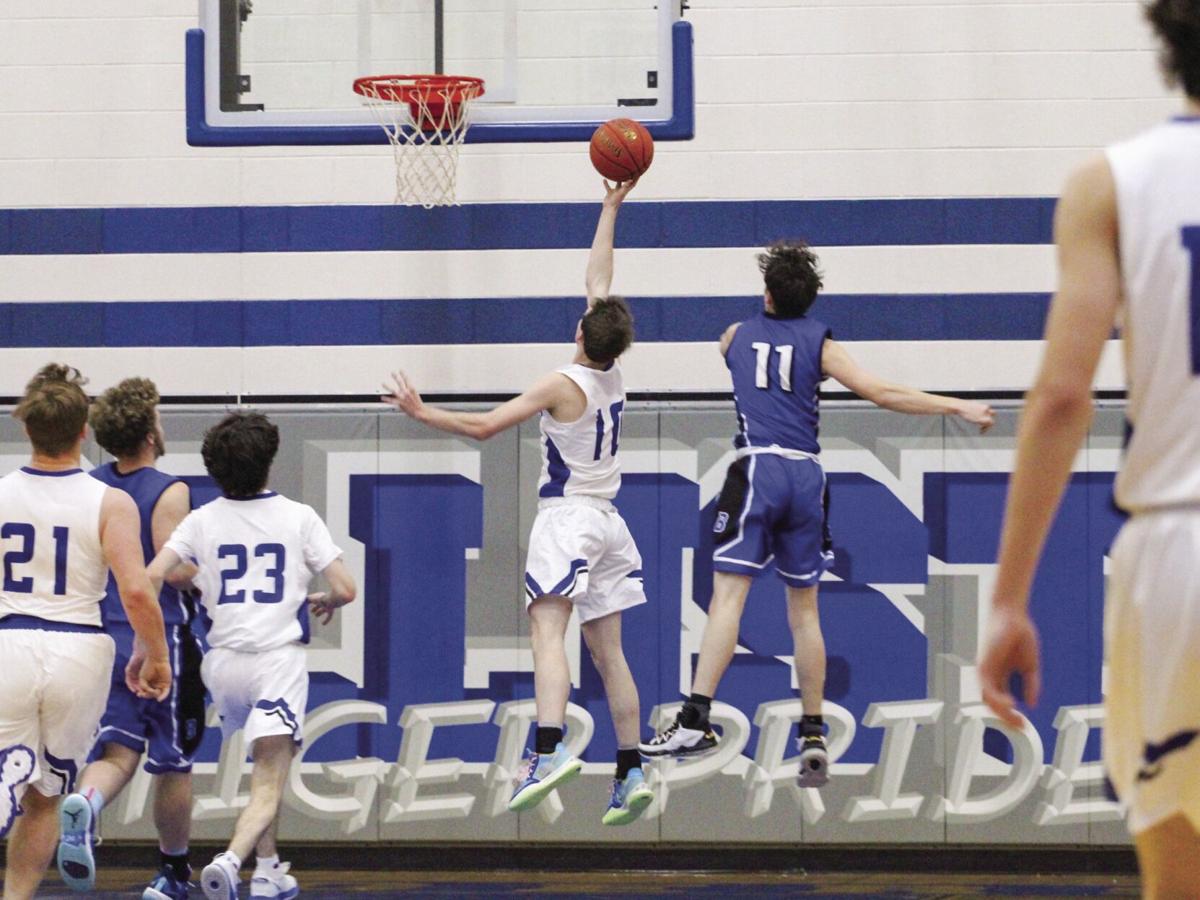 The Tigers dominated the Eagles in the season opener on Nov. 19.

Senior Josh Barlow led the Tigers by scoring an impressive 31 points during the season opener.

The Hollister Tigers start their season off strong.

The Tigers dominated the Eagles in the season opener on Nov. 19.

The Hollister High School Tigers took to the court at home to begin their season against the Bradleyville Eagles Friday, Nov. 19.

Coach Pete Leonard said he was very happy with the outcome.

The Tigers dominated the court with impressive showings from several players. Senior Josh Barlow led the team with 31 points for the Tigers. Also showing their strengths on the floor:

Rounding out the team were Ethan Wright, Ryland Franks and Logan Schwyhart who scored 2 points each.

Leonard said the Tigers have good momentum after their opener and a team that is hungry to compete.

“I think the boys are all on the same page,” Leonard said. “The fight everyday at practice for a spot. I have 10 guys and whoever earns their spot each week. So everyday is a battle for a spot at practice.”

The Tigers will be in action again at the 61st Annual Forsyth Tournament, which will take place on Nov. 29 through Dec. 4.