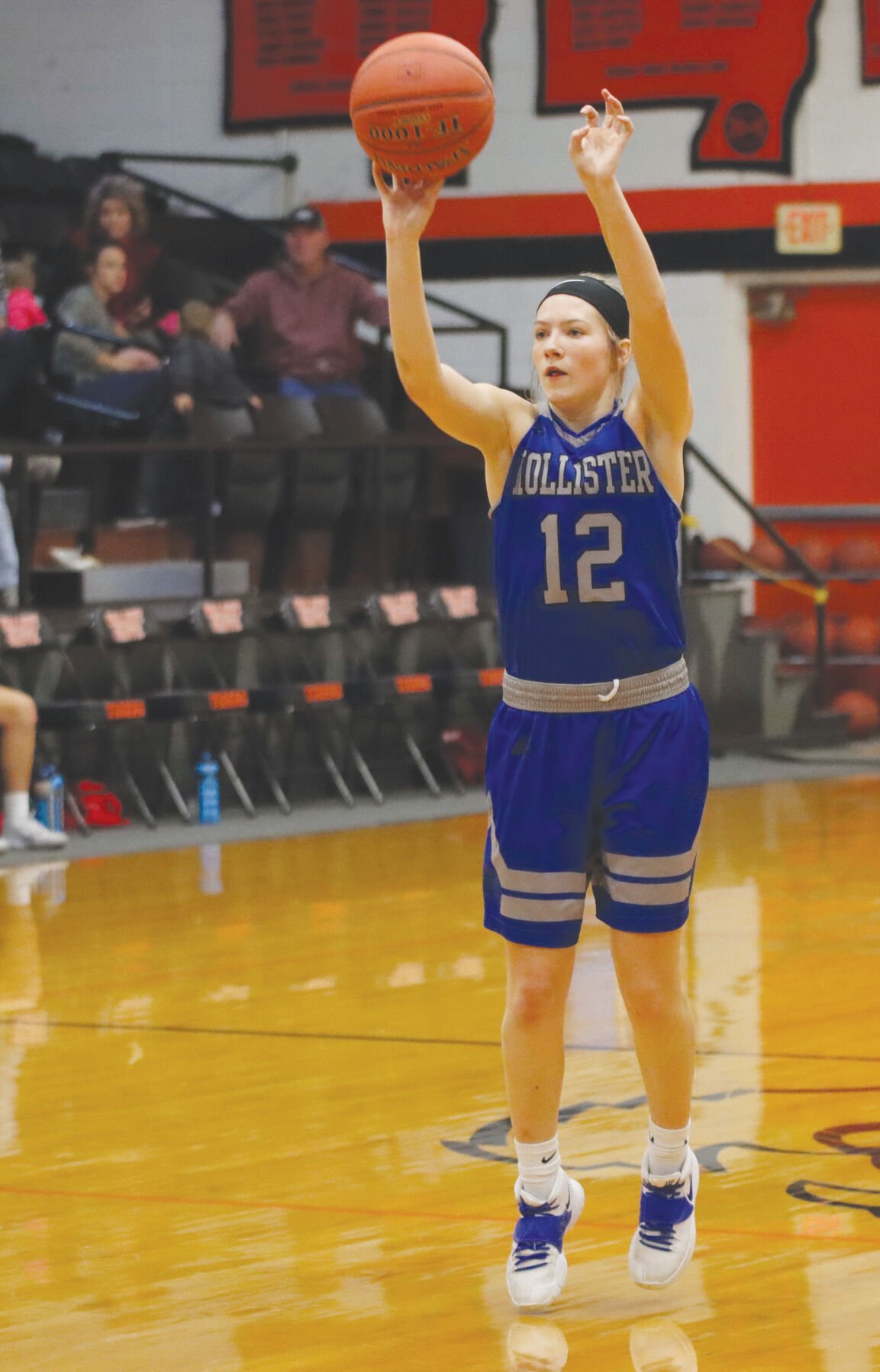 Senior Kendrick “Bug” Bailey shoots an open 3-pointer against Miller in the semifinals of the Walnut Grove Holiday Classic. 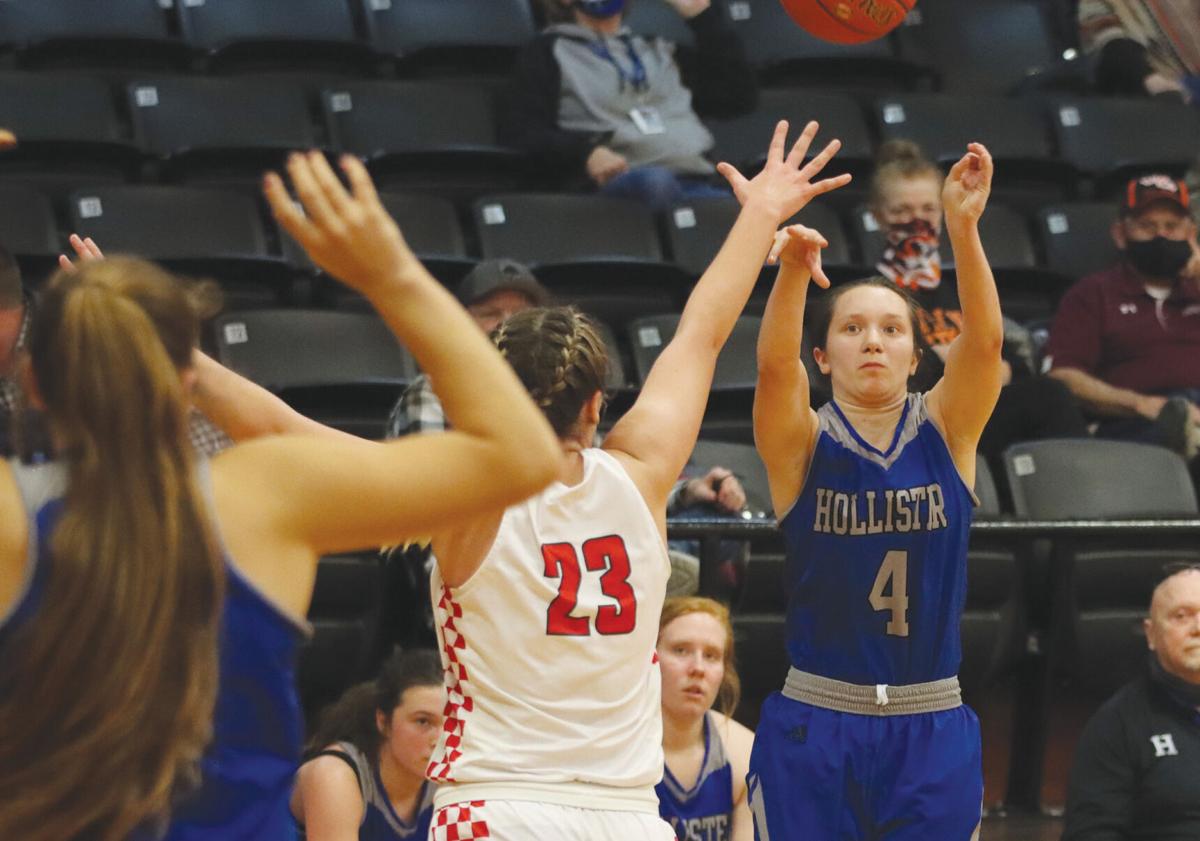 Junior Gabby Franciskovich puts up a 3-pointer in front of her bench in the second half against Miller.

Senior Kendrick “Bug” Bailey shoots an open 3-pointer against Miller in the semifinals of the Walnut Grove Holiday Classic.

Junior Gabby Franciskovich puts up a 3-pointer in front of her bench in the second half against Miller.

WALNUT GROVE, Mo. — It took five weeks and 10 games, but the Hollister Lady Tigers suffered their first loss of the season on Dec. 28.

In the semifinals of the Walnut Grove Holiday Classic, Hollister, the No. 3 seed, faced No. 2 Miller and lost 50-48. Miller was 6-1 coming into the tournament, its only loss coming from Class 6 Kickapoo. Miller is a Class 3 school, and Hollister is Class 4.

Hollister was 9-0 heading into the game against Miller, and the girls knew it would be a tough game. They were going for their 10th straight win, while Miller was hoping to be the first to put an L in the right column for the Lady Tigers.

It was an incredibly tight game from the tip. The Miller Cardinals did everything in their power to prevent Hollister senior Kendrick “Bug” Bailey from getting the ball. It worked, and the score was tied at nine after one quarter.

Miller, which only had six available players, outscored the Lady Tigers by two in the second quarter and took a 24-22 lead into the locker room.

The atmosphere was tense in the Walnut Grove gym. Parents, fans and coaches alike weren’t happy with the refereeing, and that carried over to the second half.

Shots went back and forth with little time for either team to catch a breath. Miller took a 35-33 lead off a triple, and Hollister head coach Jimmy Lincoln took a timeout in clear frustration. Hollister allowed the 3-point shot with no one playing defense and everyone watching the rebound.

The Lady Tigers tied it up at 35 before Miller took a 39-37 lead to end the third quarter.

Every time Miller would try to extend the lead, Hollister found a way to claw itself back into contention.

“It was just one of those nights that it seemed like every time we could score or take a lead or get it tied, they’d hit a bucket,” Lincoln said. “It just seemed like we were playing catch up all night long.”

With 20.7 seconds left on the clock, Miller took a timeout with the score tied at 48.

The Cardinals moved the ball around, and on an in-bound pass junior Jacki Pyatt fouled a Cardinal player to send her to the line with 2.3 seconds to go. Both were made, and Miller took the 50-48 win to the championship game of the tournament.