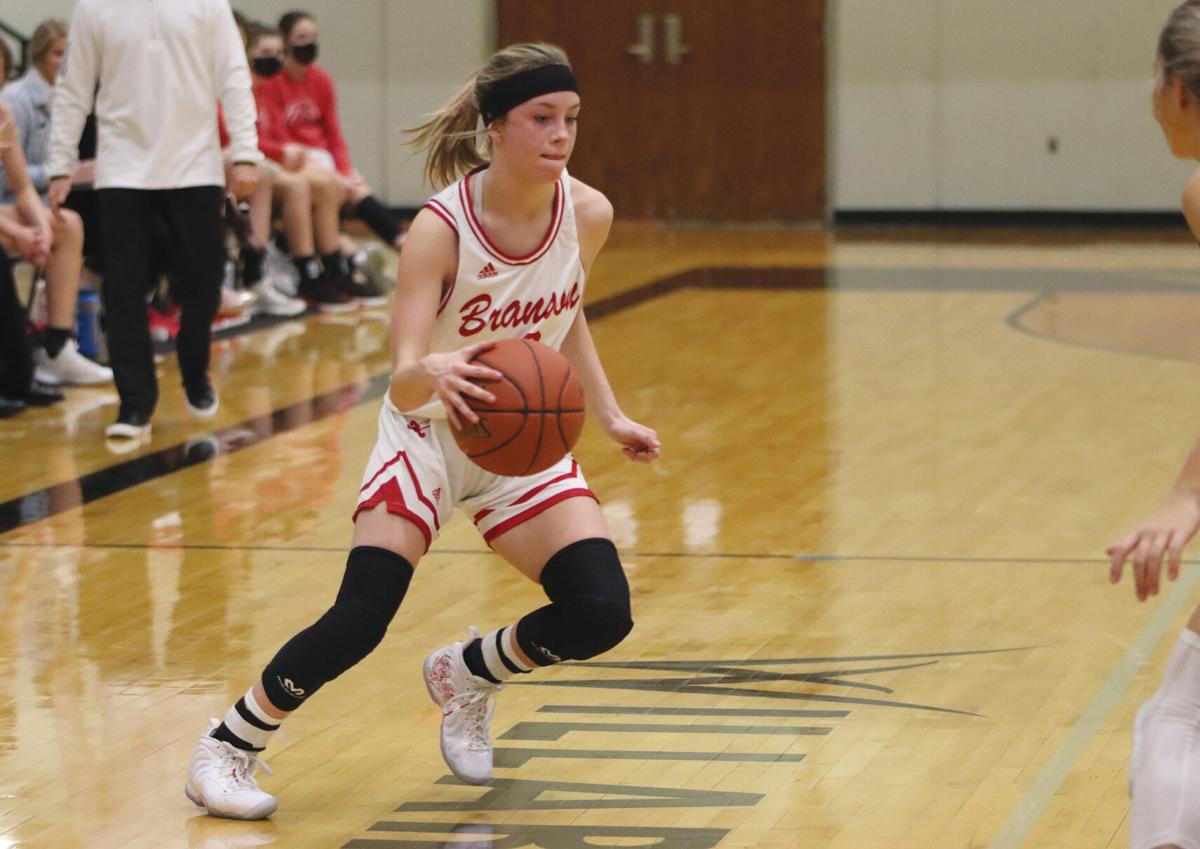 Sophomore Ellie Hoenie looks for a way into the lane after bringing the ball across half court. Hoenie primarily played as point guard for the Branson Lady Pirates and ended with seven points against Sullivan on Dec. 3. 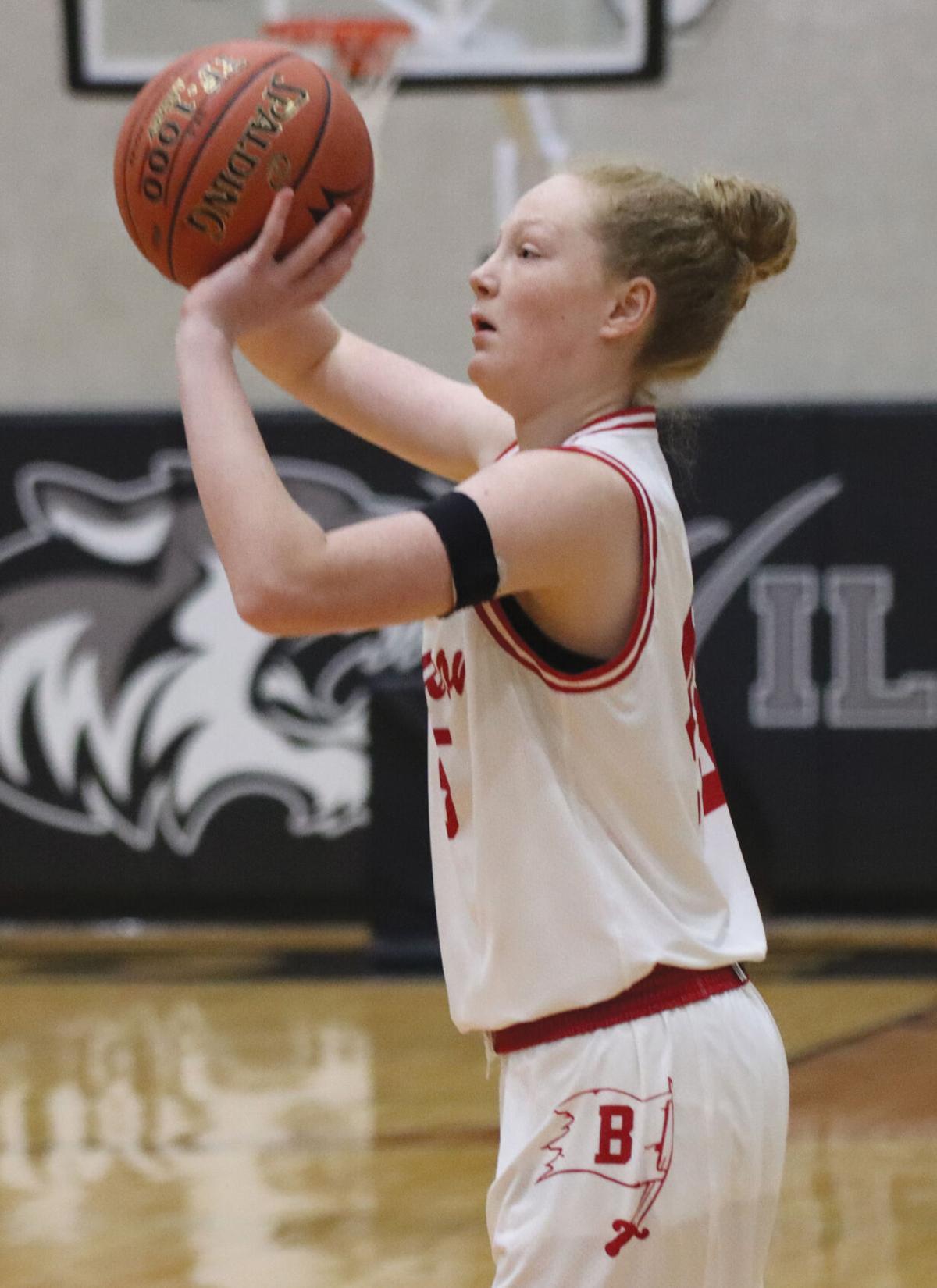 Freshman Taylor Foster lines up a 3-point shot against Sullivan in the Willard Basketball Classic on Dec. 3.

Sophomore Ellie Hoenie looks for a way into the lane after bringing the ball across half court. Hoenie primarily played as point guard for the Branson Lady Pirates and ended with seven points against Sullivan on Dec. 3.

Freshman Taylor Foster lines up a 3-point shot against Sullivan in the Willard Basketball Classic on Dec. 3.

WILLARD, Mo. — At the beginning of the season, Kip Bough, head coach of the Branson girls team, said he knew his team was going to struggle this season. It wasn’t due to lack of talent, size or depth. It was because of lack of experience.

The Lady Pirates lost 47-33 to Sullivan in the first round of the Willard Basketball Classic on Thursday, Dec. 3.

And while the loss showed a lot of the inexperience on Bough’s roster, it showed a lot more of what he does have at his disposal.

While no one can compare to what Priscilla Williams brought to Branson, the role of team leader needed to be filled. On a roster without any seniors, Bough said he’s hoping to rely on some of his juniors, like Chloe Grimm. Grimm, however, is recovering from an ACL tear and will not be back until later this season.

Some juniors like Rachel Riveros, Joanna Lansman and Shelby Heil did step up to play against Branson, but none showed the basketball mindfulness of sophomore Ellie Hoenie.

Primarily in the point guard position, Hoenie was responsible for communicating with her team, sharing the ball and working on defense to keep Sullivan’s point guard secluded near half court.

Hoenie forced the point guard to go one way or the other by creating a perpendicular barrier to half court. She would force the point guard onto her left hand by standing with her chest equal to the guard’s shoulder. Any time the ball was returned to the top of the key, Hoenie repeated this exercise.

It worked out in her favor plenty of times. Either she forced the turnover or a teammate stepped in when the pass was made to snag the ball away from Sullivan. They scored 13 points in the third quarter thanks to Hoenie’s work early on.

The Lady Pirates have grit.

The first half put the Lady Pirates at a big deficit. After the first quarter, they were down 17-6. They scored just one jumper from Lansman in the second quarter and trailed 28-8 heading into the locker rooms.

It was clear the girls were frustrated as the first half clock wound down. Several girls had sloppy fouls, and the turnovers were almost outnumbered shot attempts. Heads were down walking away from the first half buzzer.

But the team that came out for the third quarter was completely different than that of the first and second. Bough changed his defensive scheme to create more one-on-one pressure, especially as the point guard crossed half court.

The level of aggressiveness did not drop, but each play appeared to have more mindfulness than the first quarter.

No team wants to lose by 14, especially not in the first game of the season. The Branson girls defeated Ash Grove on Friday and then lost to Fort Scott on Saturday, but the Lady Pirates learned a lot about themselves over a three-day span.