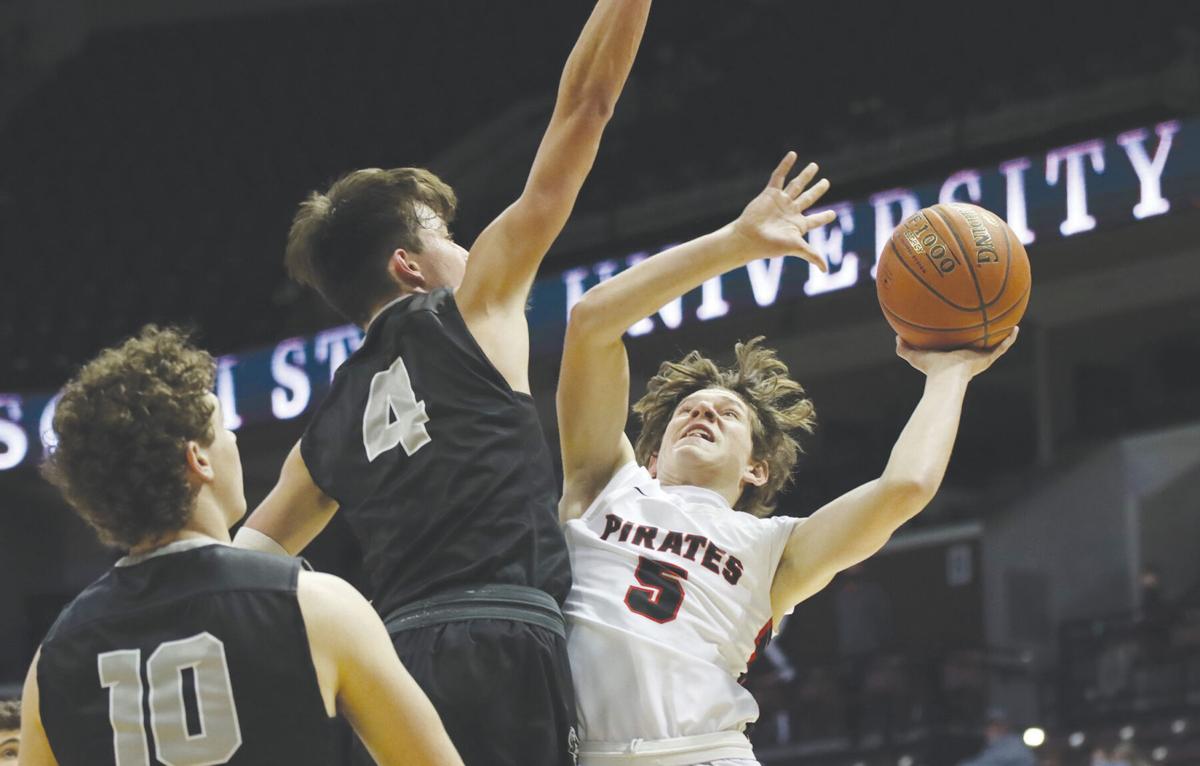 Junior Kyle Scharbrough shoots a layup while a Skyline defender tries to block his shot. 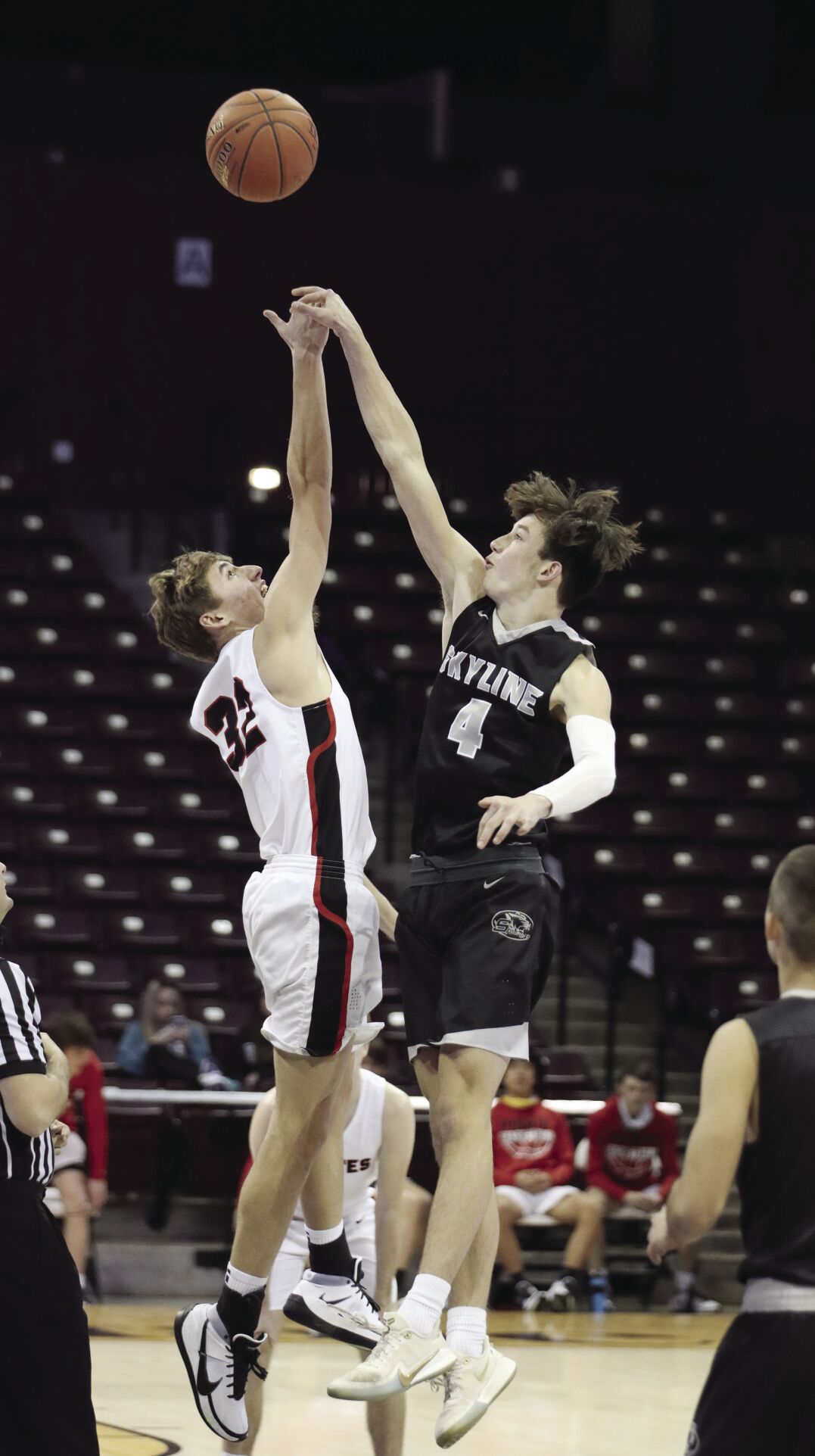 Junior Kade Goodwin jumps for the tip against Skyline on Saturday, Dec. 26.

Junior Kyle Scharbrough shoots a layup while a Skyline defender tries to block his shot.

Junior Kade Goodwin jumps for the tip against Skyline on Saturday, Dec. 26.

SPRINGFIELD, Mo. — The Branson boys basketball team struggled against Skyline in its first game of the Blue & Gold Tournament.

The Pirates lost to Skyline and moved to the consolation bracket of the tournament. Skyline, the No. 4 seed in the Blue Division, was taller and faster than Branson, which is what caused the most issues for the Pirates.

Against Purdy on Monday, though, the Pirates won 64-41.

Juniors Kyle Scharbrough and Ethan Jones led the Pirates in scoring with 13 and 12, respectively. Junior Jack VanSickle scored all nine of his points in the fourth quarter.

The Pirates moved to 4-4 after the win over Purdy. They will play Buffalo in the consolation semifinals at 9 a.m. Wednesday, Dec. 30.