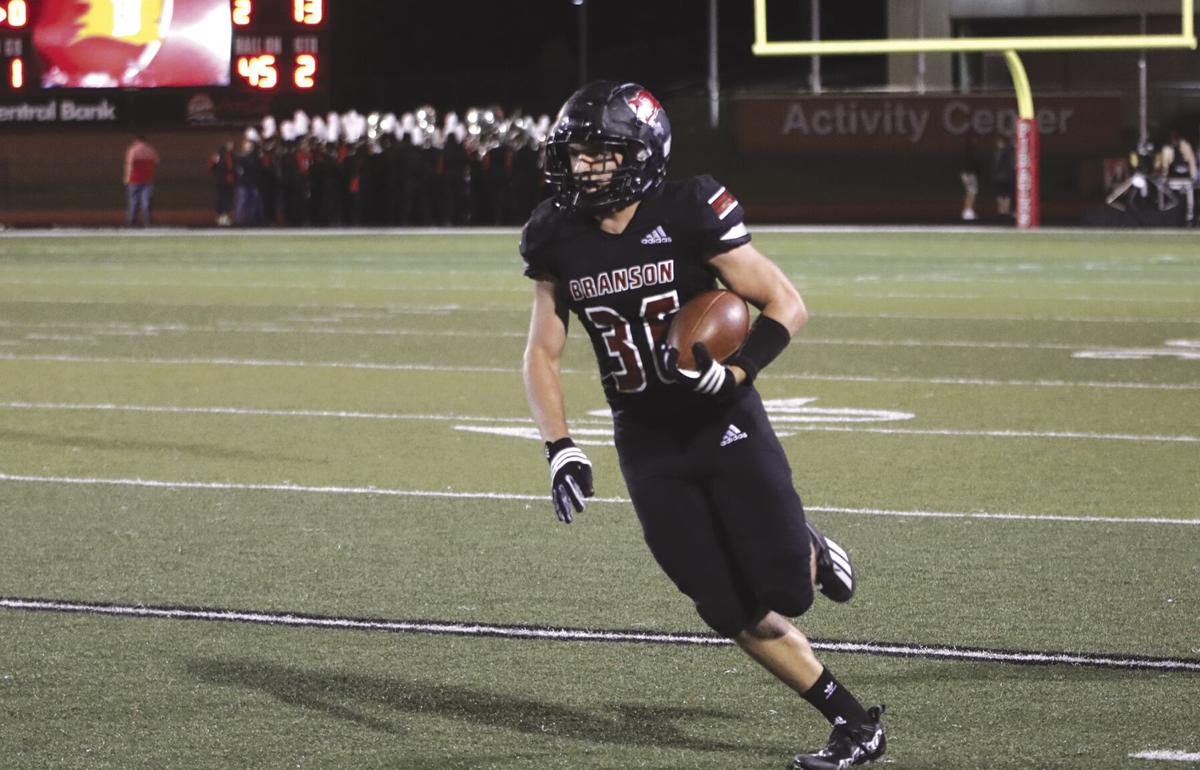 Brnason senior Colton Cooper runs the ball into the end zone. The Branson Pirates fell to Joplin 21-16 on Oct. 15, 2021, at Pirate Stadium. 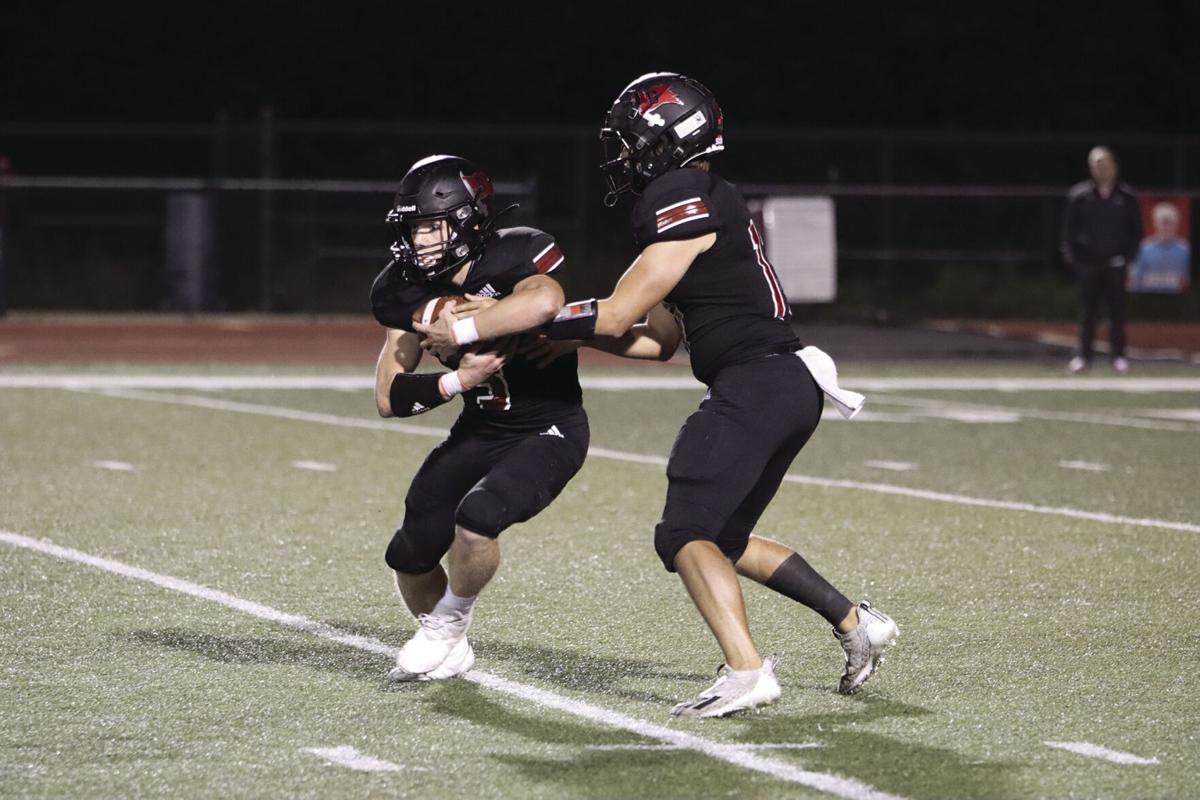 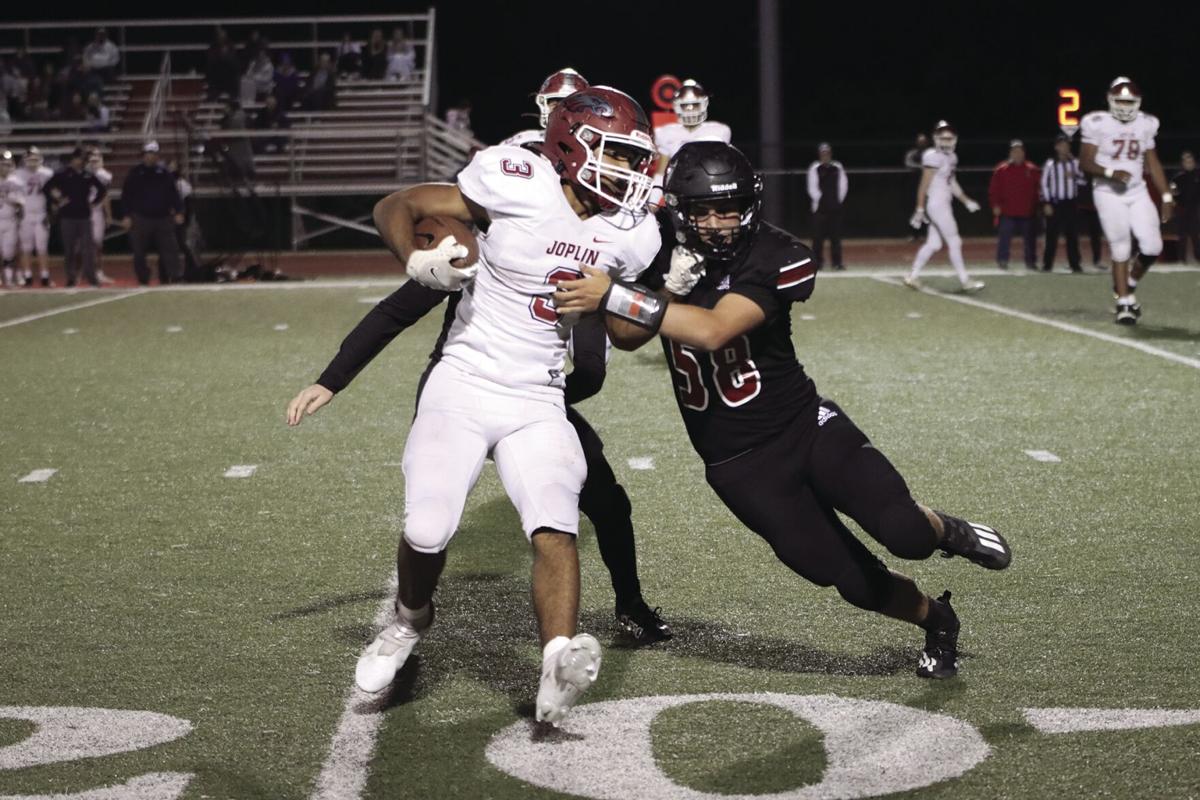 Brnason senior Colton Cooper runs the ball into the end zone. The Branson Pirates fell to Joplin 21-16 on Oct. 15, 2021, at Pirate Stadium.

It was an interesting week as the district brackets look to be finalized and teams prepare for the ever-famous “we have a 0-0 record now” postseason.

Hollister and Forsyth won their games.

Hollister hosted Mt. Vernon and shut out the Mountaineers 38-0. The Tigers are now 5-3, rebounding from two straight losses to Aurora and Logan-Rogersville.

Next week, Hollister faces 1-7 Springfield Catholic, whose only win was against Mt. Vernon. Hollister sits at second in the Class 3 District 6 standings after the win.

Forsyth’s 56-15 win over Agape also put the Panthers at 5-3 this season. They’ve also won their past three games. The Panthers do sit at second in the Class 2 District 3 standings, and this Friday, they will play Class 5 District 5 Central (Springfield) on the road.

The Branson Pirates and Reeds Spring Wolves had tough games on Friday against Joplin and Aurora, respectively — both of which were ranked in the Oct. 11 state football rankings. The statewide high school football rankings are compiled by a 10-member panel of sportswriters and broadcasters from across the state.

Branson faced off with Joplin, the only Class 6 team in the Central Ozark Conference. What’s more, the Pirates battled with Joplin.

Despite losing 21-16, Branson was one of only three to hold Joplin within a touchdown all season. The only other two to do that were Webb City, which lost 41-40 in Week 1, and Nixa, which lost 28-25 in Week 2. Joplin has won its four other games by at least 31 points. It’s one loss was a 34-22 loss to undefeated Carthage.

Branson’s close game with a ranked Class 6 opponent proved what head coach Anthony Hays has said all season: The Pirates are good when they piece the good stuff together.

Ultimately, the Pirates missed their chance to upset Joplin when Joplin secured a safety to take a five-point lead with only a little bit of time left in the fourth quarter. Up to that point, the Pirates fought to keep up with Joplin.

The Pirates are now 3-5. They will travel north to Republic (4-4). Branson currently sits at fifth in the Class 5 District 5 standings.

Reeds Spring also stayed in the game against Aurora, which sits at the top of their Class 3 District 6 standings.

Reeds Spring took a 14-0 lead before Aurora tied it at 14 at halftime. The defensive battle continued through the third quarter, and neither team scored. Aurora went on to score twice in the fourth quarter to seal the 28-14 win.

Reeds Spring has now lost four straight and sits at sixth in Class 3 District 6. The Wolves travel to Logan-Rogersville (5-3) this Friday.