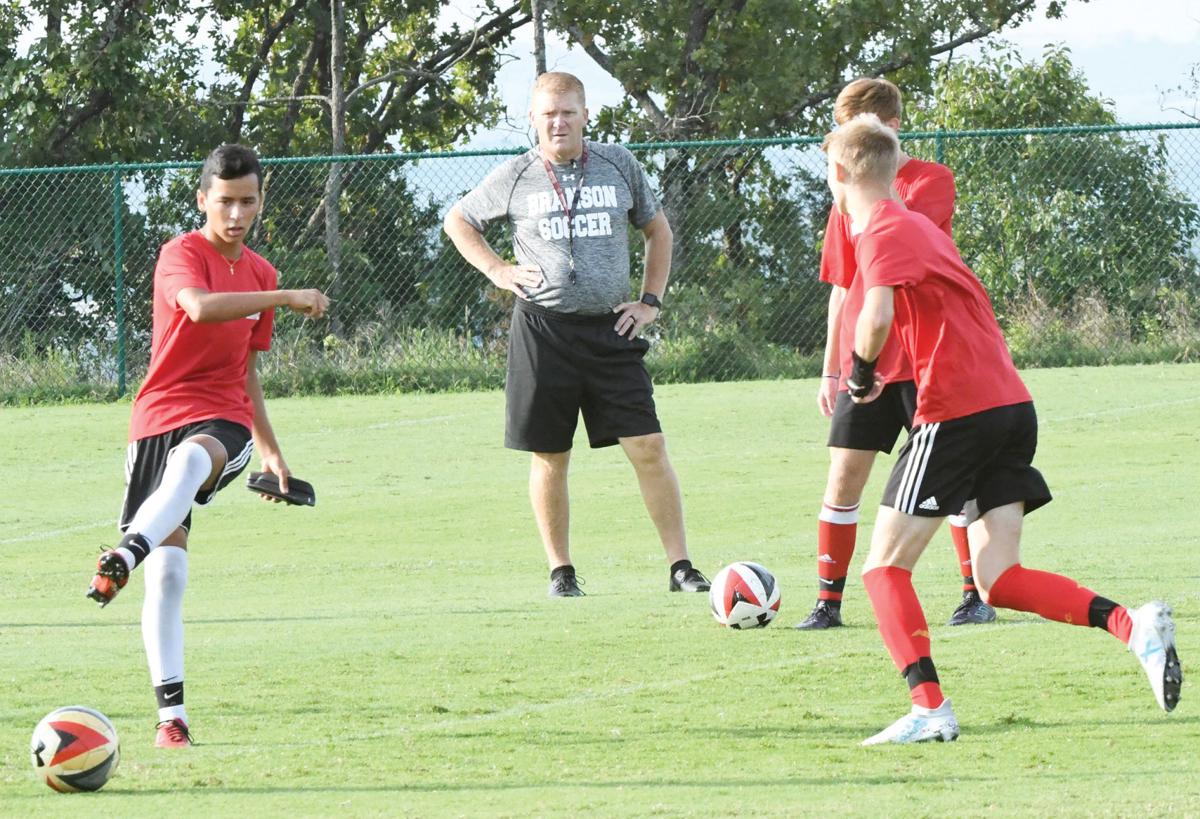 Branson coach David Brenner is optimistic his team is ready to take the next step and advance through district tournament competition. 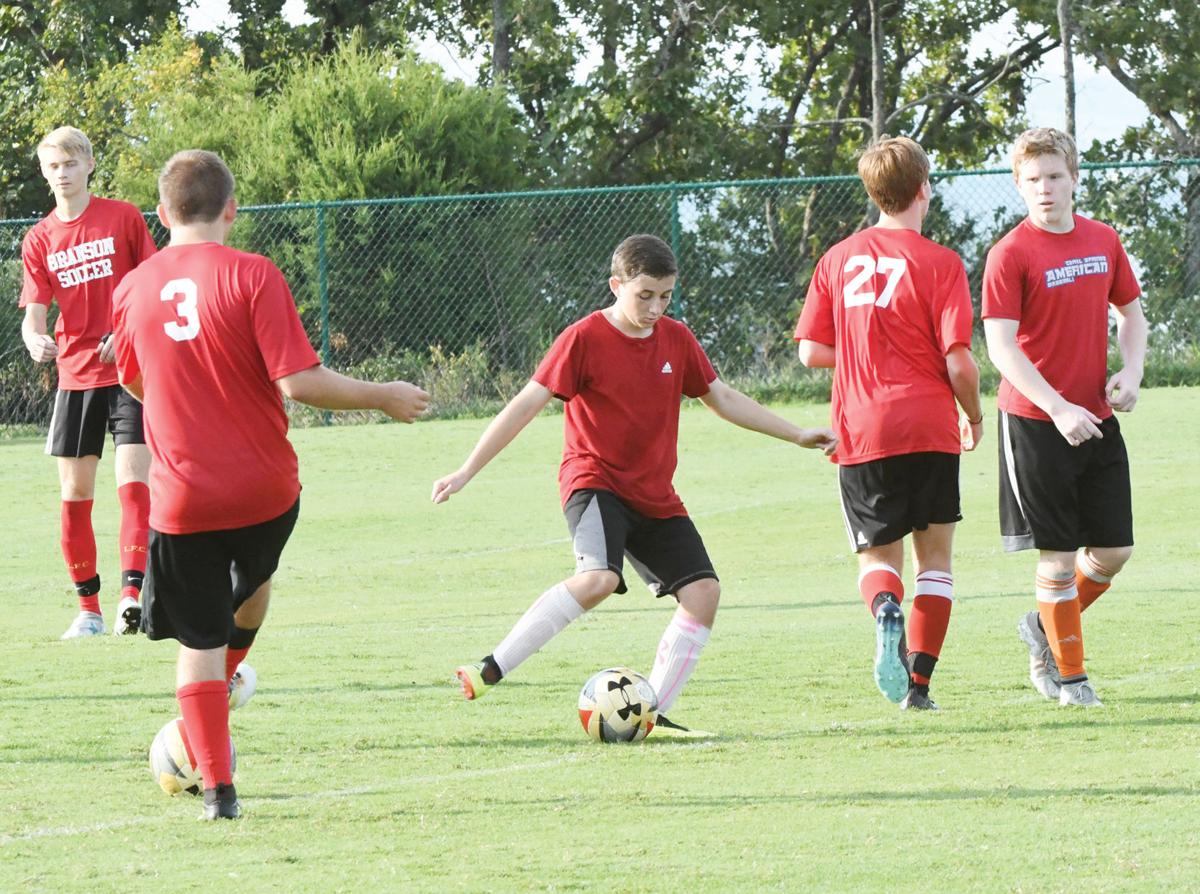 Branson senior Nino Stiglianese (center) plays much bigger than his listed height of 5-foot-6. The team captain finished with nine goals and nine assists last year for the Pirates.

Branson coach David Brenner is optimistic his team is ready to take the next step and advance through district tournament competition.

Branson senior Nino Stiglianese (center) plays much bigger than his listed height of 5-foot-6. The team captain finished with nine goals and nine assists last year for the Pirates.

Branson High School boys’ soccer coach David Brenner admits he had some initial reservations about the prospects of Nino Stiglianese making an impact on the varsity level.

Stiglianese is far from the most physically imposing player you’ll find on the soccer pitch.

But take the 5-foot-6 senior for granted, and he will make you regret it.

Watch the Pirates play – or even take in a practice session – and you’ll find Stiglianese is constantly around the ball.

He generates quality chances and sets up teammates in prime scoring territory, seemingly without much effort.

Maybe it’s because he can easily get blend in with the traffic.

As he puts it with a laugh, “I use my quick feet to get around, and just kind of weasel around.”

Stiglianese is a captain and one of five senior starters returning for Brenner and the Pirates, who are coming off a 15-8 finish and loss to Nixa in the opening round of the Class 4 District 10 Tournament.

Stiglianese finished with nine goals and nine assists as a junior for the Pirates, proving Brenner’s initial varsity reservations wrong.

“I’ve got to admit, when he was a sophomore, his size kind of held me back on the varsity,” Brenner said.

But Stiglianese didn’t back down, seeing some playing time on the varsity as a sophomore. His work ethic and production helped lead to a captain’s role as a junior, and he’s only continued to improve.

“He has great vision on the field – he’s the player you want in the middle of the field, because he sees all the sides, and from front to back.”

If you buy the adage that age is just a number, you may want to extend that to include size being just a number, too – for Stiglianese and the Pirates.

“He never let size enter into the equation for him,” Brenner said. “It’s just been, ‘I’m going to go outwork you.’

Stiglianese is one part of a balanced and dangerous offensive group back for the Pirates this fall. Dwight Hyde and Cris Abarca each scored 13 goals, with Hyde adding 13 assists. Justice Webber added 10 goals, and he and sophomore Alex Brenner are pulling double-duty, playing soccer and kicking for the Branson football team.

The group of seniors is a special one, with a lasting connection with its coach.

“The seniors have been with me since they were in seventh grade, and in our middle school program,” Brenner said. “They are great leaders, they have done a great job of pulling the younger guys in, whether they are a junior or freshman or whatever. They pull them in and make them better.”

A big focus in the preseason has been working on conditioning. The team has decent numbers, but Brenner is not expecting to be able to substitute as liberally as he has in recent seasons.

Add in a stretch when the team will play nine matches in an 11-day period, and conditioning will be a key.

“We’re probably going to have a shorter varsity bench this year and we’re going to expect more minutes out of our starters,” he said. “We need them to be ready – if they need to go 80 minutes in a night, and beyond, we want them to be ready.”

Last season’s district tournament was a disappointing way for Branson to end the season. The Pirates had hopes of breaking through, but fell behind host Nixa early, being eliminated in a 4-0 loss.

That has been a motivator for the last 10 months, as the players and coaches have their sights set on contending for a title in the Central Ozark Conference and a district run.

“They want to make a big impact so they have a big legacy they leave behind,” Brenner said. “And they have. We had 45 kids show up for our middle-school program this year. That’s the largest number we’ve ever had. That means that these guys are making an impact in the community.”

Stiglianese agrees. He has big things in mind for this fall.

“This is the best team I’ve played on,” he said. “I think we’re going to win districts and go far in the postseason.

“I’ve been thinking about it all year, this is going to be my last year playing here, so I’m just going to enjoy it.”