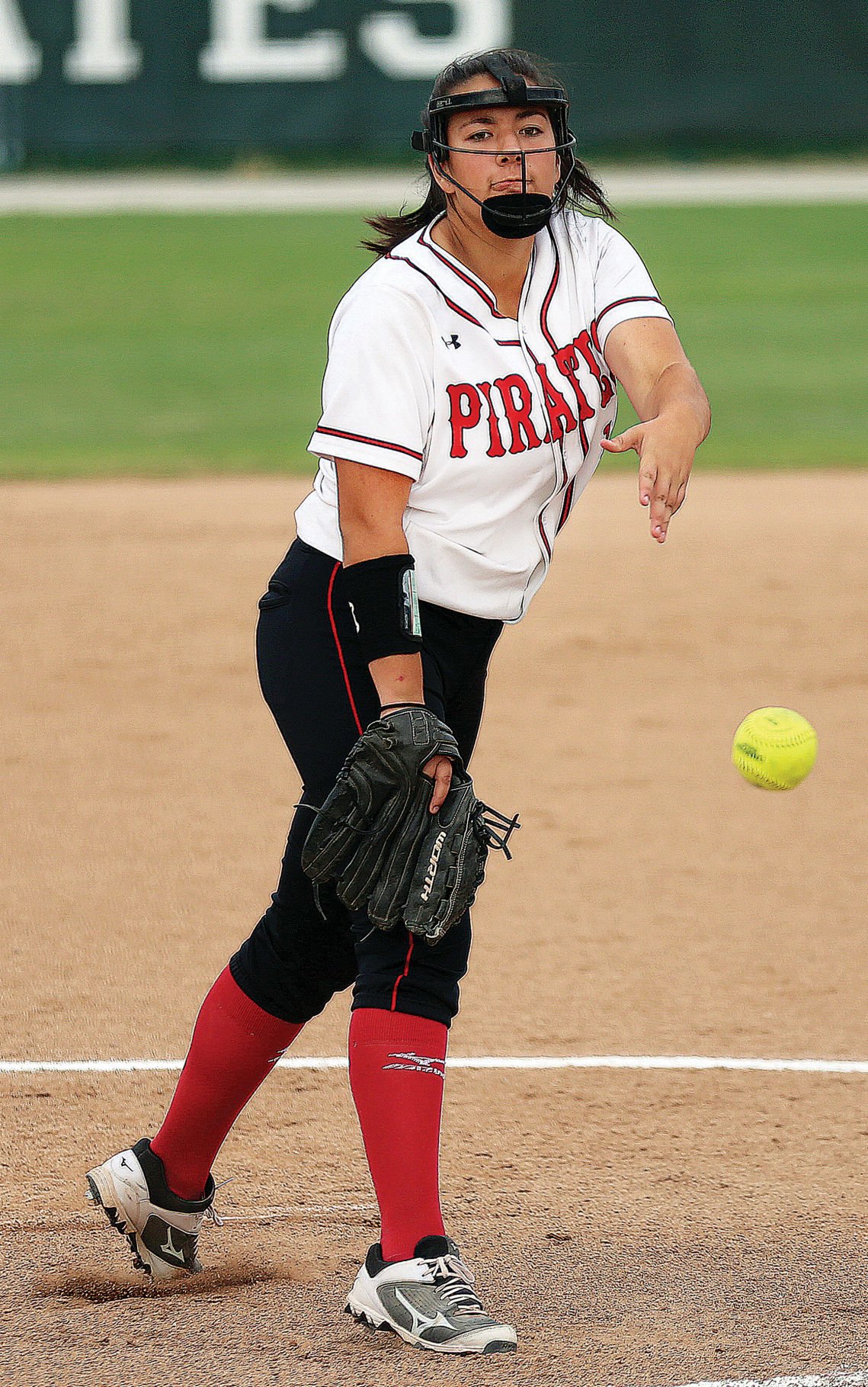 Southpaw Cat Ford is back for her third season as the pitching ace for the Branson softball team, giving a sense of optimism to first-year coach Josh McKee. 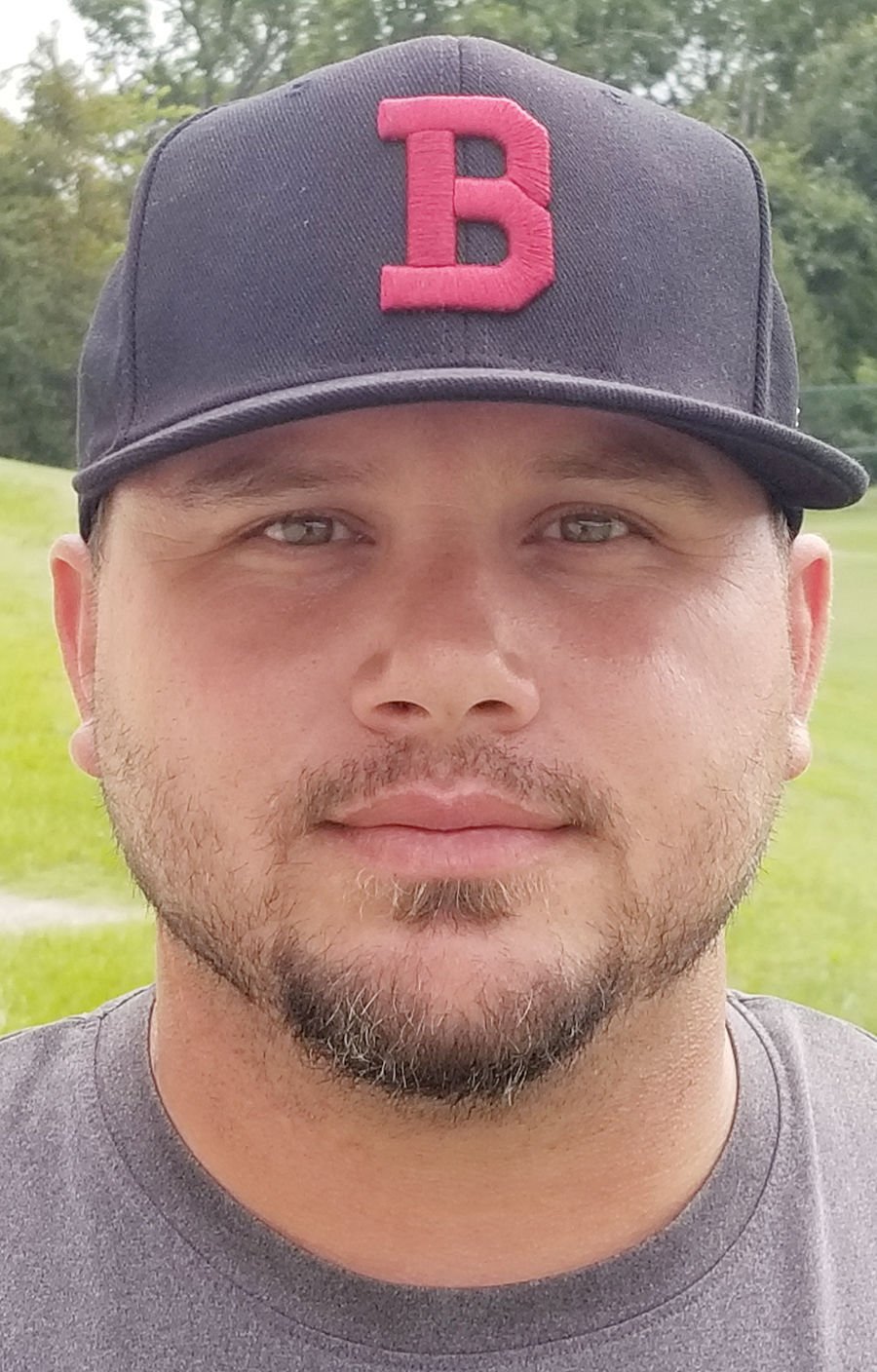 Southpaw Cat Ford is back for her third season as the pitching ace for the Branson softball team, giving a sense of optimism to first-year coach Josh McKee.

When Josh McKee took the job as Branson High School’s softball coach and started to get to know his players, he needed a scorecard.

That’s not unusual for a new coach taking over an athletic program.

But the players soon found they needed a scorecard, too, to keep their positions straight.

Catcher Aly Smethers, who has gone through some injury problems throughout her career, was moved to third base.

Emily Adams patrolled the outfield last season. McKee saw her play and moved her to second base. Savannah Miller enjoyed a breakout junior season, hitting .414 and driving in 24 runs. She played right field but is moving in behind the plate.

Molly Hagston did not play last season, but she’s back and has a corner outfield spot locked down.

It was a fun time for McKee to assess what he has to work with at Branson, and far from the rebuilding process that many first-year coaches inherit.

“The talent level was to the ceiling, they just needed refined,” he said. “Some of those small skills, the fundamentals, things like that. The talent side of it, the natural ability, they’ve got as much talent as anybody.

“They just need to polish those tools and show more consistency.”

It’s been just as much fun for the players, hungry for a big season after a 16-15 campaign that saw them lose to Kickapoo in the semifinals of the Class 4 District 11 Tournament.

“I can see the girls are excited, just for a change this year, and to be able to bond more,” senior Amber Large said. “That’s one thing we’ve been working on, to get closer as a team. It’s something we’ve struggled with in the past, so we’re working really hard to get there.

“The summer was great, everybody getting to play together in one league was nice. We got to know each other much better.”

Large’s spot was untouched by the offseason shuffling, and she should be back hitting cleanup after hitting .326 as a junior.

Bellanne Johnson keeps her spot at shortstop, giving McKee someone he can depend on at that key position. She hit .333 last season.

“I am very optimistic,” McKee said. “I think if we maintain positive attitudes, not just in practices but during games – that has been one of our struggles – we will have a pretty good season.”

The importance of staying positive has been a point of emphasis throughout the entire team, for a program that has its third coach in the last three seasons.

“The seniors are taking a stand this year, and we’re working as a team and trying to stay positive for the whole season,” Adams said.

It’s been easy for McKee, too, to remain positive about the players he inherited.

“The talent is there, for sure,” he said. “They just need to learn how to compete a little more, get a little tougher in key moments to get over the hump. I see this team winning a lot more games than last year and just being more competitive.”

In addition to the position switches, much of the summer has been about McKee and his players getting used to each other and learning about the expectations for the program.

“All summer, in our open fields and weights, we had anywhere from 15 to 24 girls every day,” he said. “It was good that the girls wanted to be out here. A new face in town sometimes can scare people away, but they accepted it very well and worked very hard all summer.

“It could be an exciting season for them.”

Maybe the biggest thing McKee has at his disposal is the return of pitcher Cat Ford. She is entering her third season as the Pirates’ ace and should be able to keep the team in every game as a senior.

“Pitching is always the key,” McKee said. “I saw her pitch in her last couple of tournaments, and she looked really good. That’s a huge thing in softball. If you don’t have good pitching, you’re not going to be very good.

“I feel like we’re built and set to have a pretty good season because we have pretty good pitchers.”

McKee is an Ozark High School and College of the Ozarks graduate who started his coaching career with the baseball program at Stoutland High School. He moved on to Springfield Hillcrest, where he was an assistant baseball coach and the head softball coach for the last eight seasons.

He’s eager to help the Branson softball program take the next step in its growth, and is looking for the experienced players on the roster to lead that movement.

“We’ll be as successful as our seniors,” he said. “There are five or six of them, and we will be as strong as they want to be, it’s kind of on their shoulders to get everybody to step up.”