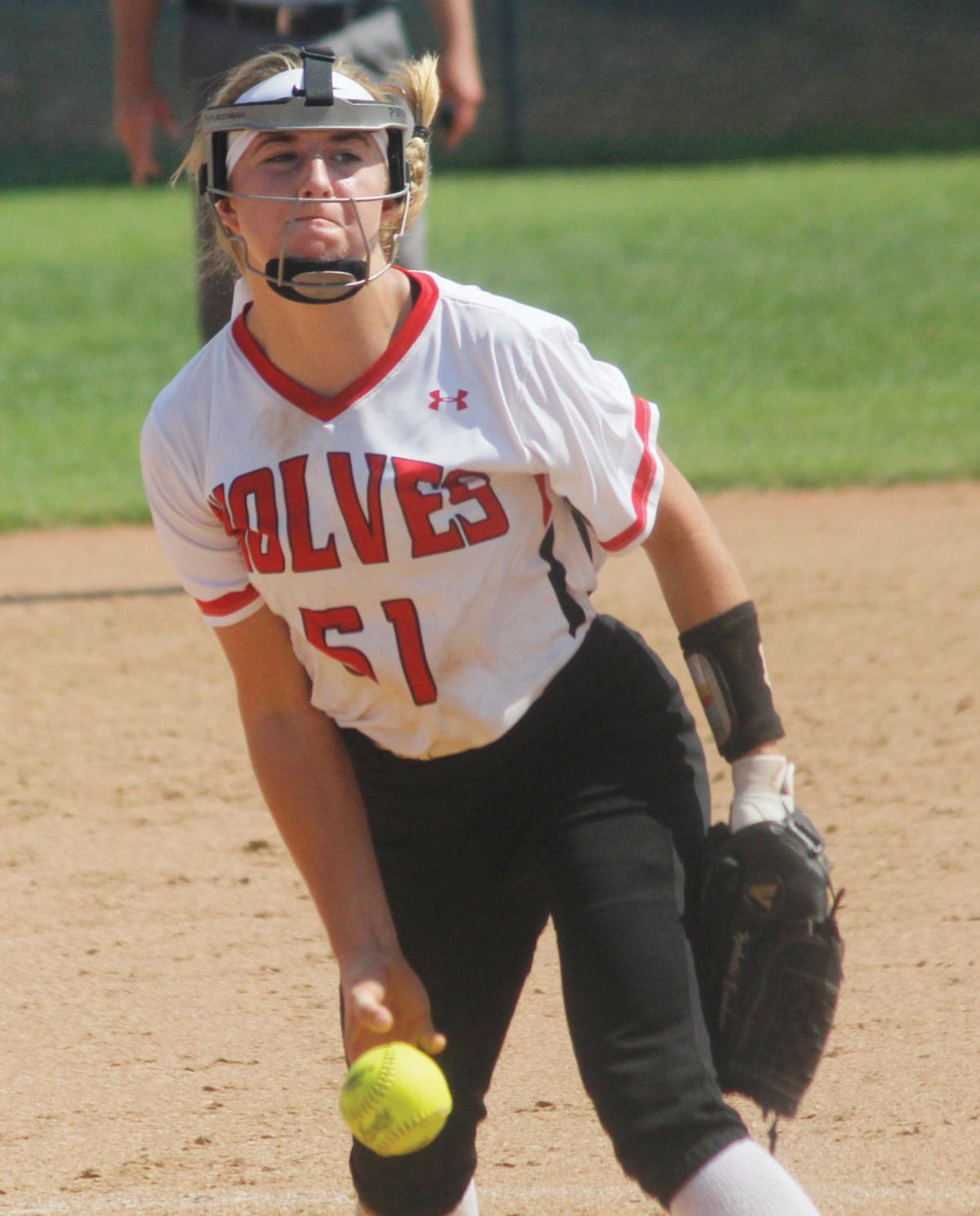 Reeds Spring junior Izzy Erickson is one of the most dominant softball players in the entire state. She struck out 185 hitters in 113 innings, and hit .570 with 29 RBIs at the plate, as a sophomore. 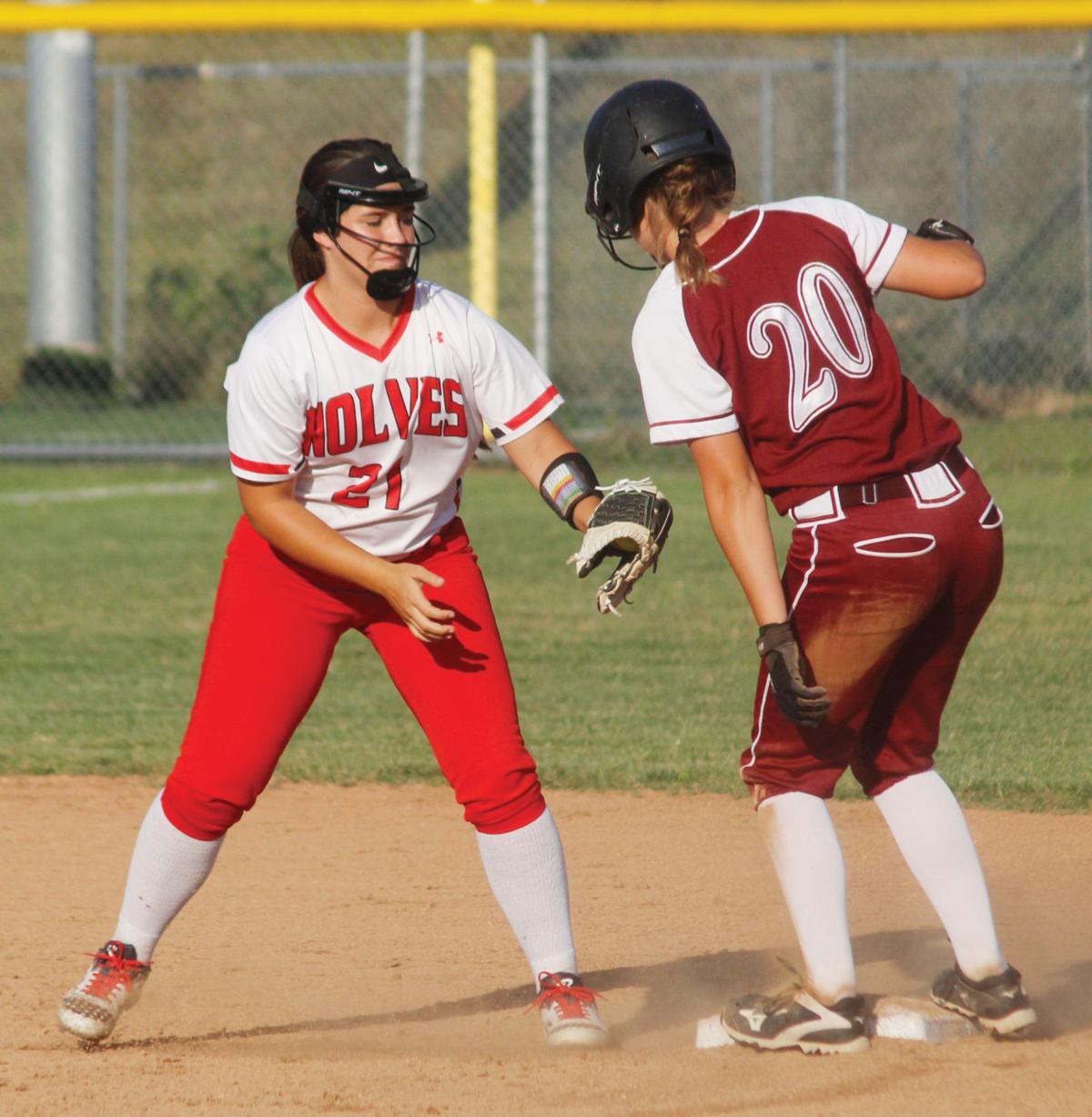 Reeds Spring senior Courtney Scobee is a four-year starter at shortstop for the Wolves, coming off a season when she hit .345.

Reeds Spring junior Izzy Erickson is one of the most dominant softball players in the entire state. She struck out 185 hitters in 113 innings, and hit .570 with 29 RBIs at the plate, as a sophomore.

Reeds Spring senior Courtney Scobee is a four-year starter at shortstop for the Wolves, coming off a season when she hit .345.

REEDS SPRING – Scott Walker is not shying away from expectations this fall.

The Reeds Spring High School softball coach has a deep and talented team going into this season, led by some of the most promising and decorated players in all of southwest Missouri.

Leading the way is junior Izzy Erickson, who has put together some staggering numbers over her first two varsity seasons for the Wolves.

Erickson struck out 185 hitters in 113 innings, compiling a 1.44 ERA in taking her place as one of the most feared and dominant pitchers around.

But Erickson’s story goes beyond pitching – and beyond softball, for that matter.

That was just during her sophomore season, too, so Walker has two more years of penciling her in at the leadoff spot for the Wolves.

“I really think we have the talent and the ability to go pretty deep into the postseason,” Walker said. “A lot of it will depend on pitching, and we have one of the best in the area who is back. We have a couple of pretty good kids behind her.

“She just works hard, a phenomenal athlete. She is freakishly athletic.”

Erickson is fresh off qualifying for the Class 3 state track meet in four events – the most possible. She qualified in the 100 and 200 meters, and as part of the 4x100 and 4x200 relay teams.

Her dedication to, and love for, softball has always been evident.

“Then last year she ran track, and always loved the individuality of it. She works out, is maniacal in the weight room.”

Walker has more dominant and experienced players at his disposal, with eight starters back from a 15-9 team that lost to West Plains in the Class 3 District 11 semifinals.

Courtney Scobee is a four-year starter at shortstop who hit .345 as a junior, with catcher Maddison Cantrell a defensive wizard behind the plate. She hit .387 last fall.

Brooke Davis hit .415 last season and is back in right field, and she will serve as the team’s No. 2 pitcher. Sophomore Victoria Scobee returning at second base after turning in a .319 average as a freshman.

Other starters back are first baseman Dusty Welch and outfielders Abby Rudd and Keeley Bauer. Rudd has been a fixture in center field since her freshman season, turning in an assortment of highlight-reel defensive plays.

That has made Walker’s job much easier – and much more enjoyable, frankly.

“It’s a lot more fun,” he said. “There’s still a frustration factor that goes into it. You always think you can be a little bit better, and I think that’s just the nature of baseball and softball. You have a perfect game, and you think about what else you could have done. That’s what I love about this group of kids, they go 3-for-4 and they are upset about the out. They are upset about a double when they could have hit the ball out.

“That’s a ton of fun. They are ultra-competitive here.”

It’s a mindset shared by the players, too. The commitment to excellence and winning is widespread throughout the entire program.

“I have a lot of high expectations,” Courtney Scobee said. “I’m super-pumped for my senior year and we have a lot of athletic underclassmen. I’m excited to see what they can bring for us.”

If there’s any pressure on the players as they try to take the next step in the postseason and challenge for a district championship, they aren’t shy about facing it.

“I welcome that for sure,” Scobee said. “We just got a lot of potential, and I think we can go a long ways if we just keep our mindset right, and if we show all we’ve got.”

One often-overlooked key to a team dynamic is chemistry, and Walker said there are no concerns with that for this team.

“The big thing I’ve noticed and the difference between coaching boys and girls is that girls have to like each other,” Walker said. “The chemistry has to be right, and we have that.”

The Wolves were eliminated by a powerful West Plains team in the opening round of districts last season. West Plains suffered significant graduation losses from that team, and the new district assignments were scheduled to be announced on Friday.

Whatever the field looks like, it’s not a secret that Reeds Spring’s expectations for the postseason are big ones.

“We talk about that a lot, we always set that as our goal, and we want to go farther than that,” Scobee said. “I think we can get pretty close there if we keep it going.”